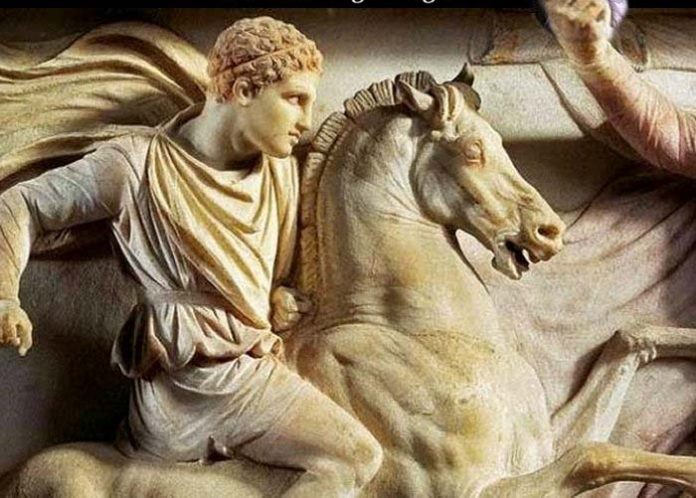 WHEN Europeans first entered Africa, they found the continent not united.

What blacks deemed countries were kingdoms whose borders ended wherever the next kingdom began.

Thus, Zimbabwe alone had many countries within it. For example, nyika yemaKorekore, yemaNdau, yemaNdebele and so on.

People were thus very tribal and nationalism had not been evident since ancient times.

Yes, around 1000 BCE, Africa was united and had a central monarch headquartered in Ethiopia which had a hegemony that stretched to Yemen.

Makeda, who was the Queen of Sheba (Arabia) in this period was the ruler of Africa, with the exception of Egypt.

Ophir was located in southern Africa and it was a key part of her hegemony. For this reason, she was called the Queen of the South in biblical texts.

The likes of Makeda, Tamrin and Menyelek displayed strong traits of nationalism, as their concerns went beyond tribal lines, but all across a large area encompassing most of Africa and all of Arabia.

Before the coming of the Greeks to world dominance around the 4th Century BCE, the above stated hegemony joined together with other nations in Asia.

A total of 127 nations, including, Syria, Persia, Israel, Egypt and India made up the United States of Africa and Asia.

Again, here there was a centralisation of power in Persia.

It was this joint entity that Alexander, the so-called great, inherited after defeating the Persians in battle.

Since this period, Africa and other places in Asia have suffered from colonisation and imperialistic globalisation by the West.

In this period, being nationalistic was outlawed as it threatened the reign of the foreign settlers who wanted to Hellenize their colonies.

Examples of individuals with nationalistic ideals in this period were Mattathias and the Maccabean family. The Greeks declared war on them as a result.

Likewise, Yahshua was persecuted to death for sharing nationalistic ideals which threatened the rule of the Romans.

After the advent of Muhammad, the prophet of Islam, nationalism would reach its peak in Africa.

The vast majority of the followers of Islam, in the days of its conception, were blacks from Arabia and Africa. The Greeks called blacks mavro and the Romans moro, from whence the name Moor was derived and meant ‘black’.

The Moors would begin an Empire which stretched forth from Arabia to Africa, Syria, Iran, Indonesia, Spain and southern France.

They had a central Caliphate which oversaw the hegemony and emirs (lords) who were spread out across the land.

Blacks travelled far and wide, on land and over seas.

They shared resources and knowledge among each other and as a result we find Moorish brick laying styles, symbols like the minaret (conical tower) and titles like Changamire (Zhang emir) in spaced out places like Great Zimbabwe and Timbuktu in Mali.

The founders of the Malian monarchs were descendants of a Sabaean called Zha al Yemen and this shows how open and out of the box the land and people of this region were.

However, after 1492, the Moors fell from world power, only to be replaced by the southern Europeans they educated and civilised in colleges like Toledo in Spain.

By this time the unity that had existed between caliphates and emirates had waned.

The people of Africa were now mostly only organised to the tribal level. This was with exception to Ethiopia which had a central monarch which ruled over the kingdoms of a single nation. This explains why it is the only African country which did not get outrightly colonised.

Otherwise, in places like Zimbabwe, there had been no central King since the advent of Chaminuka who was renowned for protecting many Shona kings and kingdoms from the deadly raids of Lobengula’s armies.

Thus, if a single kingdom was attacked by Europeans, the king would only think to call upon his own tribe for assistance, instead of mobilising all the able bodied young men of the land.

That is the difference between a tribal, as opposed to a nationalistic, state of mind. For Africans to start thinking outside the bounds of their own kingdom and tribe, there had to be some occurrences or individuals who made them realise the importance of uniting kingdoms into nations.

The first Chimurenga, fought in Chindunduma and led by the likes of Mbuya Nehanda, failed mainly because only certain tribes from that vicinity were behind it, as opposed to the united force of the nation.

Thus, African nationalism and unity, even between former adversaries, became necessary as there was now a common enemy, namely the whiteman.

The desire to build a united African nation or nations governed by blacks was pushed heavily by Marcus Garvey, arguably the father of pan-Africanism.

He taught that the same way England is for the English, so should Africa be for the Africans.

He pointed out Ethiopia as an example of what a black nation should be like in terms of sovereignty and independence. As a result, the Ethiopian flag colors of red, gold and green are found on most African flags, including that of Zimbabwe.

Because of men like Garvey, blacks in Africa and abroad began to think of themselves not just as members of particular tribes, but as Africans. In Africa, such men began claiming their right to participate in the governing of their own people.

Before 1945, there were few such men. Notable mentions include a Nigerian politician called Herbert Macaulay who preached nationalistic ideals to blacks via newspapers.

Casley Hayford did similar work in the Gold Coast (Ghana).

A party called the United Gold Coast Convention was later formed and hired a young man who had studied abroad called Kwame Nkurumah.

He travelled and communed with the local people and found that they wanted self-governance, even more than the party.

After Sudan, Ghana was first in terms of acquiring independence in 1957. Nigeria, Sierra Leone and Gambia, among other western African countries, formed their nations and acquired independence in similar fashion.

As for east Africa, it took much more protesting to achieve black national governance.

Jomo Kenyatta was a man who had spent extended periods of time pondering upon Africa and Kenya’s future while studying in Britain.

He became the leader of Kenya after eight years of revolt against whites by a movement called Mau Mau. He was imprisoned throughout this period and was released in 1961, only to be elected President in 1963. Milton Obote of Uganda and Julius Nyerere of Tanganyika (Tanzania) followed suit shortly afterwards.

In Egypt, Colonel Nasser took over the British-controlled Suez Canal in 1956 and became a beacon of nationalist ideals, inspiring the likes of Muammar Gaddafi.

As for southern Africa, the likes of Hastings Kamuzu Banda of Nyasaland (Malawi), Kenneth Kaunda of Zambia and Ndabaningi Sithole and Joshua Nkomo of Zimbabwe were among the first to exhibit nationalist ideals in the region.

Robert Mugabe and later Hebert Chitepo would follow after being well recommended and recruited from Ghana and Tanganyika respectively.

Yet the mineral wealth, good soils and climate of Zimbabwe discouraged whites from granting blacks independence. The same went for South Africa which got its nationalist ideals from the likes of Nelson Mandela and, later, Steve Biko.

Now that African tribes have successfully united into nations, the next step is for African nations to unite into a united states of Africa as was done several times in the past. Only then will Africa experience the full strength of its land and people.