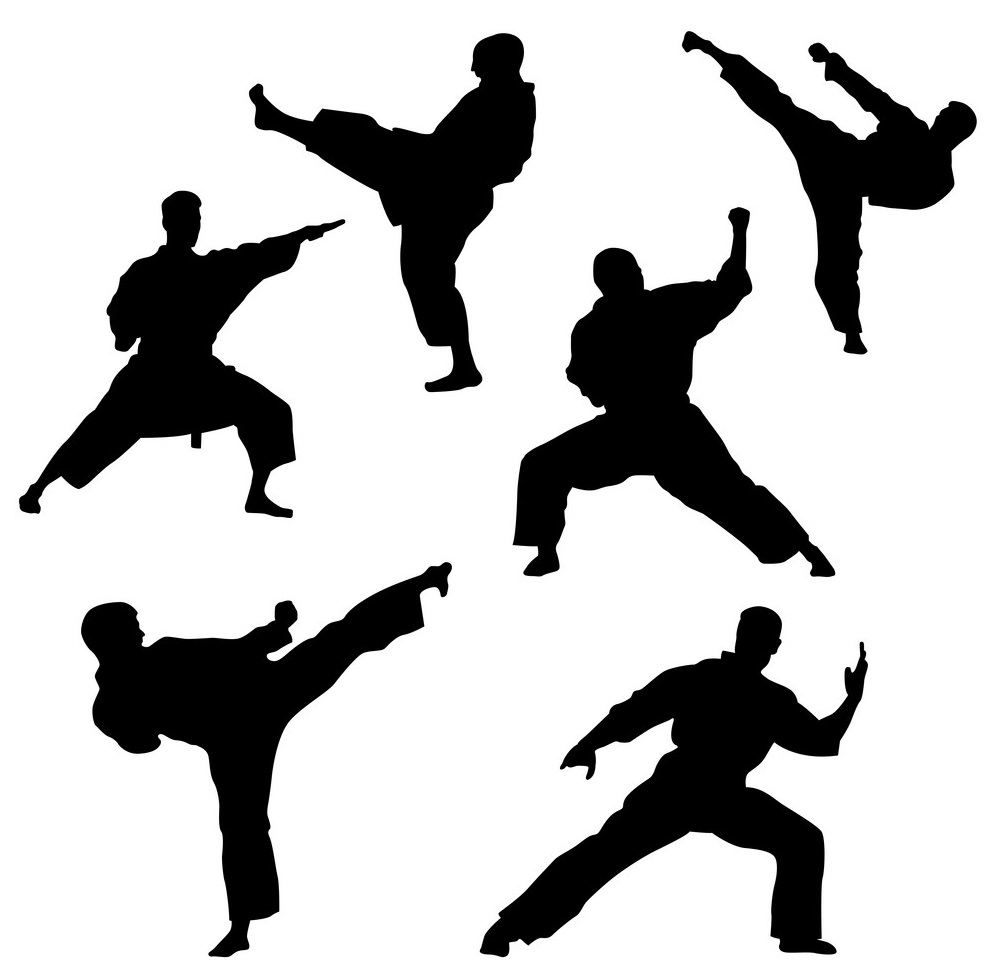 It is a physical activity that is meant for anyone; of any race, sex or age.

Yet the world deems it a thing solely for, and from, the orient.

Gong fu now flourishes in the Far East owing to the popularity of fighting styles like taichi (taiji) and yongchun (wing chun) in China, karate in Japan, taekwondo in Korea and muay thai in Thailand.

However, it would be surprising for people to know that this art of perfecting one’s fighting skills through constant practice was introduced to China by a black race, called Nagas, who originated from Africa.

Individuals like Bodhi-dharma travelled on foot to Shaolin in Luoyang from India.

He practiced on the way and even picked up some fighting techniques and body movements from the animals he met on the way.

He was a deep meditator and would not miss anything useful to the art of fighting as well as understanding nature and the body.

Once he established himself at Shaolin many people became his students and also became gong fu practitioners.

From here, the practice spread to other parts of east Asia where martial arts continues to thrive.

The black founders of gong fu are commemorated by their statues which depict black skinned, muscular men, with locks of hair and sitting with interlocking legs (kupfunya chisero).

Besides gong fu, the Nagas introduced many great things to east Asia, including yoga and Buddhism, through figures like Gautama and Nagarjuna.

Being of east African origin, unsurprisingly, the word Naga was derived from nyoka meaning serpent and also n’anga meaning genie.

Thus, the Nagas were called ‘long’ in Chinese, meaning dragon/serpent.

This dragon title eventually meant lord/emperor in China and would also be used by grand practitioners of gong fu.

But because the gong fu masters honoured the original Naga founders of the art, they called themselves little dragons (xiao long).

The now derogatory title for blacks, namely ‘nigger’ has its origins in this word ‘naga’.

This is an endearing sign of respect towards blacks which remains evident in South Korea where they call blacks big brothers (heunghekeong).

Blacks passed the art to the Asians, and the Asians to the West, then it came back to Africa where it began via formal educational co-curricular activities.

But what we have in Africa is mostly Western-based martial arts, which has its foundation in Japanese styles like shotokan, gyojuru, jujitsu and kyokushin, among others.

By the time Japan caught on to gong fu, the divisions and consequent styles; north as opposed to south, hard as compared to soft, had already begun.

Japan and Korea were interested in the hard form from the very beginning and, as a result, some gentler moves or concepts were almost completely abandoned in their fighting styles.

The main reason martial arts became a thing of interest to the West is because the US defeated Japan in the Second World War and thus, had access to the Japanese form of martial arts as their troops were, and continue to be, stationed in places like Okinawa.

In many cases, it no longer became karate in its full essence, but karate training for the Westerners.

Even the Japanese language was softened to be palatable to the English-speaking foreigners, resulting in many of their words being Japanised English words.

This Anglicisation of the Japanese language led to the construction of a writing meant to exclusively express non-Japanese words.

Thus, Africans are yet to be exposed to gong fu in its totality, with its deep philosophy that was founded in doctrines such as the tao (dao).

The dao meant the way (gwara) and was yet another feat introduced by blacks to China.

It directs and unites mankind, putting people on a common path and setting a standard of what is deemed right and natural.

It is thus similar to hunhu/ubuntu.

One of the founders of the Zhou Dynasty in the Kunlun Mountains was a wealthy queen mother from the west (Africa) called Xiwangmu. meaning Western queen mother or mother of Western kings.

This was 1 000 years before the current era and in this period, Africa was as far west as one could go.

There was no notable civilisation in Europe and the Asians had not yet crossed the Bering Straits to the Americas.

Seeing that this woman was associated with a strong monarch, herbs, spirituality and Africa, the only figure who lived in this time and fits this description was Makeda, the queen of Sheba.

She and the rest of the first dao practitioners were of the Zhou Dynasty.

In connection to this, Makeda was the mother of a son of Solomon who caused for other nobles from Judah and Israel to move permanently to Ethiopia (Axum) and Yemen (Saba) to serve him and his descendants afterwards.

The short name for Judah is Jew in English, but in Hebrew, these names are written as Yhwdh (Jehudah) and Yhw (Jehu) respectively.

Yhwdh is a combination of the words YHWH (God) and hodah (praise).

So the Chinese name Zhou, which is often spelt by Westerners as Chow, was most likely derived from Jehu (Jew).

This is not far fetched as the dao was very much like the biblical teachings of the Old Testament in terms of encouraging righteousness and morality.

Moreover, the Remba, a group descendant from the house of Judah in Yemen (Saba), and now in Zimbabwe, continues to use the name Zhou as a surname and tribal name.

If the dao, along with gong fu, are reintroduced to the blacks of Africa, much freedom, discipline, purpose, joy, sound health, self expression and security would be achieved in a life-long practice of effectively using one’s time to improve and perfect one’s skill.

The yin and yang interdependence brings completeness to the practitioner.

It means opposites that complement each other such as male and female, sun and moon, hard and soft and so on.

One cannot do without the other.

When one peddles a bike, as one leg steps, the other is suspended. In hardness there maybe strength, but in gentleness there is control.

One needs to become like water, having no fixed form, in order to be able to assume any and all forms.

Such information is contained in daoist books like the Daodejing which was written by Laozi of the Zhou Dynasty.

Formlessness can be achieved by learning authentic and traditional types of gong fu such as taichi along with the written philosophies associated with it.

It also can be achieved by learning multiple styles of martial arts as opposed to being imprisoned and loyal to just one.

In this way, one can learn to throw from judo, to punch from boxing, to kick from taekwondo, to use knees and elbows from muay thai, to flip from capoeira and to grapple from wrestling, among other techniques.

Bruce Lee came up with jet-kundo, a style that encompasses all useful elements from the various martial arts disciplines he was exposed to.

His open minded inclusiveness made way for mixed martial arts which has become overly popular.

Blacks are the most physically prominent race on earth.

It is only right for the practice of gong fu to return to its founders, the blacks of Africa, whose ancestors moved to Asia and taught the Asians the art of fighting.