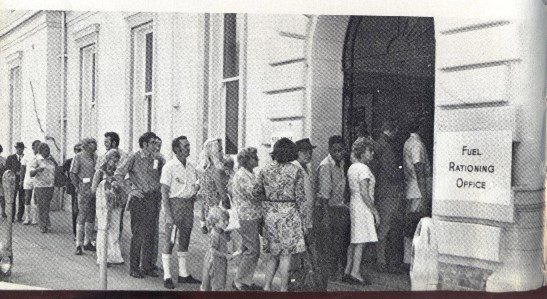 AIR Marshall Perence Shiri left for Tete and briefed Cde Tungamirai and Mark Dube of the decision to attack the Salisbury Fuel Depot.
“After the briefing, Cde Tungamirai instructed us to go to Tembwe and identify comrades who would undertake the mission,” said Cde Shiri.
It was most probably Cde Shiri and Cde Dube’s unconventional method of selection of fighters that saw comrades from Tete succeeding in the mission to attack the most heavily guarded economic asset in Rhodesia.
The two commanders, Cde Shiri and Cde Dube, knew exactly what they wanted in the eight fighters who took four months to execute the mission having travelled from Mutoko to Domboshava on foot and then got into a vegetable lorry and a removal truck to get into Salisbury.
“We gathered all the trained comrades, focusing on males, on hindsight we could have also chosen females to make the infiltration much easier,” said Cde Shiri.
“We asked for those who knew Harare very well and dismissed those that did not and then asked for those that knew Mbare dismissing those that did not.
“We went on to ask for those who knew Harare Hospital and surrounding areas and those that did not left.”
For the mission to succeed, determining knowledge of the city’s topography and how streetwise the fighters were was not sufficient.
Thus the selection process continued, becoming more interesting.
“Of the remaining fighters we asked for those who had at some point smoked marijuana or were still smoking and the ones that had were asked to remain and everybody else asked to leave,” said Cde Shiri.
“Of course smoking mbanje was not permissible, but the mission was so suicidal it needed that.
“Eventually we had our eight men, Cde Member Kuvhiringidza, Cde Lobo Smoke, Cde States America Mudzvanyiriri, Cde Take Time, Cde Nhamo, Cde Damage Bombs, Cde Norest, the youngest at 17 and Cde Wonder.
“We were convinced these men would succeed, they had the requisite characteristics, were daring and brave; they were perfect for the mission,” said Cde Shiri.
From the onset, he said, the mission and team were geared for success.
“Not only had we chosen the best, when we returned with the nine fighters our reception was extraordinary to say the least, a spirit to succeed was infused in them in an unbelievable manner,” Cde Shiri said.
“When we arrived, at around 5 o’clock as the sun set, Cde Tungamirai personally welcomed us and slaughtered a goat.
“And he took it upon himself to prepare our supper.
“When it was time to eat the comrades refused, they could not understand why such a senior officer had cooked for them.
“I took them aside and convinced them that it was a way of showing that we were a special unit with a very special mission.
“I washed my hands first urging them to follow suit.
“Cde Tungamirai dished the food.”
Cde Tungamirai went on to personally allocate the fighters accommodation and continued with the routine at breakfast, lunch and supper for two weeks prompting Cde Shiri and the fighters to declare that they were on a ‘special diet’. After the two weeks, Cde Tungamirai declared: “now you are fit and ready to undertake any military task.
“Now I will hand you over to your commander (Cde Shiri).”
Before loading their weapons, the fighters did not yet know their mission; Cde Shiri wrote a letter that they were supposed to carry.
“I wrote a letter with a typewriter, using red for emphasis, addressed to all ZANLA Forces informing them that they were not to interfere with the fighters, but facilitate and provide them with anything they needed and allow them free passage through operational areas,” said Cde Shiri.
“We then drove off for the mission.
“I am the only one who knew where we were going and I fell asleep and woke up in Nyamapanda near the border when we were stopped by FRELIMO soldiers.
“We nearly drove into Rhodesian forces.
“We made a U-turn and drove to Chingwere Base, along Rwenya River, where we launched incursions into the country.
“I summoned Chitekedza the area commander to meet me.
“We then walked to the border where for the first time I explained the nature of the mission.
“I then handed the comrades to Chitekedza and returned to Tembwe.”
It was after four months while he was in the Nehanda Sector that Cde Shiri first heard of the news of the success of the attack, but he did not know which unit had succeeded as three had been sent to carry out the same mission.
“One afternoon in December, while I was in Chingwere, I heard the ZANLA guerilla access code ‘pamberi’ and when the approaching fighters saw me they shouted “shefu takarova!” said Cde Shiri.
“We hugged joyously and they explained what transpired giving every nitty-gritty of the mission.
“Immediately, we left for Tete to brief Cde Tungamirai.
“When we arrived we shouted together “shefu takarova!” and again the detailed de-briefing took place and on finishing Cde Tungamirai ordered the trucks to be refuelled and headed for Chimoio to brief Cde Tongogara.
“On arrival he (Cde Tungamirai) shouted Shefu takarova!”
After the debriefing by Cde Tungamirai, Cde Tongongara headed to Maputo to debrief the ZANLA leadership.
Cde Shiri says the High Command knew that victory was certain.
“We did not doubt that we would succeed because by 1978 we were transforming from guerrilla to conventional warfare and using heavier weapons,” Cde Shiri said. “We had begun fighting positional warfare and infiltrating urban areas.
“To show how a powerful force we were, we had created liberated zones in Mutoko and Rhodesians had abandoned the area.
“For instance, we had liberated 73 out of 76 ‘Keeps’ in the Takawiria Sector.”
The successful eight fighters that helped to turn the tide of the war were sent to Yugoslavia for further military training.