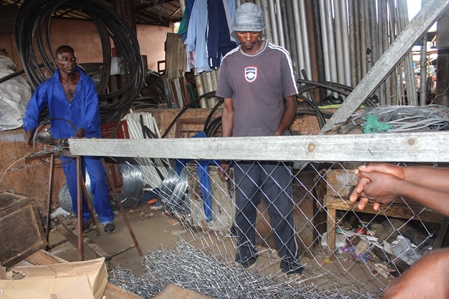 BLACK economic empowerment should be a three dimensional movement.
Its success relies on the composite efforts of Government, the private sector and young entrepreneurs.
This is mainly because of the social prejudices that affect the business activities and lives of black people across the continent.
Some governments such as in Zimbabwe and South Africa have enacted laws whose aim is to give black people legitimate opportunities to participate in big business.
However, the enactment of these laws does not change the social dynamics of racism that exists in the business environment.
The millennial generation, comprised mostly of ‘born frees’, is clamouring for economic empowerment.
Born between 1980 and 2000, most Millennials were born after independence. Entrepreneurs from this age group did not experience colonialism first hand and yet their business endeavours are still harmed by racial profiling.
Young African entrepreneurs cannot stomach the blatant and tacit prejudice that makes it difficult for them to do business and become rich.
They have accepted the harsh reality that political independence and economic emancipation are not synonymous.
One cannot help, but notice how opulent other races are in contrast to the poverty that destroys blacks and forces them to resort to crimes like drug dealing, prostitution and gold panning.
They have outrageous opportunities to get ahead in life and create wealth while blacks are only left to admire the luck that these other races seem to have, which is indicative of the fact that there is something that needs to change in the system.
During colonialism, blacks were systematically excluded from participating meaningfully in the national economy.
Big business was reserved for white people.
Blacks were only allowed to run businesses that serviced segregated markets such as local grocery and bottle stores.
Since they were systematically marginalised, they were denied chance to develop their skills and make more money.
At the same time, these laws accelerated white businesses.
For instance in Apartheid South Africa, the Native Act of 1923 encouraged local authorities to limit black commerce to small segregated areas.
In turn, it also compelled local authorities to discourage black businesses that would possibly compete with white businesses that wanted to operate in these locations. The obvious thing here is that if a white person decided to operate in a segregated market, it meant that there were big bucks to be made.
So not only were black businesses segregated to limited spheres, they were also excluded from doing lucrative deals within their secluded communities.
The ensuing result is that our society began so see this imbalance as a default setting; blacks are natural small timers while other races are ten steps ahead.
A notable exception is South African business tycoon Richard Maponya who managed to set up a thriving business despite the operation of racist laws.
In Africa today, the black businessman is still regarded as a second tier participant in the economy.
The inferiority and superiority complexes created by the old system are still etched deep in our mindsets and they inform the business philosophy of the day. People still ignorantly think that blacks lack the business tenacity and sophistication of Caucasians or Asians.
Young black entrepreneurs are confronted by this bigotry every day. Their efforts to become wealthy are met with scepticism and they are not taken seriously because in this part of the world, our understanding of business is that Caucasians and Asians are better people in general and therefore they are likely to yield better results.
Much as there are no laws that segregate our businesses, our entrepreneurs are stone walled because they are regarded as small timers.
Even in exceptional cases where a black person makes a fortune, the media and other blacks pedal all sorts of negative falsehoods about how such a person made it to the top.
The result is that young people are made to think that a black person cannot become rich unless he does something illegal or supernatural.
Corruption also undermines black businesspeople.
In Zimbabwe, it recently came to light that a lot of executives in state-owned firms were skimming money from the organisations they were running.
The result was that these firms were failing to meet their obligations which led to their demise.
In the private sector, the banks are also complicit in corruption.
There are several banks that were put under curatorship because their shareholders were giving themselves non performing loans and this eventually compromised the institutions and their customers.
In the midst of all this, these executives who are supposed to be the standard of good black business practice were splurging money on the finer things in life while killing the goose that laid the golden eggs.
Corruption in Africa, either in the public or private sector reinforces the stereotype that black people are no good kleptomaniacs who are lazy and fixated on short term benefits.
They are subsequently seen as undeserving of the chance to participate in businesses because everyone assumes they will squander whatever opportunities they are given.
Moreover, it erodes the all important trust factor that underlies all business transactions.
Black economic empowerment faces many social challenges that are race related.
It is therefore not Government’s sole responsibility.
The shameless attitude that society has towards all things black shows that governments can only go so far in empowering blacks.
As previously noted it is a three dimensional policy whose success hinges on a simultaneous buy in from all sections of business and society.
Efforts to empower the youth can be spearheaded by the Government, but there are other key stakeholders who should make these policies kinetic.
To be continued