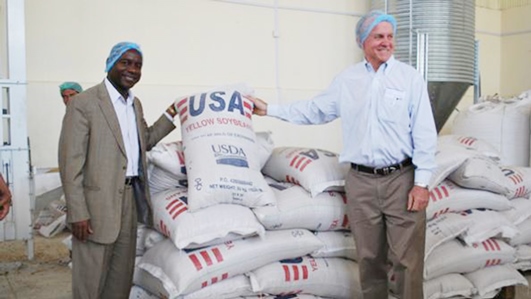 WE continue this week with what initially started out as a four-part series, but has turned into a six-part series.
The other most important commission is the Judicial Service Commission.
This has been there since time immemorial, but it is often a target for unscrupulous and undue influence.
The power of the judiciary is well known among all and its importance in being the checks and balances for the legislature and the executive is what makes it so attractive.
The current move that has been there has been to try and influence judicial decisions to favour the non-governmental organisations (NGOs).
I believe Zimbabwe has done its best in terms of having a very independent judiciary.
A lot of decisions after due process of law have been in the right direction.
Many cases that did not have a basis at all have often resulted in acquittals.
However, this is not enough for NGOs who want to continue pushing and pressing for their own agendas to the detriment of the whole society.
I have seen over the years many proposals in the NGO fraternity that are calling for training of the judiciary.
With all due respect, our judiciary is well trained and we have what I can term the best law school in Zimbabwe.
Even those who come and write their bar exams in order to practise are taken through a rigorous screening exercise.
In my opinion discussions are sometimes better than training. NGOs want to retrain and indoctrinate the Judiciary.
I am of the belief that in order to have a truly functional judiciary, they have to understand the cultural context in which they are working in.
The call ,however, that the NGOs almost always ever make is a Western ideology that they seek to entrench in our judicial system. This then for them ensures that their jaws of colonialism are tightly sunk around our system.
The functions of the Judicial Service Commission are as follows:
l The commission may tender advice to Government on any matter relating to the judiciary or the administration of justice, and the Government must pay due regard to any such advice.
l The Judicial Service Commission must promote and facilitate the independence and accountability of the judiciary and the efficient, effective and transparent administration of justice in Zimbabwe, and has all the powers needed for this purpose.
l May make regulations with the approval of the Minister of Justice for any purpose set out in this section
l An Act of Parliament may confer on the commission functions in connection with the employment, discipline and conditions of service of persons employed in the Constitutional Court, the Supreme Court, the High Court, the Administrative Courts and other courts.
From the above functions, one can see clearly just how much the commission wields and how working and manipulating them from the point of view of the NGOs would definitely suit their purpose and work to their advantage.
The major hype at the present juncture is that of the Constitutional Court.
A lot of money is currently being poured in by donors for cases to be taken to the Constitutional Court so that the process of realignment of laws can begin.
It is all well and good to realign the laws to the Constitution, but I believe that manipulation and tricks of seeming that the NGOs are after the good of the country and not just their salaries and further funding is a facade.
I urge the commission to be wary of requests that come from time to time for permission to conduct trainings, sensitisation workshops et cetera of the judiciary.
What has killed our African way of doing things and our ubuntu/unhu conceptualisation of cases is exactly that which NGOs call us to do; to ignore the cultural realities and import Western notions of doing things.
We need to safeguard our heritage and conduct our affairs and judgments in an all encompassing way that does not break the family fabric.
A typical example is that of divorce.
In our culture, one cannot just wake up divorced because there is so much that ties families together.
A divorce is not just about two people and is often the very last solution after all else is tried.
Now we are having Western notions training NGOs that they must train the judiciary to speed up the divorce processes.
This is un-African and is a Western notion that is now tearing our moral fabric.
Please Judicial Services Commission, be careful of wolves that come in sheep’s’ clothing.