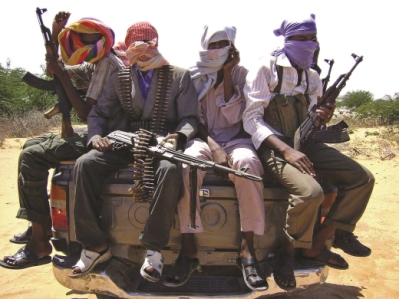 WE have finally reached the finale of the commissions versus the non-governmental organisations (NGOs) agenda.
We looked at the general agenda and then got into detail commission by commission.
The Human Rights commission, Gender Commission, Peace and Reconciliation, Judiciary and this week we take a closer look at the Media Commission.
Oh the media, how glorified thou art!
Not for no reason at all, but for every reason.
The media is a tool for warfare and I believe is the most dangerous commission of them all.
Wars have been started through misuse of the media and peace can be brought to the nation just by using the media.
It is this one in particular that I chose to end with to serve as a great warning to all stakeholders.
The Rwandan genocide was started by the misuse of the media.
Someone woke up and started the war, by saying, “Let’s kill those cockroaches,” and they were referring to the ‘Tutsis’.
It was just a sentence that was used over and over again and by the end of the day, thousands of Tutsis and ‘Tutsi lovers’ had been killed. It was a sad time for Africa and at the end of the genocide, hundreds of thousands were dead.
Some say that this genocide was propagated by the Belgians although it has not really been proved.
I agree though that there was some Western interference and serious meddling and pushing because it does not make sense for the rebels to have been having fresh ammunition everyday without having had assistance from the outside.
Anyway, that is a story for another day but the key issue is that the media can be used to the detriment of all.
It can be a weapon for good or for evil.
One will find that at that time, NGOs were some of the greatest noise makers for pushing for a media commission.
They went on and on about how the media has to be independent and free from control and how it should give accurate coverage and both sides of the story.
While I agree with the cause for media independence, it is the intention or motive which made me worry.
One will find that a lot of the so-called private media is funded by someone and in most cases, by donor agencies or ‘independent’ individuals who are tied to some particular donor behind the scenes; I then question just how independent, independent is since one often cannot bite the hand that feeds them?
I once approached an ‘independent’ donor, wanting to seek funding for a radio programme and I really wanted to partner with Sports FM whom I was yet to approach.
I was told that they would have funded me if I had been working with a ‘private radio station’ like Studio 7 and that they would consider if I sent through a proposals which include the likes of such stations.
I went away shaking my head because I could not for the life of me understand what the difference was.
I actually felt that the type of groups I wanted to reach out to listened more to Sports FM than the coverage for Studio 7.
To cut a long story short, from this illustration we can see what the fuss is all about in terms of having a Media Commission.
The Media Commission needs to be very careful lest it be used for regime change agenda.
I totally support full and fair coverage, but the question is whose standard of fair is it?
For those donors and NGOs, fair would mean not telling the whole story when it comes to the disadvantages of aid; and not working on digging out the truth for the ulterior motive which they have, life unfortunately does not work like that way.
I think that is not fair at all in my opinion.
One will find that a lot of funding is going to be dangled like a little carrot in front of the Media Commission and if they are not careful they are going to be found spending a lot of time in hotels and in workshops and failing to be relevant to the communities they are being tasked to serve.
Overally, we need commissions that are afro-centric and that are for the people.
We cannot allow re-colonisation to take place right before our eyes through the abuse of structures that have been set for everyone’s benefit.
Commissions are meant to serve and protect and to be independent both from government and donor and NGO agendas.
As Zimbabweans, we need to be careful.
We ought to question everything until we are satisfied that it is to our advantage.