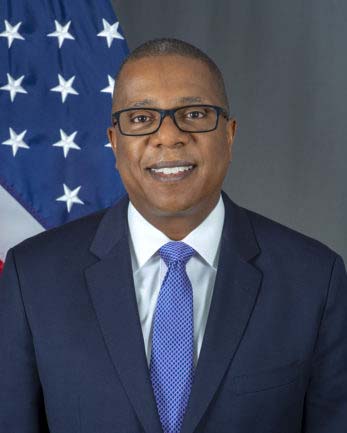 THE 39th Ordinary Summit of the Heads of State and Government of the Southern African Development Community (SADC) and preceding meetings is taking place in Dar es Salaam, Tanzania from August 5 to August 18.

Interestingly it is when the Heads of State and Government meet that Zimbabwe’s puppet opposition party MDC Alliance is set to hold its mass demonstrations against the Government.

A few weeks ago, I pointed out that this has become the opposition’s modus operandi – create incidents each time there is a major event in the region or on the continent in an attempt to seek attention and place the international spotlight on the country.

Last week was the anniversary of the violent demonstrations that rocked Harare at the instigation of the MDC leadership post the 2018 elections.

True to form, there was an attempt to push the national mood in the country against Government and ZANU PF.

In the days leading to August 1, there were flutterings here and there, designed to manipulate the national discourse such that conversations would focus on the allegations that Government was responsible for the tragic events that occurred last year. When this subtle push failed, it was time to bring out the big guns.

The US Embassy, which has become more like a lobbyist for the opposition, once again showed its hand in the whole sordid affair.

Its main objective is to continue reinforcing the allegation that the Zimbabwe military is responsible for the tragic events of August 1 2018, more specifically the death of six citizens.

In fact, the US Ambassador, Brian Nichols, claims six civilians were killed by the country’s security forces, but provides not a single shred of evidence to back this claim.

The US is all about ‘transparency and accountability’, and one would think it would be prudent for the US Ambassador Nichols to have walked the talk.

Who carried out the so-called investigation that led him and the Embassy to conclude that the six civilians were shot by the security forces?

Did the US Embassy carry out or sponsor an investigation into the August 1 event and if so, is this allowed under international law?

The Motlanthe Commission of Inquiry, which the US through Ambassador Nichols harps about did not say that the police and the soldiers killed anyone; the only people who have been making such allegations have been members of the opposition in attempts to drown out their culpability in the events of that day.

It then begs the question: Why would a whole Ambassador reduce himself to a propaganda mouth piece for the MDC Alliance?

What is the motive behind the attempt to smear the country’s military over events that, albeit tragic, the nation is moving forward from?

The crucial findings of the Motlanthe Commission were that:

a. The demonstrations which became riotous and caused extensive damage to property and injury had been incited, pre-planned and well organised by the MDC Alliance;

b. The particular circumstances prevailing on the day justified the deployment of the military to assist the police in containing the riots; and

c. Six (6) people died and thirty-five (35) were injured as a result of actions by the military and the police.

So, when the US chooses to ignore the catalyst to the events of August 1 and focus on the reaction to the events, the only conclusion that any sane person can draw is that the US might have had a hand in the riotous demonstrations that were ‘incited, pre-planned and well-organised by the MDC Alliance’.

The line that Harare is not implementing the Commission of Inquiry’s recommendations is not only absurd but further exposes the agenda of those making such allegations; which is an attempt to erode the goodwill that Zimbabwe is receiving across the globe.

The Commission made several recommendations.

Some of the key ones concern:

a. Payment through a special committee to be set up by the Government, of compensation for losses and damages caused including, in particular, support and school fees for the children of the deceased;

b. Promotion of political tolerance and responsible and accountable leadership and citizenry;

c. Electoral reforms including the development of Information Communication Technology (ICT), to, among other things, enhance the transparent and expeditious announcement of election results;

d. The enforcement of law and order in order to ensure that the events of the 1st of August 2018 are not repeated;

e. Accountability in respect of the alleged perpetrators; and

f. Nation building and reconciliation including an initiative for multi-party dialogue and co-operation.

The only people not making any effort to implement these recommendations are those in the MDC Alliance who are, week-after-week, threatening to ‘overthrow’ a democratically elected Government.

Despite all the tweeting and statements, Zimbabweans did not really buy into the agenda-setting by the opposition and foreign embassies who were making noise.

It was time for the ‘knockout’ punch which was the announcement that the State Department had placed Ambassador Designate to Tanzania, Anselem Sanyatwe and his wife, Chido Machona, under sanctions.

Well, that did get Zimbabweans talking, but not in the way they wanted as it once again re-ignited the debate on US hypocrisy when it comes to human rights violations.

My two cents in the whole matter is this: Why is Machona being placed under sanctions?

She is not a member of the military establishment but a mere housewife.

So why would the US place such an individual under sanctions? Is that not a violation of Machona’s rights?

The US has set a precedent, that individuals can become guilty by association.

Is this the kind of action that any sane establishment should think of adopting?

Coming back to the August 16 demonstrations that the MDC Alliance intends to stage; it is an open secret that this will be used to divert attention from the agenda of the SADC Heads of State and Government Summit in Tanzania to focus on Zimbabwe.

That Zimbabwe is off the radar when it comes to SADC, AU and UN gatherings remains a sore point for the opposition and the regime change handlers.

The provocation of security forces, threats of uprisings and violent demonstrations are just bait being used by the opposition to create a situation that provides it and its handlers, some of them who have become ‘Twitter diplomats’, to issue statements condemning Government.

At a time when Zimbabweans, and the world at large, should be joining hands to rebuild our country, it is disgusting that a few men and women are burning the midnight oil plotting and planning on how best to exacerbate the suffering of the ordinary Zimbabwean for their political expediency.