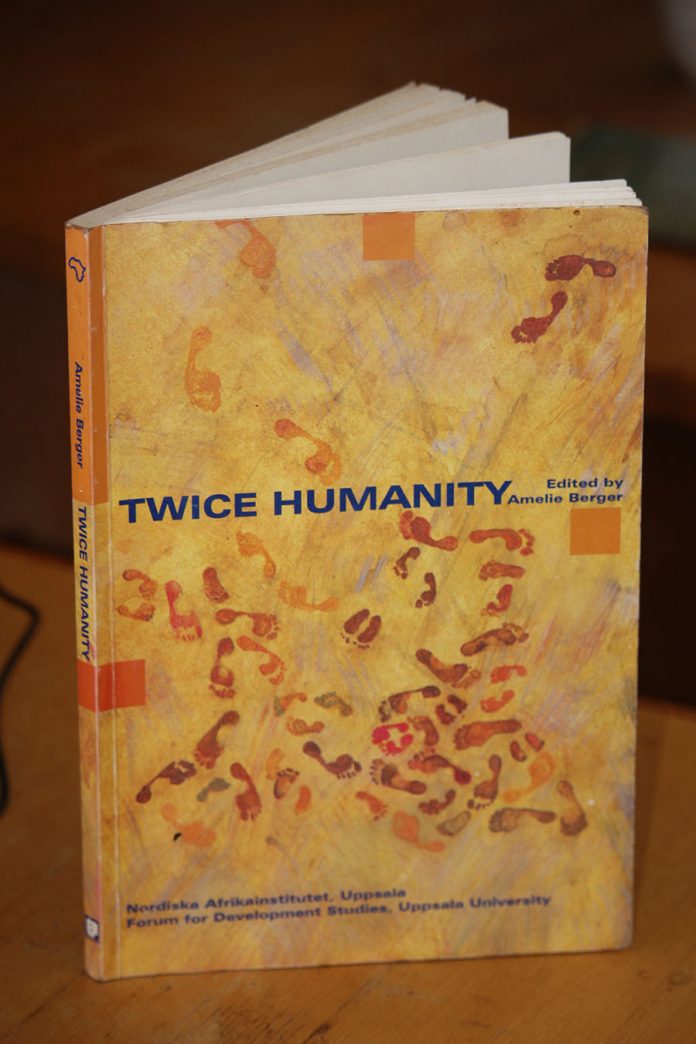 Twice Humanity: Implications for local and global resource use

NATURAL resources are fast dwindling, the world over, forcing the resource-depleted West to look towards Africa and other developing nations for scarce commodities.

Exploitation of natural resources, that include land, wildlife, water and forests, has subsequently led to various  conflicts.

The book under review this week is part of an outcome of a conference held in 1998.

It consist of selected scientific papers, written by a wide range of young and senior researchers representing archaeology, anthropology, agriculture and forestry sciences, botany, economy, philosophy as well as theology.

The first keynote address by Louise Fresco points out the world is likely to face problems due to the increase of population versus production of food.

She pointed out the risks and possibilities for increasing food crop production to meet the demands of the growing population.

Fresco highlighted that the introduction of the Green Revolution in Western Europe, the US, Asia and other parts of Latin America led to an increase in land and labour productivity.

Unfortunately many parts of Africa are yet to benefit from the Green Revolution type of production. Therefore, she suggests that production could be switched to root crops.

Fresco argued that taking more land into use was not possible but the best option was to increase productivity through a combination of increasing inputs and reducing losses.

“The doubling of humanity also implies important and often conflicting demands on land for purposes of nature conservation, recreation and urban development

This means that agriculture has to aim at a most efficient use of the scarce resources (land and water) and at product quality rather than just quantity,” Fresco said.

Mhloyi uses examples of countries such as Zimbabwe, Kenya and Botswana to show the decline of fertility rate.

She argues that the economic situation in a country can have a strong impact on societal and family issues.

Mhloyi stressed that as a result of globalisation and modernisation, education of children is considered very important.

“The value of children is of great importance but the costs and benefits of children enhance survival, prestige and security for the parents but it is no longer certain in today’s rural areas where land is becoming more scarcer,” said Mhloyi.

Another interesting paper is by Paul Sinclair titled: ‘Humankind in Africa: A long-term perspective on Socio- Environmental Interactions.’

The paper focuses on the development of humankind in Africa, impact of climate change and food production and urbanism in Africa.

There is no doubt that climate change has badly affected Africa, leading to poverty.

Sinclair pointed out that the introduction of technology has, however, made it possible to link human environmental interactions of the past and relate them to present day.

“The external demands and trade goods stimulated change in African states as is evidenced by the occurrence of trade items in most African state capitals and centres of power,” wrote Sinclair.

Sinclair argued that understanding the long–term relationship between exploitation of natural resources and the process of urbanisation is crucial for understanding today’s ‘ecoflicts’ in Africa.

Some of the interesting papers in the book include Amelie Berger’s, which talks about the need to find sustainable solutions to the problems of feeding an increasing population in Africa.