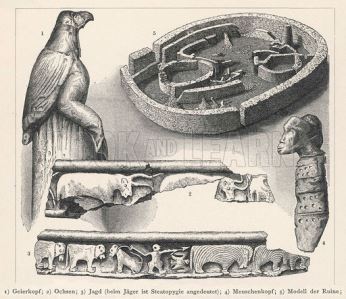 LAST week I helped transport a piece of art that a friend of mine had bought from an antiquities shop in Harare.
It is a rectangular ‘couple’s bed’, carved out of hard wood and with elaborately decorated headrests.
The bed’s four corners are adorned with in-situ sculptures of a man on one side and a woman on the other.
The artiste paid amazing detail to emotional and physical attributes of the human figures.
All the figures are ‘obscenely’ showing off their genitalia.
The art work was created in the Democratic Republic of Congo, and judging by its patina, appears fairly old.
According to a catalogue in the shop, the piece was intended to ward off witches during the night.
Explicit exposure of genitalia presumably had a ‘return to sender’ impact on witches.
When we finally got the piece to its new home, I had two questions on my mind; had due process been followed in its original acquisition and where and how was it going to be displayed in the new home?
About the former, my friend felt that was not an issue since it had been bought from a reputable shop and there were supporting receipts.
To the latter she proposed that it would be a viewing piece on her veranda and was intended to generate conversations when she hosted visitors.
Immediately the piece started generating conversation.
We discussed its meaning and interpretation and bemoaned the dearth of related village art in our own communities.
I grew up during an era when village visual art had almost died.
Remnants of it could be seen in a few craft works by the occasional potter, thatcher, wood carver and reed basket maker.
Artistic creativity, usually chevron motifs, would be applied to the finishing of these works.
‘Pattern’ we called the creativity.
At school, we signed off our written work with similar ‘pattern’.
Herding cattle we also had a go at clay moulding where emphasis was on recreating emotional and physical attributes of known people and cattle.
Selection and mixing of the clay was also an art on its own.
At school during time for Craftwork, we recreated these play images.
We also made wire toys and drew images of prominent personalities in Rhodesian history; Cecil John Rhodes, Leander Starr Jameson, Bishop Knight Bruce and Bernard Mizeki.
My friend Noel was particularly good at drawing the image of Rhodes – especially the eyes, hairstyle and moustache.
Later in my teen-hood, I attended kugova nhumbi – a traditional ceremony to dispose of a deceased’s material possessions in the village.
An item called ‘chinu’ caught my attention for its elaborate beadwork.
I later learnt it was a container for marital oils passed on from tete or mbuya to muzukuru.
In these days of tsikamutandas, the chinu can easily pass for a goblin.
For the sake of their new found faith, many creators and keepers of village art have abandoned the tradition.
What I grew up on were remnants of a tradition that has been battered for over a century by Christianity.
Village art and Christianity, like oil and water, do not mix.
The oldest art in Unyetu are rock paintings on nearby granite hills.
These paintings we knew as Bushmen, Mandionerepi, paintings.
A great deal of work is now available to help us understand this painting tradition by San communities.
Archaeologists have helped us in linking the painters to the late Stone Age communities that inhabited most of Southern Africa 2 000 to 30 000 years ago. Anthropologists also helped us understand the meaning of some of these fine paintings.
The rock paintings that dominate the village landscape are largely conceptual, symbolic and religious in content.
The paintings reflect the mental and spiritual life of the communities that gave birth to the painters.
The artistes, through these paintings, sought to communicate, through metaphor and symbols, complex messages concerning nature, life and death.
A recurring theme in San paintings relates to dancing and trance.
Dancing is depicted violently and its intensity is captured in the dances of surviving San communities in the region.
It is a way of expressing religious and aesthetic feelings.
A successful dancing performance induces trance in some of the participants.
This is when a dancer becomes rigid, trembles, falls, sweats and bleeds from the nose. In that state the dancer’s spirit leaves the body and interacts with members of the spirit world.
Trance, in some ways, has similarities with the Shona kusvikirwa (spiritual possession).
In the latter, trance results in a ‘foreign’ spirit temporarily occupying the body of the dancer.
Shona art, consisting of clay and soapstone creations, is common in archaeological collections.
The most famous of these are the Great Zimbabwe soapstone birds and the Alta site figurines in the collection of a British museum.
The Shona art tradition disappeared with the coming of Christianity.
If art is inspired by beliefs and religion, rapid Christianisation of Shona communities left Shona art destabilised and in search for a new spiritual home.
For half a century, Shona art was in the wilderness.
In the 1950’s, Frank McEwan, a founder of the National Gallery of Zimbabwe, encouraged a group of African artistes to find and express Shona traditions and spirituality in their artworks.
This gave birth to a new Shona art movement inspired by Shona mythology.
The movement blossomed in the 1960’s under the influence of Tom Bloemfield of Guruve, whose ‘studio’ gave birth to world famous sculpture artistes like Henry Munyaradzi, Nicholus Mukomberanwa and Bernard Matemera.
In the same way, the Madonna, artistic representation of Mary with or without child Jesus, catapulted Leonardo da Vinci and Michelangelo to global iconic status, Shona religion has brought global fame to our sculptor artistes.
But, sadly, in an education system at war with its past and identity, our art may have to look to the ‘Virgin Mary’ for inspiration.