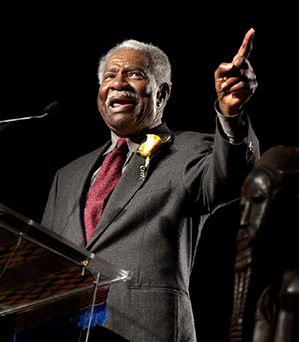 DEMOCRACY is a political structure that gives full opportunity to debate towards a cooperative end, not a divisive end.
It establishes a scene for those engaged in debate to enjoy maximum opportunity to present their ideas for the purposes of decision-making for nation building, without intimidation or fear of victimisation or punishment.
The highest ethical ingredients of democratic debate are therefore fairness and justice according to Dennis Day.
But to borrow Michael Sandel’s words, a closer look at the political discourses in our country on contentious issues such as the age of consent to sex and marriage in our laws and Constitution, shows that the debates oftentimes result in acrimonious quarrels and attacks on each other as if one man or woman is to blame.
Ossie Davis, a famous African American once said, “It’s the plan, not the man.
“It’s the map, not the rap.”
Rather than spend valuable time personalising the issues, the wise thing to do is to look at our laws and Constitution very closely and agree on the necessary amendments, if our debates are to yield the desired results for our nation.
Some may say personal attacks in parliament, politics, the media and public forums cannot be classified together as defamation, but as the saying goes, “A rose by any other name is still a rose.”
By the same logic, “Defamation by any other name is defamation”, as long as its purpose is to take advantage of public platforms to demean a person’s image where they do not have a fair chance to reply.
If they try, they are jeered.
The crowd is already incensed by disdain against them.
Later apologies to them cannot repair the damage already done.
The other strategies used to defame people are demonisation, name-calling and outright lies or fabrications.
All these are used by the West.
It is a well known fact that, “Those the West want to destroy are first defamed.”
Examples are: “Zimbabwe is an outpost of evil.
“Zimbabwe is a threat to American foreign policy.
“Zimbabwe violates human rights and the rule of law.”
All these allegations are not subjected to a democratic process of debate, both in the local and international forums, where the following questions can be asked without fear or favour:
“What is the American foreign policy that Zimbabwe is alleged to threaten?
“Is it Zimbabwe really that is a threat to the United States or the United States that is a threat to Zimbabwe’s sovereignty and economic independence?”
On allegations that “Zimbabwe is an outpost of evil,” the following questions should be asked and debated upon without America and West bullying Zimbabwe and Africa and intimidating them with illegal economic sanctions and withdrawal of financial aid, if they don’t do what America and Europe say: “Is it Zimbabwe or America that is bombing Iraq, Pakistan and Libya?
“Are the people in these countries living in fear of Zimbabwe’s Defence Forces or America’s soldiers, drones, and bombs?
“Has Zimbabwe ever declared war against the peoples of America, Great Britain or European Union (EU)?”
The tactic of defamation is to dodge such questions or subjecting them to the process of democratic debate; but to keep on piling insults on the countries or persons they don’t like until their reputation is thoroughly soiled and the whole world thinks they are what the West says.
This tactic of focussing on the person rather than on real issues at hand is where the adage, “Small minds discuss people, average minds discuss events, great minds discuss ideas,” came from.
And it works miracles for the West.
Those who focus on discussing mere events take them out of their proper historical and social context and make a whole noise about them until people think their world is coming to an end.
“Mugabe says Kalangas are criminals,” is one such example.
And before one counts to 10, people are on the streets.
Among them are those who are neither Kalanga nor Zimbabwean.
Some were white.
All these tactics of defaming Zimbabwe and Mugabe skirt the real issue, which is, the land. Mugabe dared rescue the land stolen by whites and gave it back to Africans where it rightly belongs.
That is why Mugabe must be defamed until he is ousted from power.
As long as Mugabe is in power, the illegal economic sanctions imposed on Zimbabwe will remain in place.
The same defamation strategy is used against institutions and persons who are perceived to be Mugabe’s strong props on the land issue.
The Zimbabwe Defence Forces are a glaring example.
They would never salute anyone who does not have liberation credentials and does not support the Land Reform Programme.
Hence the American campaign for Security Sector Reform.
As long as Mugabe and his Defence Forces remain in power, the illegal economic sanctions imposed on Zimbabweans will also continue to be in place.
There would also be a campaign for the US-dollar to continue to be in use in Zimbabwe as a sign that for the Zimbabwean economy to survive, it must remain within the monitory zone of the United States.
When you browbeat and defame someone using your privileged position as a politician or an economic and military giant as the United States does, you are not being democratic, fair or just.
We don’t have to follow that pugilistic, undemocratic self-righteous method of debate, as intellectuals and politicians in Zimbabwe.