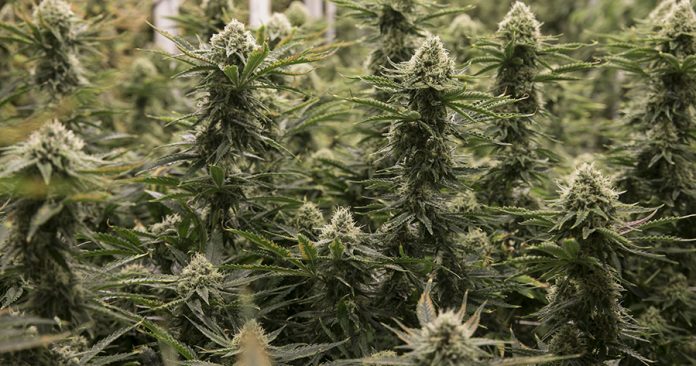 CANNABIS SATIVA was cultivated and used in southern Africa for a long time.

The use of cannabis in this area predated that of northerly strains like indica which is found in Morocco, India and Nepal.

Cannabis was called mupanjere in Zimbabwe, which literally means the tree that gives wisdom, just like the one spoken of in the biblical book of Genesis.

Cannabis was not treated as a weed, which by definition is a stubborn plant which grows naturally in fields where it is unwanted.

The ancient Zimbabweans called it gwenzi, which translates to herb. It was known for enhancing one’s mind; hence its name.

It was also known for healing the body and was commonly used by traditional healers to treat physical ailments like epilepsy (pfari). However, cannabis, in Zimbabwe, was best known for uplifting spirits and opening doors to the spiritual realm.

It was crushed up into powder and mixed with snuff (bute) and sniffed through the nose. This was carried around in little antelope horns like those of the impala which had a compartment for carrying cannabis. These were known as zvipako (chibako singular).

After the innovation of smoking came to Africa from China, for a long time cannabis became the sole ingredient for smoking through pipes called zvikwepa.

There were many different types of pipes, including zvindombondo which were a BaTonga invention very similar to a modern bong or hooker.

The raw buds and leaves of cannabis were stored in a vessel called gon’amombe.

The herb was mainly for elderly people, particularly men. It would give them strength during work and confidence in battle.

It was also used by medicine men who would ingest or inhale it in order to enhance their thoughts and abilities while healing. They would also prescribe it to their patients when necessary.

It was a prerequisite for cannabis, along with mbira music, to be availed during traditional ceremonies like mapira in case one or more would get possessed by  ancestral spirits. At such times, cannabis had to be availed for it was known that the spiritual realm favoured hosts (svikiro) high on cannabis.

These were traits commonly shared by Zimbabweans of varying tribes and other sub-Saharan Africans. Cannabis was of great importance because it brought people closer to God.

It was never used to get people drunk as in the manner of alcohol but was associated with seriousness, ceremony, sacrament, ascension and healing above all else.

It was similar in use to the holy anointing oil of Israel which was exclusively for the priests, Nasserites and Kings of Israel.

Not surprisingly, one of the key components of the anointing oil was cannabis, along with olive oil and myrrh.

This can be seen in the Hebrew Bible (Tanahk), in Exodus 30:22 where the herb is listed as kanabosm and often translated as sweet smelling cane.

The word cannabis was derived from the Hebrew word kanabosm.

In ancient Zimbabwe, there were incense burners commonly used by medicine men or women.

These were used for burning a mixture of selected aromatic herbs like zumbani (similar to mint) and cannabis.

Upon entering a traditional healer’s residence, one could begin feeling better by simply inhaling the smoke from the combusting herbal concoction.

Historical figures like Chaminuka used to extract the trichomes from cannabis and infuse them with oil which they would use to cook things like corn kernels.

Besides eating the cannabis-laced corn kernels, he would also smoke the herb and would often perform miracles while doing so.

Throughout history, cannabis has been grown for one of two things, namely medicinal or psychoactive purposes and for fibre. The strains that are potent in psychoactive compounds, like tetrahydrocannabinol have a hollow stem while those grown for fibre have a full stem.

In Zimbabwe, cannabis was almost solely used for psychoactive purposes. However, in Asia, which was closely linked to south-east Africa in the past, there is evidence of the cultivation of cannabis for both psych activity and fibre.

Zimbabweans imported cloth (mucheka), canvas, rope (tambo) and other things from Asian countries like Yemen in exchange for their gold, copper, cattle, hard wood and so on.

These imports were made exclusively of hemp, which is the name given to cannabis grown for fibre.

Some of the earliest paper and textiles in many parts of the world, including China, were made from hemp and Zimbabwe is no exception.

When the first colonisers came and introduced Western clothing to Zimbabwe, we called it hembe because hemp is what clothes were commonly made of at that time. Even the Afrikaners in SA simply called shirts hemp.

Nowadays, cannabis and hemp have been demonised, largely by industries from the West that have a conflict of interest.

The pharmaceutical businesses fight against it because it can treat or prevent numerous illnesses. It can be grown easily in anyone’s backyard and will leave pharmacies and their chemical medicines which need laboratories to engineer obsolete.

The timber industry fells trees for free in order to make paper.

Trees take decades and centuries to grow and are very useful to all life and the environment because they produce oxygen and take up carbon dioxide. They hold the earth together, draw up underground water and provide shade.

To cut them down to make paper, which is fragile, is not the most eco-friendly idea. After all, almost 70 percent of the tree’s components are disposed of and 30 percent used when making paper.

That is such a waste.

On the other hand, cannabis/hemp grows fast and has abundant cellulose and low lignin.

This is perfect for paper-making which makes use of the main substance in the cell wall of plants (cellulose). But because hemp has to be commercially grown and not merely cut down in the manner of trees, the paper-making industry lobbies against it. Their logic is, why buy what you can fell for free.

The petroleum industry also prefers to dig for fossil fuels because the resource is ultimately free after securing a mine.

But the effects of extracting and combusting oil are harmful to humans and the environment. Africa and the Middle East have been targeted for colonisation because of discoveries of oil reserves in their lands.

Cannabis/hemp stalks, when fermented, make ethanol. This ethanol is pure and when burnt, emits no smoke.

The seed also can be squeezed to produce healthy cooking oil which has a full amino acid (protein) profile, omega 3 and 6. This can be used to make diesel.

The fact that cannabis/hemp can be grown easily makes the petroleum industry insecure and thus they fight against its legalisation.

The textile industry is also against cannabis because it can make the cotton commodity of little to no use as was the case in the past. Cannabis is stronger and much longer than cotton in terms of fibre. Unlike cannabis, cotton demands a lot of herbicides, pesticides and human labour to grow.

Hemp was outlawed from the US and the rest of the world because of the cunning manoeuvring of these four sections of industry.

Though they managed to stop the herb from being used legally, its characteristics and capabilities have not changed.

Because it is largely illegal now, cannabis is called the miracle herb or tree of life of the past and the future. Africans need to re-exploit this God-given eco-friendly herb to boost our economies and treat or prevent illnesses.

Countries like Holland, Canada, China and, most recently, the US have acknowledged the use of cannabis as a herb for healing and/or a raw material for industry.

They have made amendments to their laws to allow for it to be grown and used.