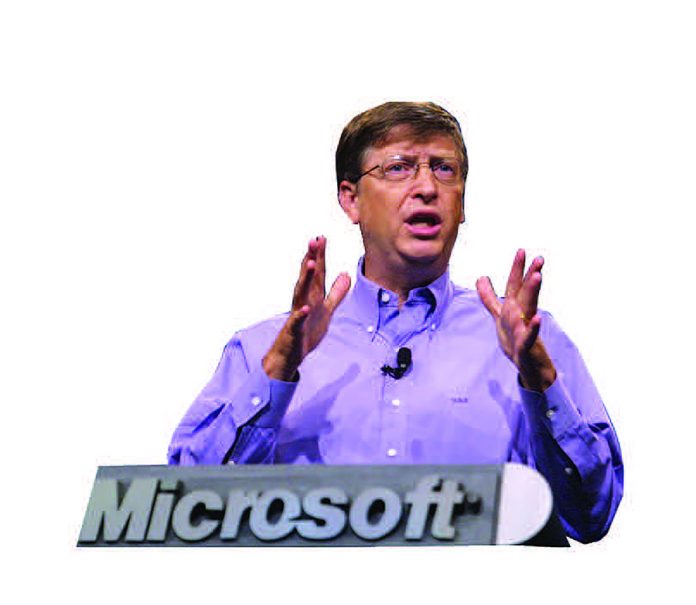 THAT Jews are counted among the most important scientists of the world cannot be a subject for debate.

I have my own misgivings about Nobel the man but notwithstanding, I am convinced that although Nobel himself, from which the prize is derived, may not deserve it himself owing to his own chequered history.

The Nobel prize itself has now come to be associated with achievers of worthwhile distinction of which Jews are an instructive example.

There are about 14 million Jews in a world of about 7,4 billion people, constituting 0,2 percent, yet the greatest number of ground-breaking scientists come from this seemingly minority racial clique. The following famous names are selected from the list of Jewish Nobel laureates:

λ Barack Obama — the first Black President of the United States of America.

You may not have come across all but I am convinced that the one you know from this pick is not a scientist of a small stature.

Although it may be hard to say exactly how many important scientists in total have been Jewish, we can say with certainty that they constitute the biggest number race-wise.

In fact there have been about 850 Nobel Prizes so far awarded.

Of these, 20 percent went to the Jewish or people of Jewish descent, in spite of the fact that (as we have already noted) Jews constitute less than 0,2 percent of the world’s population. People of Jewish background have won 28 percent of the Nobel prizes in medicine and 26 percent in physics.

I could go to town about each one of these gifted people but suffice to tease your mind about just one of them, the young Mark Zuckerberg.

A leaf from Mark Zuckerberg

You all know him as the Facebook founder. The 36-year-old American entrepreneur who, a few years ago, co-founded the massively popular social networking site, Facebook, with three other Harvard students, one of whom, Dustin Moskovitz, was also Jewish, is not a newcomer

to anyone who loves social trending.

Born on May 14 1984, in White Plains, New York, Mark Zuckerberg co-founded the social-networking website Facebook out of his college dormitory, not some strange innovation hub [my emphasis].

He left Harvard after his sophomore year to concentrate on the site, the user base of which has grown to more than two billion people, making Zuckerberg a billionaire.

The above critical thinkers did not excel because they were in large buildings called innovation hubs.

They excelled because they were subjected to enabling conditions such as funding, access to research technology and intellectual environment, psychological stimulation, a strong work ethic (not a lackadaisical one) and availability of guidance from visionary leadership.

But just to show you that Jews are not alone in the category of strong work ethic, creativity and disruptive innovation. Before I rest my case, let me share with you the story of yet another creative luminary of equal global proportions, Bill Gates.

Another leaf from Bill Gates

William Henry Gates III, popularly known as Bill Gates, is the name that crosses our minds when we think of computers.

He is considered as the father of the computer.

He is the owner of Microsoft, the world’s largest computer software company.

He has transformed the computer into a household product with all his innovations and a visionary approach to envision the use of a computer in every sphere of life. William Henry Gates was born on October 28 1955, in Seattle, Washington. As the principal founder of Microsoft, Bill Gates is one of the most influential and richest people on the planet. Recent estimates of his wealth put it at US$84.2 billion (Jan. 2017); this is the equivalent of the combined GDP of several African economies.

In 1990 Microsoft released its first version of Windows.

This was a breakthrough in operating software as it replaced text interfaces with graphical interfaces.

It soon became a best seller and was able to capture the majority of the operating system market share.

In 1995 Windows 95 was released, setting new standards and features for operating systems.

This version of Windows has been the backbone of all future releases from Windows 2000 to the latest XP and Vista.

His is committed to helping people all over the world, live healthier, and increase productivity in life through the foundation.

According to Bill Gates, organisations can tackle global problems that are ignored by governments and other organisations.

For this reason, he also founded The Giving Pledge, a commitment by the world’s wealthiest individuals and families to dedicate the majority of their wealth to philanthropic causes.

At this moment, he already spent US$27 billion on philanthropic work and he states that 95 percent of all his assets will be shared with those in need when he dies.

One thing which we learn from Gates and other inventors is that everyone has a capacity to excel in their own unique way.

As Gates says, “Don’t compare yourself with anyone in this world… if you do so, you are insulting yourself.” The important thing for you is to be alert, to question, to find out, so that your own initiative may be awakened. Nothing beats the speed of thought.

Let me sum up my argument by quoting and answering Abraham Maslow who wonders:

“The key question isn’t ‘What fosters creativity?’ But it is why in God’s name isn’t everyone creative? Where was the human potential lost? How was it crippled? I think therefore a good question might be not why do people create, but why do people not create.”

My answer is that the highest reflection of the godliness in us is our capacity to create and innovate; but we have been blunted by the uncreative education curriculum inherited from our erstwhile colonisers.

Without liberating education, we cannot create.

Human creativity drives us forward as a species. It’s this unique ability to harness thoughts and ideas that has produced everything from the first sharpened stick, to the wheel, to the space shuttle, to the micro-processor.

All happening is in the human mind and not in a building.