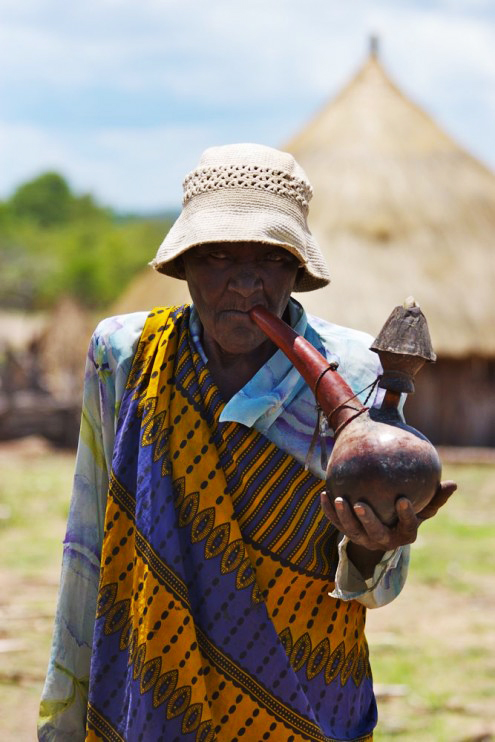 MOLES or nhuta have been given different names, associated with evil.

But as the old adage goes: ‘One man’s meat is another’s poison’.

For the BaTonga, moles are a source of food and medicine, among many other uses.

According to BaTonga elders, moles form an important part of their daily lives as the meat and other body parts have various uses that range from curing impotence among men to treating cataracts as well as casting away evil spirits.

The meat of a mole is a preserve of the elderly.

The skin is dried and cut into small pieces, a piece is usually wrapped into a cloth and tied on one’s waist or used as a necklace.

This is done for protection against witches and other forms of evil.

The mole is rarely seen and the BaTonga believe tying the skin around one’s body makes them invisible from witches.

The skin is also tied on small babies to protect them from evil spirits, with the fat rubbed on babies when they go to sleep, this is believed to give them peaceful sleep.

The fat from the mole, mixed with other herbs, is used to cure eye cataracts.

When the fat is rubbed all over the body, it is believed to be an excellent love portion.

Ironically, a mole is blind but the fat is believed to be an excellent eye and nasal aches cure.

The torpedo-shaped bodies of moles are equipped with a hardened, leathery nose pad and powerful forelegs with pick like claws.

The BaTonga use the claws as decorative necklaces, in some cases the claws are burnt and ground into a powder. The powdery mixture, when rubbed into small incisions on young boys hands is said to improve the fighting prowess of the young people (mangoromera).

The moles’ powerful forelegs, with pick-like claws, are used to ‘swim’ through the soil.

Their eyes which lie beneath the surface of the skin are vestigial and in fact the optic nerve is degenerate, rendering them blind.

Moles rely on their acute sense of smell to relate to their surroundings. Every component of their ecology is dictated by soil conditions from tunnelling and foraging to the dispersal opportunities that are vital to maintaining the genetic integrity of any animal population.

Elders said the leathery pad under the mole’s nose, when cut and dried, can be made into a concoction that cures colds and flu as well as improve one’s sense of smell.

The soil from the burrows, if mixed with other herbal concoctions is also believed to ward off evil spirits. The soil is smeared on the huts or on the floor; alternatively it is mixed with cow dung and plastered all over the mud huts as a protection from witches during the night.

Elders also say the soil is sometimes thrown inside a deceased person’s grave so that the corpse is not tempered with.

Moles are most active in their tunnels, following good rains.

In the cooler hours after darkness falls they awaken and begin burrowing just below the soil surface in search of invertebrates such as the succulent beetle larva, earthworm and other grubs.

Unlike the commonly encountered mole rats which are herbivorous and feed on bulbs and tubers, moles which burrow under the soil are not specified as rodents; they are closely related to shrews and are classified by scientists as insectivores.

The meat is sometimes given to people with sleeping disorders. When resting, the moles fall into a daily bout of hibernation, known as torpor, in order to optimise their energy budgets.

These traits are said to work very well especially for the elderly. If they consume the meat of the mole, their body temperatures get well suited to their environments as well as their natural surroundings.

The heart of the mole, together with other entrails, are also used to treat various ailments, including hallucinations among small children and mental illnesses.

Impotence is also said to be cured by taking the liver of a male mole mixed with sorghum porridge and other herbal mixtures.

The BaTonga say the future of the moles is largely dependent on the concerted efforts of conservationists, developers, farmers and communities to nurture the unique habitats suitable for the survival of the moles.