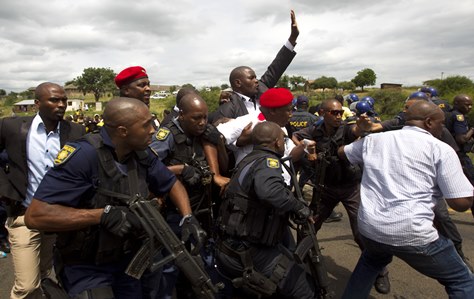 NO people can seriously call themselves a nation without a philosophy that binds them together as one and whose ideals they have belief in and defend at all times with their hearts, words and actions.
Such binding ideals become a living part of each individual’s world-outlook, personality and actions from childhood to adulthood.
All organisations and institutions, be they educational institutions, political institutions, financial institutions, business institutions, or the media, are anchored and driven towards the same purpose unity of purpose by that single binding national philosophy.
A nation without a philosophy, ethos, values or ideals that bind the people together and endear them to one another and their country and leaders is not a nation in the serious sense of the word nation, but just a number of individuals who find themselves living within the same geographical boundaries and do not identify with one another or accountable to one another, but only to themselves as individual persons or families.
A so-called nation without a philosophy that enables a people to identify with each other as one can be likened to passengers who find themselves on the same bus, but are not travelling together.
They board the same bus at the same bus station.
They travel on the same bus towards the same destination and disembark the same bus at the same bus terminus, but they are not together.
They are individuals travelling on the same bus each preoccupied with his own matters of a safe journey.
There is nothing that binds them together except being within the walls of the same bus.
They may sit next to each other on the bus for the whole journey without talking to each other or bothering to know each other.
The unwritten law among them on that bus is ‘Don’t Disturb’.
Mothers with children who soil the clothes of those who are sitting next to them may be rewarded with a stern look as a warning or with a wry smile which says, “Keep your child to yourself.”
These people are not together.
They are strangers on the same bus.
The driver is also a stranger to them.
They follow his instructions not because they like or trust him, but because their lives are in his hands.
The commands he gives to them are not out of love for them, but because his job says so or he must quit.
The drinks or snacks they get on the bus are also not given out of love for them.
They are not for free!
They are part of the fare they have paid and therefore strictly commercial.
Nations without a philosophy that their people and leaders believe in together and celebrate together as one people bound towards the same unity of purpose are in the same situation as strangers who happen to find themselves travelling differently on the same bus, each preoccupied in his own personal interests.
Here is a lesson from the following story:
Once, a Chief decided to give a feast for his people.
He sent his men to every village.
They told the people to come to the Chief’s house and said, “The Chief asks each one of the men to bring one bottle of palm wine and pour it into a pot at the door.”
The day of the feast came.
People put on their best clothes and walked to the Chief’s house with their families.
They stopped at the door of the Chief’s house and poured their bottles into a very big pot at the door.
There was a man who wanted to go to the feast very much, but he had no palm wine at home.
His wife said to him, “You must buy some palm wine.”
But the man answered, “What?
“No!
“I don’t want to buy wine for a feast that is free!
“No! No!”
He thought a little and then said, “Hundreds of people will bring their wine and pour it into the pot.
“A bottle of water cannot be bad for so much wine.”
And so he went to the feast with a bottle of water.
He poured his bottle into the pot as other people did.
Then he sat down at the table with all the other people and waited for the glass of palm wine which he liked so much.
The Chief said, “Let’s drink wine, dear guests!”
All the guests took their glasses, but what they drank was not palm wine, but water!
So our man was not the only one who thought: “A bottle of water cannot be bad for so much wine.”
The lesson from this story is that the feast was just a gathering.
There was no ethos or philosophy that bound the people together and enabled them to identify with one another and endear them to each other as one which the feast was called for to celebrate.
The feast was just a gathering of individuals who were not endeared to one another or to their Chief.
Each person simply had to bring his own wine that he could have consumed alone at home in the comfort of his family and therefore felt no obligation to the gathering or the Chief.
In the same vein, a nation without a philosophy, ethos or clear values that bind and endear its people to one another and their leaders is a tragic political liability in the long run.