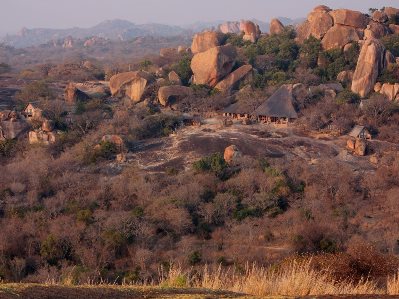 “HISTORY is the collective record of a people’s experiences in shaping their world in their own interests and cultural images,” says Robin Walker in, Roots of Black History.
The history of African people that is being taught in Zimbabwean schools and universities today, both by Europeans and Africans, is not the history of African people’s collective experiences in shaping their world in their own interests and cultural images.
It is the history of white peoples’ collective experiences in shaping the African world in their own white interests and cultural images.
The purpose for doing so, which African historians perpetuate is, in Achebe’s words, to make sure that African people of Zimbabwe do perish without having known how to spell their proper name.
An important example, are the differences between the idea of who the Shona people are that is taught in our schools and universities and popularised among our people and throughout the world; and the idea of who the Shona people really are that is found in the historical records that white people themselves and other non-white historians have written, but is never taught in our schools and universities in Zimbabwe or anywhere in the world.
In order to understand who the Shona people really are, in history, it is important first to understand the extent of their territory which in history has been taught as the Mutapa Kingdom. A 17th century French engraving of Mutapa Mavhura Mhande, who ruled from 1629 to 1652 says, “The Great King Monomotapa is very powerful and rich in gold.
“His territory comprises lower Ethiopia.
“His Empire has a circuit of 2 400 miles.
“His court is at Zimboae (Zimbabwe).”
“The gold workings of his Kingdom,” says Basil Davidson in, Old Africa Rediscovered, “spread in their thousands across the Southern hinterland, from the fringes of the Belgian Congo, through Bechuanaland to Natal in South Africa, and are central to the growth and flowering of the Zimbabwe culture across the whole Empire.”
Still on appreciating the extent of Mutapa’s Kingdom, Chancellor Williams says, “from its long eastern border bathed by the Indian Ocean into South Africa, Zimbabwean culture was experienced throughout the whole Kingdom on one of the widest scales in history.
“From its eastern border into South Africa, the Zimbabwe cities of stone dotted the whole land as a deathless symbol of a people’s greatness.”
Now, let us turn to historical records that have never been taught in our schools and universities, and find out what the people in this vast Kingdom were called.
According to these records, the growth and development of the Kingdom of Mutapa from lower Ethiopia, through Botswana to Natal in South Africa, was based on mining, especially gold, to the extent that the whole Kingdom became known as the land of gold, and its people, as the people of the land of gold.
Trade in gold from the Mutapa Kingdom reached as far as India, Persia, China, Arabia, Portugal and eventually other countries in Europe and Asia.
This trade was dominated by Indians.
The Gujarati Banyans, according to the following account by H. Ellert in, Rivers of Gold, enjoyed rights to free voyage between Diu and Mozambique and the Rivers.
The shareholders were rich Indian merchants and arms dealers.
They financed annual voyages to Mozambique supplying beads and textiles from Cambaya and Surat.
The Gujarati vessels offered the most reliable and regular passage between India and Mozambique.
Many Portuguese officials and merchants took advantage of the service, although they often complained that all their efforts had been for the benefit of India because, according to them, the gold was dug from African soil, only to be transported to India, where the Hindu buried it again.
Gold in Hindi is called ‘sona’.
In Gujarati it is also called ‘sona’ or ‘sonu’.
‘Sonu’ means ‘handsome’ in Sanskrit.
It is derived from the word ‘Sohna’ in Punjab, which means beautiful.
The whole land of Mutapa became known as ‘the land of sona’, or ‘Sonaland’.
‘Sona’ or ‘Sohna’ were eventually corrupted to ‘Shona’.
‘Sonaland’ became ‘Shonaland’.
The people became simply known as ‘Shona’, collectively.
That is how ‘Shona’ as the name for all the people of under Mutapa gained currency throughout the world.
Ken Mufuka in his book, Dzimbahwe, cites the example of the Arab traveller, Ibu Said, (1214-1286) who wrote about a certain people called Soyouna (Shona) inhabiting the whole land of Zambezia.
Mufuka gives another example of a traveller and geographer called Janson who recorded on his 1639 map of Zambezia the name of the people living there as ‘Sajona’ (Shona).
Again, Mufuka refers to a 1739 map by De Lisle, in the National Museums of Zimbabwe, which names the whole land of Zambezia as Mwene Mutapa.
The Portuguese adventurer Barreto de Rezende refers to Mwene Mutapa as King of the ‘Matshone’ meaning all the people in his Kingdom.
Again, according to Mufuka, the Matopo Hills were known as ‘Mashona Hills’ by the time Robert Moffat settled at Inyati.
So, the name Shona as the collective name for all Mutapa’s subjects was in use way back before the Ndebele-Shona wars that only started in the 1830s, according to Samkange in, Origins of Rhodesia.
The so-called African historians, who say the name ‘Shona’ comes from the Ndebele, only play into the hands of whites whose mission is to dissociate the Ndebele from those who still call themselves Shona.
Such historians are known.