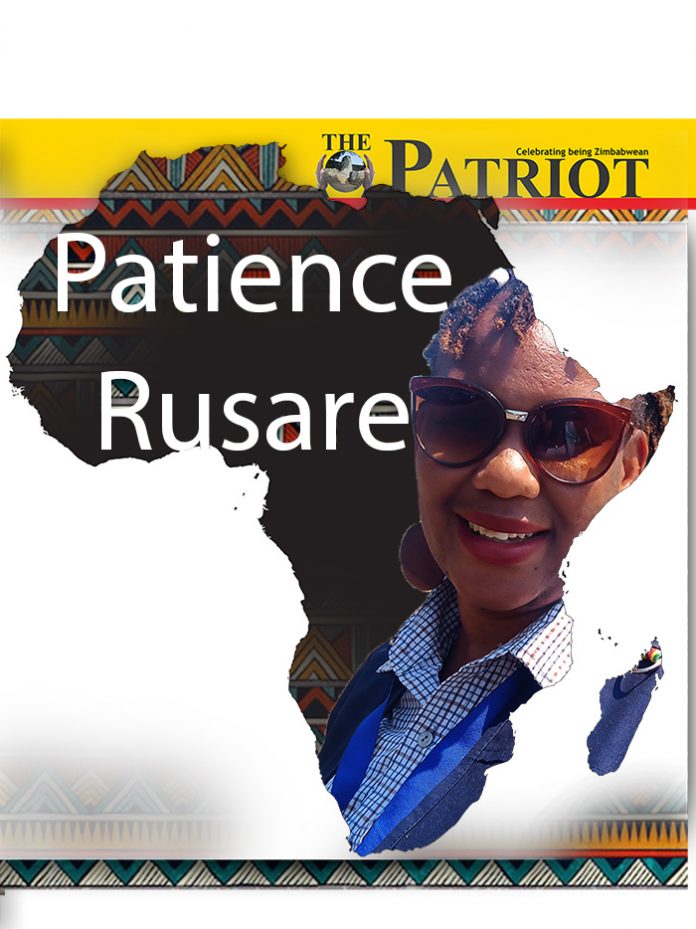 THE PATRIOT newspaper has done it again!

One of its reporters, Patience Rusare Murava, has been nominated for the Pan African Insurance/Reinsurance Journalism awards slated for Mauritius next month.

Having been nominated in the Best Re/Insurance Print Article — Pan African Journalism Awards category (2019),Murava will battle for top honour alongside Uganda’s Isaac Khisa of The Independent Magazine and Kenya’s Patrick Alushula of the Daily Nation.

Regulators, chief executive officers and directors of insurance companies and brokerage firms from African countries will grace the event.

The winners of the Pan African Insurance/Reinsurance Journalism awards will receive a cash prize, training and mentoring on insurance reporting and will also enjoy an all expenses paid trip to attend the awards ceremony in Mauritius.

Early this year, Murava walked away with the First Runner-up Insurance Journalist-of-the-Year (2018) at the ZimSelector Insurance Mentorship Programme Media Awards.

Given such a sterling record, no wonder Murava has been nominated to receive one of the top gongs on the continent.

The Pan-African Re/insurance Journalist-of-the-Year will benefit from 12 months mentorship programme in London to be completed by the time of the 2020 awards.

The journalism awards were initiated in 2015 by Continental Reinsurance to recognise and acknowledge the good work by the media on the continent.

“We are proud to be at the forefront of building capacity among African journalists by equipping them with the necessary skills needed to report on re/insurance matters accurately. Through our competent and dynamic panel of judges, we seek to recognise and award reporters who will demonstrate a great understanding of the re/insurance sector and display integrity in covering various issues about the sector.”

Wilson has a flowery track record in the media, having joined Sky TV at its inception in 1989 and, for over 20 years, was the main anchor for Sky’s coverage of major business events.

Since leaving Sky, he has broadcast for the BBC, ITV, Fox News, Al-Jazeera and Arise Networks — a global television service aimed at Africa.

Other judges include Nadia Mensah-Acogny, a Forbes Afrique journalist who was the chair of the 2018 awards and Kenneth Igbomor, market news editor, CNBC West Africa.

The 2019 edition saw entry of new judges, namely, Gareth Stokes, a professional freelance finance journalist who won the Pan African Journalist-of-the-Year award in 2017 and the special award in 2018; Dr Jared Obuya, an experienced journalist who has worked with several Kenyan and international news organisations and is currently a communications lecturer at Moi University; as well as Shiamdass Appannah, an African insurance market expert.

Appannah is the founding partner and director/consultant, former CEO and former chairman of the Reinsurance Solutions Group companies in Mauritius, Kenya, Cote d’Ivoire and London.

The judging criteria focused on how the entries have raised awareness and understanding of the Re/ Insurance sector and displayed integrity in covering the same.

Articles are judged according to how participating journalists sourced new data or analysed existing data to make it relevant to regional, national and local audiences; effectively analysed a current news story or other noteworthy insurance issues as well as used, analysed and presented statistics to investigate a particular issue in the Re/Insurance sector.

Journalists are required to demonstrate how their articles raised awareness and understanding of the re/insurance sector in Africa.

All eyes will be on how Zimbabwe’s entrants fair at the awards, which are the pinnacle of insurance reporting standards on the mother continent.