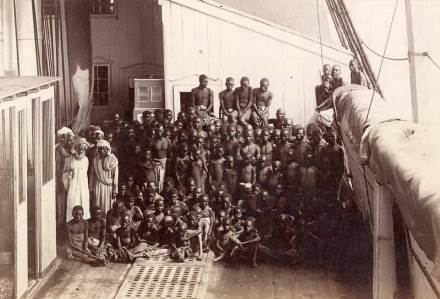 AS the impasse between some churches and the Ministry of Primary and Secondary Education over the National School Pledge continues, it is perhaps time for those who have read history to take a stance yekusajaidza makudo neanokamhina.
If Zimbabweans pride themselves with the highest literacy rate in Africa and one of the highest in the world, then perhaps now is the time to make that literacy functional and not superficial.
It is time for functionally literate Zimbabweans who believe in true emancipation from mental and spiritual slavery to arm themselves with indelible read-only historical fact and logic and dig in to defend their right to have their own concept of God.
It is time to use such an arsenal to storm the façade of righteousness in the traditional Western-sponsored Christian church and demand that the moral authority they are arrogating to themselves to denigrate African self-determination initiatives must have a historical and factual basis.
As it is, the irrefutable historical fact is that Western-originated Christian churches in Africa have absolutely nothing from which to abstract any moral authority to judge the survivors of the genocides and slavery they sponsored against African people.
Quoting Shelton Smith’s book, In His Image, in one Donahue Talk Show, the fiery Dr Khalid Mohammed said: “The Catholic Church and the Pope were directly involved in the institution of slavery.
“They financed slavery and gave the OK that it was good business to sell Africans.
“(So, let us) Lift up the skirts of his garment so that we can see the shame and reveal what has been hidden.”
He proceeded to explain the metaphor: “When you lift up someone’s garments you show their shame.
“You show up their private parts that which they normally hide from the rest of the world.
“I am not dealing with the organs under the garment.
“I am dealing with the organ of slavery and those parts that have been kept private from the masses of the people.”
And, he stated his concern: “I am concerned with the pain and suffering of the masses of black people.
“No one wants to pay reparations.
“The Jews received over US$200 billion dollars in reparations and get US$4 billion annually.
“A Holocaust museum was set up for them on this soil for over US$200 million and they get US$21 million annually just for operating expenses.
“But, the Catholic Church, the Jews, the Arabs, white people in general, no one wants to pay reparations to these, the sons and daughters of Africa.”
In the same ‘land of freedom’ where the Catholic Church institutionalised the servitude of black people to white people, the late civil rights activist Malcom X once offered an eye-opener to black people.
He said: “Since the whiteman – your friend – took your language from you during slavery, the only language you know is his language (your friend’s language).
“You call for the same God he calls God.
“When he puts a rope around your neck, you call God and he calls God.
“Have you ever wondered who you will call when they call their ancestors?”
The celebrated Dr Molefi Kete Asante made an even more graphic presentation of the dilemma of Africans who have imported concepts of God that are not sensitive to African history.
When he visited a slave holding facility in West Africa, he said: “I shudder when I come here to El Nino.
“Some people call it ‘Castle’ but it’s really the ‘dungeons’.
“The reason I shudder is because the most terrible things happened here.
“And, I am most touched and in fact, the thing that disturbs me most is that right here, behind me, was a church situated over the dungeons.
“And, all around this church, were dungeons where hundreds of Africans were held in bondage.
“And, on Sunday mornings, you could hear the wail and the moans of the African people combining with the sacred or so-called sacred hymns of the Christian people to produce the most terrible dirges of death you would ever hear.
“And, African people would always say … even as I say to this day: Where was God then? Where was God when all of the horrors that happened, happened here? … when the brutality that happened to the Africans coming here? (sic)
“This is the question that must be asked.
“This is the question that must be answered because actually, it is human beings who did this.”
And right here in Zimbabwe, we had a Christian Ian Smith declaring: “We have struck a blow for the preservation of justice, civilisation and Christianity.
“And, in the spirit of this belief, we have this day assumed our sovereign independence.” (Unilateral Declaration of Independence, November 11 1965)
And he proceeded to say: “I don’t believe in black majority rule ever in Rhodesia. Not in a thousand years!”
And incredibly, he again had this to say: “We’ve got to be scrupulously clean, straightforward and honest.
“We are not prepared to resort to any devious standards.
“That is our philosophy.”
And, today, in this savage historical context, would it surely be in our interests to let the Christian churches that savaged Africans be the ones to arrogate to themselves the moral authority to judge their surviving victims’ initiatives to determine the destiny of their descendents?
Must we also not ask kuti: Where was God when Christian Rhodesians were declaring that the oppression of black people was a blow for the preservation of justice, civilisation and Christianity?