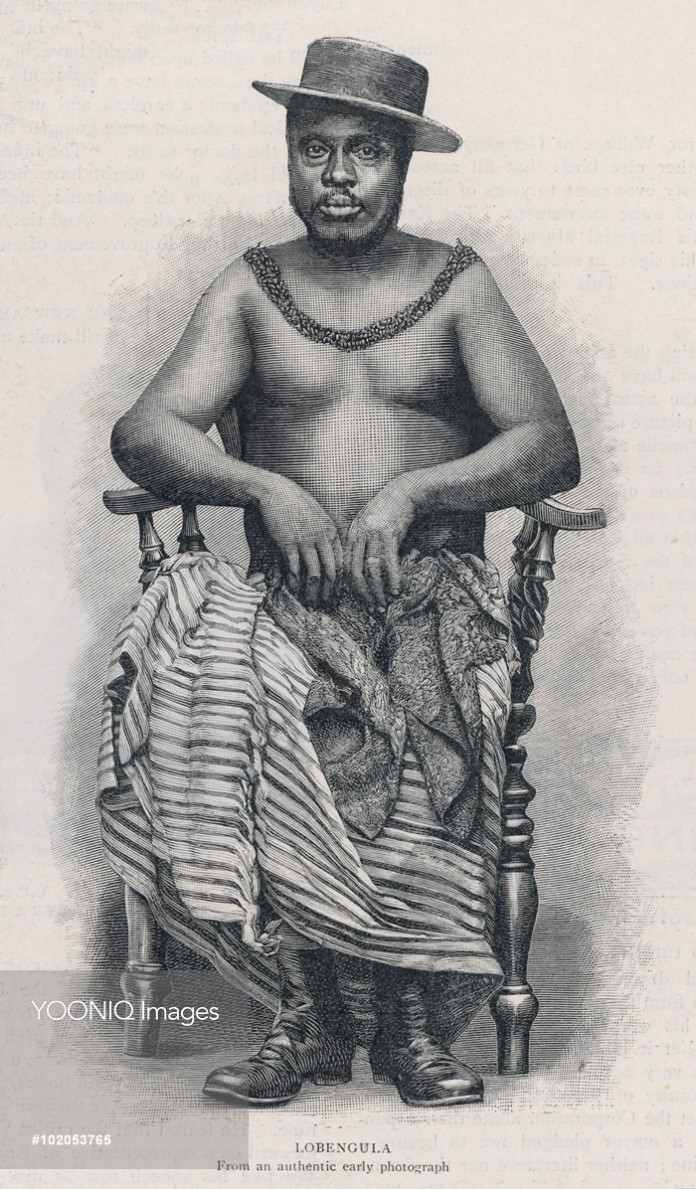 Within Paramount Chief Mashayamombe’s territory, Pasipamire, the medium of the national spirit, Chaminuka, resided under Chief Rwizi and Lobengula was among those who sought and paid for his spiritual services writes Dr Felix Muchemwa in his book The Struggle for Land in Zimbabwe (1890 – 2010) that The Patriot is serialising.

ONE very visible instance of the shift in the balance of power between the Ndebele Kingdom and Mashonaland came in 1879, when a re-inforced Ndebele raiding force under Lotshe and Manyewu attacked the Mhari capital at Nyaningwe Hill and notwithstanding that they managed to capture and execute the Mhari chief, Mazorodze, they were still defeated.
In the 1860s, the Mhari of Chivi had evidently been close to the Ndebele Kingdom, but from the mid-1870s, under Mazorodze, they had begun to acquire guns from the Venda traders and to build up large herds of cattle, unmolested by Ndebele raids and, what the victory at Nyaningwe did was to clearly define the independence of the Mhari from the Ndebele Kingdom.
More critically, the defeat of the Ndebele had shown that while the Ndebele stood a better chance on open ground, it was a different story fighting in hilly Shona terrain.
As for the rest of the region, the support that would be given to British invaders by Paramount Chiefs Churumhanzu, Gutu, Zimuto and Chivi during the conquest of Matabeleland would amply show that if the chiefs had ever appeared to co-operate with the Ndebele Kingdom, it had purely been for their own internal political arrangements.
The real truth would be that none of them had ever numbered among the willing tributaries. (Beach, 1974: p.646-650)
In the northern-most part of central Mashonaland, Paramount Chiefs Nemakonde and Hwata, who had established a flourishing gold and ivory trade with the Portuguese in Tete, were raided for that too.
Nemakonde sold gold to Hwata in the Mazowe Valley and Hwata then traded with the Portuguese in Tete and it is this trade that gave rise to Ndebele interest in the area. (Cobbin,1976: p.141)
When threatened, Hwata and his people fled into the nearby kopjes and hill fortresses, but a Ndebele siege starved them into submission at the end of 1864 and the chief was captured together with his cattle.
He was released six months later, in 1865, and ‘sent home with presents of cattle and with a request for co-operation’.
The ‘nominally tributary’ resultant tenuous alliance lasted superficially until 1889 and, if anything, it only confirmed that both Mzilikazi and Lobengula were ‘fully aware of the economic importance of Hwata’s area and intended to profit by it.’ (Beach, 1974: p.642-645; Cobbin, 1976: p.141)
In central Mashonaland, the first Ndebele raids against Mashayamombe, one of the most powerful paramount chieftaincies there, had been launched as early as May 1866, but without much success. (Cobbin, 1976)
The situation was, however, more complex than that.
Within the same Paramount Chief Mashayamombe’s territory, Pasipamire, the medium of the National Spirit, Chaminuka, resided under Chief Rwizi, and Lobengula was among those who sought and paid for his spiritual services.
However, that was only until Lobengula granted Europeans hunting rights in Rwizi’s territory and Chaminuka not only denounced Lobengula for that, but went on to challenge his assumed powers over Mashonaland.
More importantly, he (Chaminuka) went further to organise anti-Lobengula resistance among the central Shona paramount chiefs and, in response, Lobengula dispatched a raiding party that captured and brought back the medium for execution in April 1882. (Beach, 1974)
The result was that because of Chaminuka’s stature as the most revered National Spirit in the land, central Mashonaland became the setting of growing tension and antagonism to Lobengula.
During that time, the reigning Chief Mashayamombe was Chinengundu who was to reach legendary status during the First Chimurenga.
Chinengundu never recognised Lobengula’s authority over Mashayamombe’s territory and, therefore, never paid any tribute to the Ndebele king. (Beach, 1994: p.71)
In 1887, the Paramount Chief wiped out a whole party of Ndebele raiders and in a second 1888 raid, only very few raiders made it back home.
Isolated Ndebele raiders were hunted down and killed, and a shocked and extremely angry Lobengula was forced to divert raids originally intended for Mashayamombe to other targets. (Beach, 1974: p.648)
In a sense then, the killing of Chaminuka’s spirit medium in 1882 and the reaction of the Mashayamombe people became an emphatic statement that Lobengula had failed to become and was, therefore, never king of Mashonaland.
By 1889, Paramount Chief Mashayamombe was more than well-armed with Portuguese guns and not surprisingly, became one of the most powerful paramount chiefs in central Mashonaland.
He was not only able to defend his territory against Ndebele raids, but also to stand up to the British imperial forces armed with seven pounder artillery guns and dynamite during the First Chimurenga in 1896. (Hickman, 1974: p.26)
A critical fact that emerges in the Ndebele-Shona relationship of this period is that after most of the Ndebele raids in Mashonaland, ‘the Shona people regrouped themselves in a number of paramouncies and, though subjected from time-to-time to Ndebele raids, effectively preserved their independence.’ (Omer-Cooper, 1977)
Another critical fact is also that Ndebele raids never reached beyond the Sabi/Hunyani River line and seldom as far.
“In the areas between these two rivers and the modern frontier with Mozambique, there dwelt Shona chiefs who had scarcely heard of the Ndebele and recognised no sovereign whatever.
“(They) were not affected at all by Mzilikazi and Lobengula.” (Blake, 1977 p.19-20)
Therefore, it can be justifiably asserted that in the reign of the Ndebele Kingdom between 1838 and 1893, when it was destroyed by British imperial forces, neither Mzilikazi nor Lobengula was ever effectively king of Mashonaland.