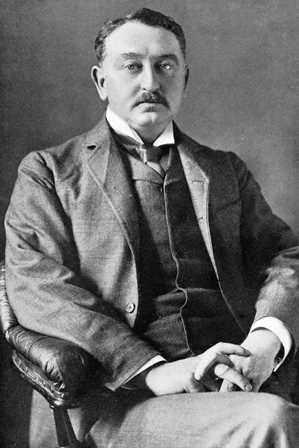 In typical British settler dishonesty, the problem Rhodes recognised was not Lobengula’s denunciation of the Rudd Concession but rather how he could use the fraudulent document for effective occupation, writes Dr Felix Muchemwa in The Struggle for Land in Zimbabwe (1890-2010) that The Patriot is serialising.

LEGALLY, the concession should have been subject to cancellation at any time since, as an independent chief or king, Lobengula had the right to cancel any grants within his territory.
Unfortunately his letter to Queen Victoria as well as various attempts to communicate his denunciation of the Rudd Concession were interfered with by Rhodes. (Palley, 1966: p.31)
And, in the same fraudulent vein, the BSAC proceeded to write, misinforming its shareholders that: “Lobengula still remains friendly and cordial to our representatives and has refused to withdraw his permission for us to enter Mashonaland.” (Cobbin, 1976)
The Royal Charter
In typical British settler dishonesty, the problem Rhodes recognised was not Lobengula’s denunciation of the Rudd Concession but rather how he could use the fraudulent document for effective occupation. In that respect, his problem was that the Rudd Concession was clearly a mineral and not a land concession.
It granted the grantee ‘the complete and exclusive charge over all metals and minerals situated and contained in my kingdoms, principalities and dominions,’ among which the designer of the concession had included ‘Mashonaland and other adjoining territories.’
What Rhodes desperately now wanted was permission to occupy the territory to which the concession applied and for that, what he needed was a Royal Charter and, it is of interest to note that despite Lobengula’s denunciation of the Rudd Concession, Queen Victoria still granted Rhodes and his British South Africa Company (BSAC) the Royal Charter, Article 3 of which stated:
“… to acquire by any concession, agreement, or treaty, all or any rights, interests, authorities, jurisdiction and powers of any kind or nature, whatever, including powers necessary for the purposes of government, and the preservation of public order in or for protection of territories, lands, or property, comprised or referred to in the concessions and agreements made as aforesaid or affecting other territories, lands, or property in Africa or the inhabitants thereof, and to hold, use and exercise such territories, lands, property, rights, interests, authorities, jurisdictions and powers respectively for the purposes of the Company and on the terms of Our Charter.” (Blake, 1977 p.54)
Unlike the Rudd Concession, which was limited to the ‘complete and exclusive charge over all metals and minerals situated and contained’ in the Ndebele Kingdom, the Royal Charter was certainly an open licence to conquer Southern Africa. Common sense dictates that no chief or king sober enough anywhere in the world would cede his powers of government and land for one hundred British pounds and a few rifles to meet the demands of the Royal Charter’s Article 3. Only a conquered king would do so.
The wide-ranging powers granted by the Royal Charter presented Rhodes with two strategic options to take over and control the land between the Limpopo and Zambezi Rivers.
He could take over Matebeleland and Mashonaland through either concessional rights or through conquest.
However, given that the concessional option was too dependent on the temperament of local rulers as already proven in Lobengula’s case, the Charter was in plain terms actually a handy endorsement of the option of conquest.
Also, the powers of Lobengula over Mashonaland as fraudulently inscribed in the Rudd Concession would make the defeat of the Ndebele kingdom inclusive of Mashonaland. It meant that once Lobengula was defeated, the British Imperial Crown could claim both Matabeleland and Mashonaland as a right of conquest over ‘Lobengula’s kingdom.’ (Judicial Committee of the Privy Council Report, 29 July 1918, p.9, 11).
Rhodes’ ultimate goal was the occupation of the Mashonaland highveld where he believed the ‘Second Rand’ lay. He had been considering the option of conquest simultaneously with the doomed concessional option. Four conquest options had been considered and one was an invasion scheduled for June 1890. A selected force of 200 men would attack Tete in Mozambique and then turn southwards onto the Mashonaland highveld.
In a variation of the plan the invasion force would enter through Nyasaland (Malawi) or the Tonga part of Zambia in the Angwa and Zambezi Valleys. This, however, was not plausible, given that it is a geographical fact that the Zambezi River was and still remains un-navigable not only for a force of 200 men, but for most of its course from Angola and Democratic Republic of the Congo right down to the Indian Ocean. That was also Frederick Courteney Selous’ advice when he dismissed the plan.
The third and perhaps most plausible strategic plan Rhodes had was a direct invasion of the Ndebele Kingdom from Mafeking, culminating in the elimination of Lobengula and destruction of all resistant Ndebele forces, including villages.
This plan would have created direct access to the Mashonaland highveld which was Rhodes’s ultimate goal.
However, while both the Tete plan and the Ndebele Kingdom invasion plan were unacceptable to the British Government it is worth mentioning that the latter was eventually applied in the 1893 invasion of Matabeleland.
A ‘by-pass’ plan acceptable to the British Government eventually allowed occupation of Mashonaland. Drafted by Rhodes, Selous and High Commissioner Loch, with the latter representing the British government, the plan was to involve a heavily armed Pioneer Column of about 600 men advancing north-east from Palapye in Botswana, skirting the Ndebele Kingdom southwards and avoiding engagement with Lobengula’s forces till it reached Fort Victoria.
This plan was to present Lobengula with a fait accompli. (Cobbin, 1976) The Pioneer Column’s destination and strategic objective would be Mt Hampden in Harare, right in the middle of the Mashonaland highveld.