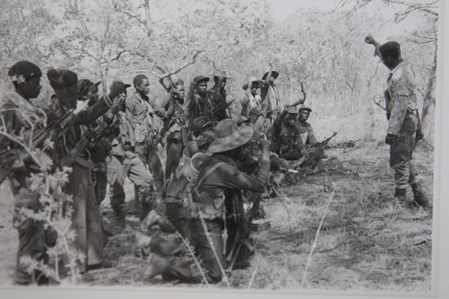 LAST week we looked at the Rhodesia Front and its 1965 Unilateral Declaration of Independence (UDI).
This week we will take a look at how the British Government sought to end this rebellion by the Ian Smith regime.
For the moment, however confident of a ‘quick kill’, British Prime Minister Harold Wilson was intent on exerting the maximum pressure on Rhodesia.
As highlighted last week, Britain as her first move to end the rebellion, imposed sanctions on Rhodesia including the cessation of trade with Rhodesia, her removal from sterling area and denying the country access to London capital markets.
Wilson believed sanctions ‘within a matter of weeks rather than months’ would achieve the intended goal of pressuring the Smith government to quickly reverse the declaration of Independence.
As the months went by, however, there were growing signs of scepticism about the effectiveness of sanctions, based on the continuing accumulation of evidence that not only was Rhodesia obtaining imports which were more essential, but was also being increasingly successful in selling her exports through Apartheid South Africa.
Having ruled out the use of military force, Britain’s only option to end the rebellion was to open formal negotiations.
Five months after the declaration of Independence, exploratory talks between Britain and Rhodesia began, culminating in the December 2 to 6 1966 talks aboard the British Royal Navy ship HMS Tiger off Gibraltar.
The talks, which came to be known as the ‘Tiger Talks’, involved British Prime Minister Harold Wilson and Rhodesia Prime Minister Ian Smith.
Involved also was the Secretary of State for Commonwealth Affairs, Herbert Bowden, British Attorney General, Sir Elwyn Jones, dethroned Governor of Rhodesia, Sir Humphrey Gibbs, Chief Justice in Rhodesia, Sir Hugh Beadle and Rhodesia Minister of Information, Jack Howman.
During the talks, Wilson insisted on the abandonment of the 1965 constitution, the dissolution of the post-UDI government in favour of a ‘broad-based’ multiracial interim administration and a period under British Governor, conditions that Smith saw as tantamount to surrender.
Neither side was ready to concede anything and that a settlement had to wait for different times, experiences, the consequent change of circumstances, attitudes and people, yet both sides wanted to break the deadlock.
Two years after the abortive Tiger Talks, Ian Smith and Harold Wilson met again between October 9 to 13 1968 off Gibraltar, this time aboard the warship HMS Fearless in talks that became known as the ‘Fearless Talks’.
Although Britain this time dropped the demand for a return to ‘legality’, no agreement was reached. The end result of the two negotiations was an impasse.
The following year on June 20 1969, a referendum was held in Rhodesia regarding adoption of a constitution that would enshrine political power in the hands of the white minority and establish Rhodesia as a republic.
Rhodesia’s predominantly white electorate overwhelmingly approved both measures.
It is important to note that the UDI was not only met with resistance on the international stage, but also on the local front.
Within Rhodesia, to disprove the UDI, the black majority staged strikes and demonstrations.
Momentum was also gathering as nationalist parties, the Zimbabwe Africa National Union (ZANU) and Zimbabwe African People’s Union (ZAPU) began guerrilla attacks against the white-settler Rhodesians.
Earlier in March 1966, four small groups of the Zimbabwe African National Liberation Army (ZANLA) guerillas crossed the Zambezi near Chirundu, the first nationalist incursion following UDI.
One group comprising seven men from Guruve, Hurungwe and Makonde Districts who were on a mission to blow up power lines were detected by Rhodesians near Chinhoyi, (then Sinoia) and thrown into a battle situation.
Throughout the day of April 28 1966 the two sides skirmished, and all seven were killed in that battle, but they themselves shot down a Rhodesian Forces aircraft and killed 25 of the enemy.
This signalled the start of the Second Chimurenga.
From April 1966 to the end of the year, ZANLA and Zimbabwe People’s Revolutionary Army (ZPRA) forces engaged the settler forces in several battles with losses from both sides.
The theatre of operation spread from the western part of Matabeleland to the northern and eastern part of the country.
In July 1966, ZPRA forces clashed with Rhodesian forces in the Zambezi Valley.
In September another group battled with the Smith forces in Lupane then the following month in Karoi. The following year in 1967, ZPRA forces based in Zambia joined forces with members of the Umkhonto we Sizwe (MK), the armed wing of the African National Congress in South Africa to fight the common settler enemy, at any point of encounter as they made their way to their respective fighting zones.
Fierce battles ensued in Sinamatela and Masue, in the Wankie (Hwange) area.
These battles continued up to Sihubu and Mabogwane in Tsholotsho.
Many other such operations were to follow in the 1970s, intensifying the resistance of the black majority to white minority rule.
Next week, we shall talk about one last British effort to deal with UDI and bring Rhodesia back to legality: the 1971 Pearce Commission.