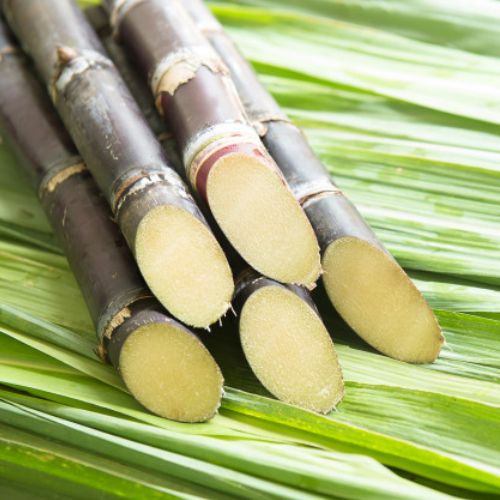 WHILE maize is the staple food crop in Zimbabwe, tobacco was the most valuable crop; Zimbabwe being the top producer of quality tobacco worldwide.

In 2009, the country was the 13th largest exporter of unprocessed tobacco.

The by-products of sugar became as important to the country’s economy as sugar growing and processing.

The favourable climatic conditions, combined with good soils and the availability of irrigating water throughout the year, made the Lowveld of Zimbabwe one of the finest sugarcane growing areas in the world.

The cane from which sugar is derived, contains approximately 71 percent water, 14 percent fibre, 13 percent sucrose and two percent other solubles.

It was grown in the south-east Lowveld on three estates, namely Hippo Valley, Triangle and Mkwasine Estates, comprising many independent smaller-scale planters that grew approximately 40 000 hectares of cane with water supplied from Manjirenji Dam via the Chiredzi left bank canal.

Zimbabwe is one of the few sugarcane growers in the world to operate inland; relying on irrigation rather than annual rainfall.

The area was crossed by numerous canals which brought water for irrigation from Kyle, Bangala and Manjirenji dams.

The first sugarcane was planted in 1931 by Thomas Murray MacDougall (1881-1964), the pioneer of the sugar industry while the first sugar was milled in 1937.

Born in Achnasheach, Argyllshire, Scotland, Thomas Murray MacDougall came to the then Rhodesia in 1906.

In 1912, he purchased land in the Lowveld where land was considered practically valueless for farming and went into cattle ranching for the initial few years.

His heart, however, was in growing crops, particularly sugar; but water was needed before any developments could take place.

To irrigate the cane fields, MacDougall planned a tunnel to carry water from the Mutirikwi River. It took seven years to complete a 400-metre-long tunnel and construct 13m of canals.

By 1931, he was able to plant citrus and other crops, together with some sugarcane that grew successfully.

By 1935, his cane had increased and a large area was under cultivation.

In 1944, the Southern Rhodesian Government purchased his farm – Triangle.

MacDougall’s house is now a museum.

Further major expansions took place at Triangle Estates after the construction of Kyle Dam in 1959 and the Triangle Canal in 1961.

Sugar, as other Western foods, soon accompanied colonial rule. Europeans wanted to consume food and beverages with which they were familiar, so they introduced their foreign diets along with other aspects of their culture.

The English, for example, were a country of tea drinkers.

In addition to establishing tea plantations in Nyasaland (now Malawi) and elsewhere in their colonies, they established the custom of drinking tea; consumed with sugar and milk.

Shops in both rural and urban areas soon stocked tea, along with sugar and tinned milk for their African customers.

No self-respecting husband, father, son, son-in-law (mukwasha), would go to his rural home without a full carton of sugar; until the carton diminished to six packets, then four down to two, then one; until today when sugar is in short supply and beyond the reach of the majority of the population – why?

Although Zimbabwe was relatively small, it was a highly efficient sugarcane producer, averaging yields of 110 tonnes per hectare in a 12-month growing period.

The sugarcane was processed at the Triangle and Hippo Valley Mills that operated from mid-April to the beginning of December.

Hippo Valley Mill was one of the largest in Southern Africa.

It processed 440 tonnes of cane per hour.

Approximately 64 000 tonnes were milled per week from which 8 000 tonnes of sugar were extracted.

Centered around Chiredzi, the Hippo Valley Estate covered 16 000 hectares; the largest area of land under irrigation in the country.

Its development began in 1956, with the establishment of citrus orchards with water drawn from Runde River until 1959, when it was allocated water from Kyle and Bangala dams in 1962.

After Hippo Valley, Triangle Estates was the second largest irrigation scheme, with an irrigated area that covered 13 500 hectares. The distillery at Triangle produced 75 percent of the country’s alcohol requirements.

The abundance of sugarcane was also the feedstock for an ethanol production plant that supplied most of Rhodesia’s/Zimbabwe’s energy needs through blending with imported petrol.

After 1985, there was a gradual decline in the exports of sugar, with the lowest levels reached between the drought years of 1992 and 1993.

There was a rapid increase in sugar exports in 1994, as a result of the improved market access condition following autonomous liberalisation of trade in 1992, and enlargement of the EU market in 1995.

The peak was reached in 1997 and, since then, there has been a gradual decline in exports of sugar, mainly as a result of the decline in world commodity prices and land redistribution.

Zimbabwe has experienced a continuous deterioration in its terms of trade for agricultural commodities over a long period, which adversely affected its agricultural trade performance, including sugar.

According to the Food and Agriculture Organisation (FAO) database, world prices of Zimbabwe’s agricultural exports have been on a downward trend.

With the exception of sugar, prices of all major agricultural exports are below their 1990 levels.

Sugar, much of which was exported in raw form, was one of Zimbabwe’s major exports.

Zimbabwe was a beneficiary of the sugar protocol under the ACP-EU Cotonou Agreement.

Exports of sugar to the EU were within two provisions: the normal ACP-EU duty-free annual quota and the Special Preferred Sugar arrangement.

Sugar, in Zimbabwe, is reliant on irrigation, which also depends on the rainfall pattern to fill the dams, resulting in fluctuations in the contribution of sugar to exports, with a significant drop experienced during the drought years of 1992-1993.

The sugar industry recovered in the ensuing years, enabling Zimbabwe to negotiate an above-quota allocation under the Special Preferred Sugar arrangement that came into effect in 1995 and which provided enhanced market access for Zimbabwe’s sugar exports.

Today, our sugar industry is owned by a foreign multinational – Tongaat-Hulett’s of Triangle.

Will the sweet life, as we knew it then, ever return?

Dr Michelina Andreucci is a Zimbabwean-Italian researcher, industrial design consultant, lecturer and specialist hospitality interior decorator. She is a published author in her field.  For views and comments, email: linamanucci@gmail.com