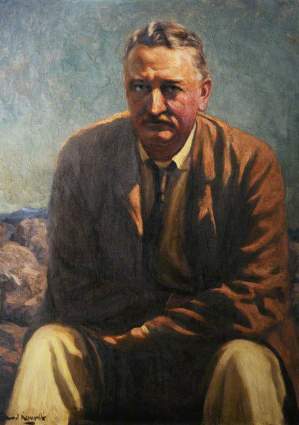 THERE is a lot of information about Cecil John Rhodes, especially on how he built his ‘empire’ until his death in 1902.
However, much of the information has been written by Cecil John Rhodes’ friends and ‘worshippers’ that have intentionally distorted information leaving today and future generations starved of the truth about the Englishman.
As a result, today some Africans see Rhodes as a saviour who “tamed and civilised” the continent where “savages and wild animals” dwelt.
To them, the modern towns, towering blocks of offices, factories, railways and airports are ‘thanks’ to Rhodes.
Strangely there are people that ‘wonder’ where Zimbabwe would be had Rhodes not assisted in the colonisation of the country.
Perhaps it is not strange as perceptions of Rhodes as a superman in Africa continue to be cultivated.
His ‘worshippers’ wrote many journals that portrayed Rhodes as a man who built his riches from ingenuity.
They perpetuate lies that Rhodes came to Africa with $10 000 from Europe, and through his creativity and hard-work made use of the money and developed his Southern African empire. Such as the following letter we stumbled upon this week in one of the local dailies:
“Rhodes landed in southern Africa with only $10 000 and went on to develop Zimbabwe, South Africa, Zambia and Malawi. Some have been getting million upon millions and nothing has developed since 1980. The roads we are using today were built by Smith. Most facilities which are in a sorry state today were left by Smith. I wonder where we could have been today. Cry beloved country.”
But the truth is Rhodes came to Africa penniless, in fact to support his travel to Africa; Rhodes borrowed money from his aunt Sophia.
Like many prospectors and speculators who wandered in search of riches, Cecil and big brother Herbert Rhodes became involved in the rush to exploit South Africa’s diamond and gold deposits in Kimberly, their claims proved fruitful. That is where he made his fortune.
He accumulated his wealth from brokered secret deals, issued bribes and used mercenaries to butcher his opponents. He expropriated blacks of millions of square miles of land where he later established his million dollar diamond empire built on bribery and slave black labour.
He bought newspapers in order to shape and control public opinion.
He did so without a scruple.
Through his conniving tactics, Rhodes gained control of the de Beers mine, Kimberly mine and took over the diamond mining industry in Cape Colony.
He later bought out his fierce rival Barnett Isaacs, who was the owner of Barnato Diamond Mining Company for around four million pounds, writing the single largest cheque in world history that time.
Rhodes then amalgamated these mines to form De Beers Consolidated Mines Limited, giving him dominion over 90 per cent of the world’s diamond output.
He had also secured two other important positions; Prime Minister of the British Cape Colony, and president of the British South Africa Company, an organisation he formed to pursue British expansionist adventures.
Speculation was rife, that further north, there were more diamonds and gold deposits.
Rhodes then formed the BSAC and went to the land of Matabele and Shona (now Zimbabwe).
By the time he dispatched his 500 pioneers north to invade the Shona and Ndebele land in1890, his mining interests in S Africa had made him, in today’s terms, a billionaire.
The highest paid pioneer with the column was paid an average of £400 per day.
On arrival, he tricked King Lobengula into signing off the Matabele and Shona mining rights and land.
To show how rich he had become, Rhodes was prepared to use one million pounds in a war, in the event Lobengula realised that Rhodes meant not only to mine but also to occupy his land.
Upon realising they had been tricked, the Matabele and Shona people launched fierce resistance but were however crushed because Rhodes had a highly paid mercenary army which he promised free land and free mining concessions.
By the end of 1895, the BSAC had introduced the hut tax, native reservations and passes for the purpose of dispossessing Africans of their land, livestock and minerals and forcing them to work for European settlers.
More British came and became wealthy from the theft of the gold and labour of Africans in Southern Africa.
By 1914, Rhodes’ BSAC had taken 48 million acres, other companies 9 million acres and individual settlers a further 13 million acres.
Africans who were 97 percent of the population had been forced into 23 percent of non-productive land in the reserves.
Rhodes was a perpetrator of genocide, responsible for the displacement of millions of African people for the benefit of white settlers, stole millions of diamonds and gold and enslaved African people on their own land.
And Rhodes never used a penny from England to build ‘his empire’.
It was Africa’s mineral resources, land and our ancestors’ sweat that built Rhodes’ Empire. The fact that our ancestors rose up in arms against the white man soon after he invaded the country is an indication that even if they had no university degrees like most of us today, they could still see Rhodes was an oppressor.
No sensible African will express gratitude to Cecil Rhodes for anything. Rhodes used expropriation and exploitation to get his way.
Today, it is the white man’s resistance to our effort to reverse Rhodes’ legacy of land grabs and looting of mineral resources that is responsible for Zimbabwe’s current miseries.