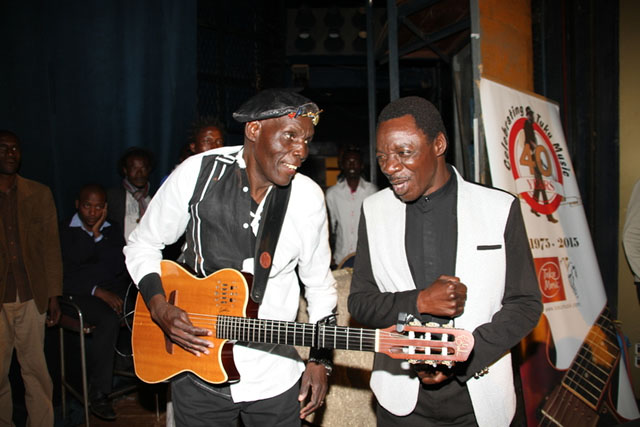 A NATION’S greatest resource are its people and when a nation is as rich as ours, sometimes it is too easy to mistake diamonds for pebbles.
The theory of multiple intelligences claims each human comes onto this planet endowed with at least nine intelligences. At birth these are developed to various levels depending on the individual.
Thus, at birth, one’s musical intelligence can be so highly developed that at six years, a person can master any musical instrument to a level that surpasses an adult who has played the instrument for more than 10 years.
Yet, these intelligences do not work individually.
They work together and the variously combined intelligences in different individuals produce the most uniquely talented individuals, geniuses at times, who leave a most incredible imprint on the planet.
In Zimbabwe, we have incredible talent in men and women who, though unschooled in the formal sense, display highly developed intelligences which are astonishingly combined.
If you watch Alick Macheso in the smoke and ‘noise’ of a live performance, there is too much that can distract from watching and listening with sensitivity to the finest that he offers.
If you were to say to a teacher who has just been watching Macheso live that he could use his music to teach poetry, he/she would likely think you were out of your mind; that it would be the greatest blasphemy to the profession.
However, if he/she were to listen to him away from the performances and concentrate on the music, there is a lot that can persuade him/her of the rich poetry and much more.
Poetry belongs to the realm of linguistic intelligence and listening to the lyrics of Macheso’s songs, you are left in no doubt he is a master.
The poetry flows; it challenges you, opens your mind, soothes and consoles you while teaching you at the same time.
However, what brings this poetry to a higher plane is the music that is woven in and through it, which harmonises to capture the soul.
It is a master-piece.
Effortlessly, you listen because the sounds and rhythms are also in you, you have grown in them.
The choreography to the words and the music is astounding.
The dance comes naturally — listening, you cannot avoid it.
In his dance, the artiste displays supine bodily kinesthetic intelligence; the seraphic footwork woos the poetry, weaving the music in and around it and even as you dance and enjoy, you cannot afford to introspect for it is too close. But that is just what you have to do because the poetry is not empty words, it tells you the story of your life, forces you to face it and to think about.
“Tafadzwa nyarara, unyararise
Mwari vanoziva ivo
Vangaite zvavanoda, urambe wakanyarara
Chero uchiona uchiziva denga rinenyasha
Taridza kushinga uenderere mberi neupenyu hwako.”
In the above song, Macheso advises and consoles.
In the poetry, he reveals highly developed inter-personal and intra-personal intelligence, the domains which govern relationships with others and with the self respectively.
Macheso also demonstrates existential intelligence, so important in our cultural values as espoused in the lyrics below:
“Kubuda kwaro ndinoiwana nguva yokutenda amai vangu muzvare
Kuvira kwaro ndinoiwana nguva yokutenda amai vangu muzvare
Ndinoziva hakuzi kugona kwangu
Inyasha dzedenga”
He exhorts people to honour their parents, honour God and be grateful.
It is not just Macheso, it is also the late Leonard Dembo in ‘Mudazvavamwe’ when he says: “Ko zvaunoda vavamwe, wako uchazomuda rini?”
He impeaches greed, lust and envy.
There is also Dr Oliver ‘Tuku’ Mtukudzi who he sings:
“Kusvikira rinhi tichitiza mumvuri wedu?”
He decries the self-rejection so rampant among us as we embrace the ways of the West that are so inimical to us.
The late Simon Chimbetu is another legend.
In ‘Pane asipo’ he sings:
“Gungano ramaita iri pane vamwe vasipo
Molly akasara kuhondo
Jonah akasara ikoko
Tatadza kukanganwa isu, kukanganwa takoniwa.”
Can we really forget the liberation struggle, he challenges?
Then there are the Four Brothers who sang:
“Vimbai mwana akanaka
Chichekererwa seshereni
Chitora mwoyo pakaperera shungu DzaMwari
Meso ake akashongedzwa tsitsi nengoni.”
They posted a concept of beauty so African, so distant from the depravity that is so common in music from the West.
These great musicians and others, who continue to rise above it all, remain custodians of our revered cultural values.
This golden generation of musicians’ songs deserve to be taken into the classroom in order for children to learn from their poetry our rich cultural heritage.
The fact that these are songs, not bound into a book, does not make them less valuable, but actually more valuable because the accompanying music adds enjoyment to learning.
Children learn effortlessly when there is music and what’s more, if it is music they can dance to?
We must move away from the English classroom and create our own unfettered African classrooms.
Through exposure to this rich milieu of learning, children will develop more than one intelligence at a time.
They develop linguistic intelligence through the poetry; they develop musical intelligence from the accompanying music, bodily kinesthetic intelligence from dancing, from playing the instruments, be it the guitar, mbira, drums or piano.
They also develop intra and inter-personal intelligences from the attitudes values and feelings in the poetry and the cultural content of the music.
When we teach our children such poetry from our own musicians, we encourage them to listen to our own music rather than foreign music which in many cases has cultural values that are inimical to our hunhu/ubuntu.
This will also help our young to be critical of the local music that corrodes our cultural values because we will have taught them to love the Zimbabwean music that promotes the best in us.
Zimbabwean musicians are gems.
They have been, and still are, some of the best ambassadors of our cultural values.