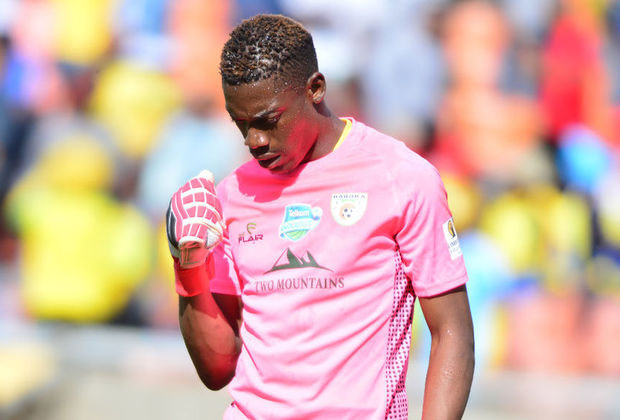 SURPISE inclusions and surprise exclusions naturally took centre stage as the Zimbabwe Senior Men’s national soccer team, The Warriors’ interim coach Joey Antipas, announced the new look team expected to do duty for the nation on Tuesday.
With chaos having reigned supreme, both on and off the field during The Warriors’ disastrous outing at the 2019 African Cup of Nations tournament in Egypt in June this year, it was expected there would be several changes to the squad.
And those changes have come with huge shocks and surprises.
In Egypt, The Warriors hogged the limelight for all the wrong reasons, with payment issues characterising what were rather lame performances on the field of play.
A certain grouping of players reportedly instigated and led a mutiny that almost resulted in the team failing to fulfil their fixture against Uganda.
The acrimony between the players and ZIFA led to a standoff whose result has been the disbanding of the team.
Off pitch, reports that there were serious divisions in the team’s camp did not help matters as well.
As expected, The Warriors’ run at the tournament ended in humiliating fashion after they garnered just a single point from their three group stage matches.
The country’s football mother body, ZIFA, struck the first blow when they dismantled the technical team led by Sunday Chidzambga who left in a huff barely a month after the Egypt tournament.
Assistant coaches Rahman Gumbo, Lloyd Mutasa and Brenna Msiska were also shown the exit door.
In came the affable Antipas who is being supported by the finest footballing minds in the game at the moment, Tonderai Ndiraya and Lloyd Chitembwe.
The coaches bring in a mixture of experience, flair and the ability to turn the team into a formidable side.
But it is the ruthlessness with which the team has been culled that has left football pundits begging for answers.
Skipper Knowledge Musona, who had a nightmarish outing in Egypt where he missed a glut of chances that cost the team dearly, has been duly dropped from the team.
Joining him on the terraces are the likes of goalkeepers George Chigova and Edmore Sibanda, with midfielders Danny Phiri and Ovidy Karuru also being overlooked for selection.
Star midfielder and man of the moment Marvellous Nakamba has also been not selected as he settles into his new team.
Nakamba recently joined English Premier League side Aston Villa in a 12 million-pound deal and made his debut on Tuesday in the Carabao Cup against Crewe Alexandra on Tuesday.
However, reports that Aston Villa asked Nakamba to be excused make sad reading.
The Warriors take on Somalia in the Preliminary Stage of the 2022 World qualifier next month.
Since this is a FIFA-sanctioned encounter, The Warriors medical team should have been allowed to assess the player’s fitness before making a determination on whether he should play against Somalia or not.
That is a matter that needs to be discussed at great length in future.
But while the focus has been on the many changes to The Warriors technical department and team, ZIFA somehow finds itself cushioned from scrutiny.
If the truth be told, ZIFA has been an unmitigated disaster and has failed to steer the country’s football forward.
When he came into office in December last year, after his unexpected victory against the then incumbent Philip Chiyangwa, current ZIFA boss Felton Kamambo has spent more time fighting unnecessary boardroom squabbles than coming up with sound ideas that can steer the game forward. He has yet to furnish the country on what really transpired during the Egypt tournament.
Surely the nation deserves an explanation. We are yet to be told by Kamambo why ZIFA is failing to do basic things like providing all national teams with decent accommodation, transport and allowances.
Why then is he rushing to dismantle The Warriors and not ZIFA itself?
Is this the right thing to do?
How has he, together with his stuttering lieutenants, performed since they assumed office?
Why is he interfering in team selection as what happened on Tuesday?
It is our hope that this new team, which looks good on paper, will not once again be disbanded by the ever blundering ZIFA.
National Squad
Goalkeepers:
Elvis Chipezeze (Baroka), Talbert Shumba (Chapungu)
Defenders:
Teenage Hadebe (Yeni Malatyaspor), Macclive Phiri (Highlanders), Peter Muduwa (Highlanders), Alec Mudimu (CEFN Druids AFC), Divine Lunga (Lamontville Golden Arrows)
Midfielders:
Marshall Munetsi (Stade de Reims), Thabani Kamusoko (Zesco United), Kudakwashe Mahachi (SuperSport United), Tichaona Chipunza (Chicken Inn), Phenias Bamusi (Caps United), Khama Billiat (Kaizer Chiefs)
Strikers:
Tinotenda Kadewere (Le Havre AC), Clive Augusto (Maritzburg United), Terrence Dzvukamanja (Bidvest Wits), Admiral Muskwe (Leicester City), Evans Rusike (SuperSport United)