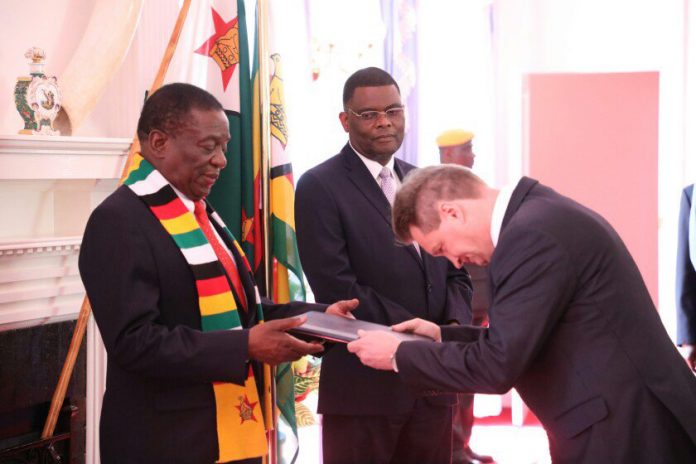 DEMOCRACY is one of the most abused words pertaining Zimbabwe by the West and its local lackeys today.
The backers and funders of the opposition in the country describe democracy as being synonymous with free trade, free enterprise, free markets and the sanctity of private property.
What it means is that ZANU PF is viewed as having violated ‘democratic’ principles that have nothing to do with rule of law, freedoms, rights and justice, but more to do with giving Western capitalists access to Zimbabwe’s resources for a song.
There are some within Zimbabwe’s opposition who dishonestly believe that Government’s empowerment programmes in respect of land ownership and black economic empowerment are a travesty and are determined to ‘return the country to democracy’.
In this respect it is not uncommon to hear senior MDC officials talk about their ‘struggle for democracy’.
The misguided conviction by the MDC leaders, apart from making reality sit on its head, also makes one wonder how we can have such people being leaders in a society such as ours.
Louis Farrakhan once said: “We are not oppressed because we are black, we are oppressed because we are ignorant. It is ignorance that keeps us on the bottom, not blackness.”
The formation of the MDC had nothing to do with the absence of democracy or any violation of human rights in the country.
The irony lies in the fact that the MDC was formed to reverse the gains that had been registered on the democratic and human rights front by ZANU PF.
The real function of the MDC is to reverse the Land Reform Programme and not to repair a democratic deficit that did not exist anyway.
The white elite abandoned the Rhodesian Front and embraced the MDC as their new electoral vehicle.
We now have some of them teaching and lecturing us on human rights which, for a greater part of their lives, they violated left, right and centre in pursuit of the fight for continued white dominance in this country.
There are at least three successful ‘colour revolutions’ in the past decade:
– Rose revolution in Georgia – November 2003 to January 2004
– Orange revolution in Ukraine – January 2005
– Tulip revolution in Kyrgyzstan – April 2005.
These are changes of governments spearheaded by US ‘democratisation’ International Governmental Organisations, on the direction and funding of their government in pursuit of its policy objectives.
The three ‘revolutions’ were executed in more or less the same manner, following a standard plan.
In Zimbabwe and Venezuela, attempts to execute these sorts of revolutions have been going on for a while now.
However, prospects are getting dimmer with each passing day and, in the case of Zimbabwe, this has led to some of the most absurd ‘operations’ in the political arena as some Western diplomats become desperate to prove back home that the regime change agenda can still work.
The new dispensation has made all attempts to ‘play ball’ and return Zimbabwe to the family of nations.
However, for the past year, what many have witnessed is that Zimbabwe’s return to the family of nations is being derailed by the several foreign powers, with the local opposition carrying out its dirty work.
The premise for Zimbabwe’s return to its former glory by those pursuing the regime change agenda is that ZANU PF should be nowhere near the levers of power. In light of this position, we continue to witness the implementation of the scorched earth policy and other tactics to discredit the new dispensation and ensure that any goodwill it has cultivated is eroded.
Each time Zimbabwe takes a step forward; there are some within the diplomatic corps who work hand-in-glove to force the country to take three steps back.
Conditions for re-engagement
Some Western countries are pushing for re-engagement with a set of conditions which include the ‘respect for the rule of law and alignment of laws to the new Constitution.’
Unfortunately, a handful of these countries representatives’ are believed to be burning the midnight oil to ensure that Zimbabwe does not meet these set conditions.
What we are aware of is that the bottom line in the argument of ‘return of rule of law’ is that it has nothing to do with constitutionality or democracy, but has everything to do with returning Zimbabwe’s economy to effective Western control.
Which is why the propaganda against Chinese business interests in Zimbabwe is always at an all time high, and yet there are other African countries with larger populations of Chinese and investment and yet we never hear about that.
In fact, one of the US’ biggest trading partners is China, and yet we have never heard any talk of how China is colonising the US.
Recently, we have heard talk of the lack of implementation of political reforms by those in the opposition and their Western handlers.
However, what is intriguing is that none of these people ever specify which political reform is not being implemented.
These vague allegations and accusations are then hyped and propagated by the ‘independent’ media as part of efforts to continue to demonise the new dispensation.
What is clear is that some Zimbabweans will stop at nothing to ensure that the current challenges in the country remain so that they can have a platform to use in their pursuit of ‘30 pieces of silver’ from their regime change handlers.
If anyone is in doubt about how unpatriotic the MDC and its leadership are, this week’s attack on Steve Harvey for showcasing Victoria Falls to the world on social media is proof that ours is a battle against a depraved opposition.