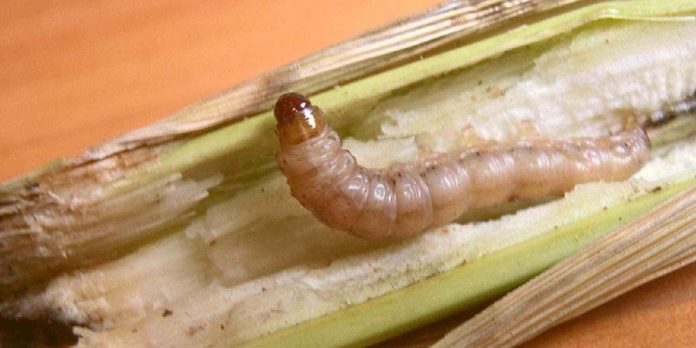 AS the 2017/2018 cropping season draws to an end, stakeholders are anticipating a successful season with high yields.
Harvesting for the tobacco crop is underway, with the marketing season having kicked off this week.
The maize crop is at different stages of maturity.
The dry spell experienced in most parts of the country late last year disrupted the planting of grains.
Most parts of the country received first rains late in November before a dry spell ensued in December.
When the rains were received, some farmers planted maize.
However, other farmers planted when the rains resumed late in January.
The ever-changing rainfall patterns are drawing back crop production but farmers have not lost hope, they remain upbeat.
Given the time, effort, hard work and determination put, every farmer expects to be rewarded in the form of improved yields.
With part of the maize crop still in the fields, calls have been made for farmers to be on the look-out for pests and diseases.
Having already been affected by the changing rainfall patterns, grain growers cannot risk losing out to pests and diseases.
There are pests and diseases that affect the maize crop while it is still in the fields, when harvested and in storage.
Pests and diseases, if not controlled or prevented, can negatively affect yields.
Recently, Government, through the Plant Protection Unit, engaged farmers in Gwanda North where there is the fall armyworm outbreak.
Farmers were taught how to identify and apply chemicals to get rid of the pest.
Agronomist Ivan Craig said local grain is normally affected by stalk borer.
Stalk borer, a pest that feeds mainly on maize and sorghum, feeds on plant stalks and upper leaves, reducing flow of water and nutrients throughout the plant.
Plants then wilt and either die or have stunted growth.
“The stalk borer multiplies faster, especially in hot conditions, and most farmers have been negatively affected in past seasons,” said Craig.
“If the issue of controlling stalk borer is not taken seriously, soon it will be a national disaster.”
Statistics indicate more than 10 percent of the country’s grain output is lost annually and this translates to US$60 million worth of maize output.
Craig urged farmers to take precautionary measures to protect crops.
“Farmers should apply chemicals that destroy stalk borer after four weeks of planting and this should be done even when no signs of the pests are found,” he said.
“The application is best done manually with farmers sprinkling pesticides at the tips of plants.”
Farmers can be sure of the presence of stalk borer if plants have holes and ‘windows’ in leaves while small dark caterpillars can be seen at the bases of leaves.
The caterpillar is pinkish with more or less distinct black spots along its body, with a fully grown one measuring up to four centimetres long.
In severe attacks, the central leaves die.
In older plants, the young caterpillars bore into the main stem and later move up into maize cobs.
According to an article produced by HDRA, an organic research organisation, stalk borers lay eggs on the underside of leaves in columns stretching from the stem.
“The eggs are white but get darker with age,” reads the article.
“They hatch into larvae after about 10 days and develop from being small and black to pink caterpillars with black spots on their backs.
Young caterpillars crawl to the base of a leaf and eats plants tissue.
After sometime they bore into the stem and feed there until they are fully grown.”
Farmers can put in place measures to monitor, control and prevent stalk borer.
Farmers can use light traps which help provide useful information about the population of moths and therefore of caterpillars.
Craig said general management of fields aided pest movement control.
“Fields should be kept clean, without any weeds, including surrounding areas, as this helps control pests,” he said.
“After severe outbreaks, stubble should be ploughed into the soil or burnt to kill any remaining larvae.”
Crop rotation aids stalk borer control as it separates pest space and time from its host plant.
Through crop rotation, pest-life cycles are interrupted by depriving them of their food source.
Experts contend farmers should rotate crops which have few common ‘enemies.’
Growing maize-cowpea mixtures reduces incidence of stalk borer.
Traditional method farmers can use is sprinkling cow urine on crops.
According to HRDA, farmers can collect cow urine, let it stand for two weeks in sunlight before mixing it with water using the ratio one part urine to two parts water.
Care should, however, be taken when using this method to not burn tender leaves with too high a concentration.
The timing of any kind of spray is crucial as crops should be sprayed before moths lay eggs or spray caterpillars when they are at their most vulnerable, that is, feeding at the base of leaves.