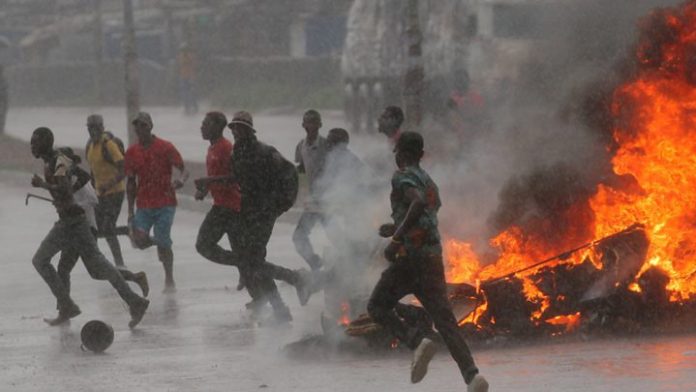 EDITOR – I HAVE been following the stories you write in The Patriot and appreciate the detail.

I am one person who does not tolerate violence in the country.

My business was vandalised during violent demonstrations earlier this year and, despite the assistance I have received, it has not been easy to recover.

The MDC Alliance would want it to appear as if people fear to demonstrate, and will always attempt to lure masses to them ‘by any means necessary’ but violence is not the way to go.

I can say the MDC Alliance uses sanctions as the baton and present economic-recovery-promises as the carrot to the nation to make people think they are a better option and turn the masses against the leadership.

Thank you for educating us on how the MDC Alliance are confused lot being used by their colonial masters.

You see, Editor, the least we need as a nation is a directional person at the top and Chamisa has proven that he is not the type.

His situation is made worse by teaming up with a bunch of clueless people.

In that respect, thank you for detailing Job Sikhala and his confusion too.

Itemising the weaknesses of the MDC Alliance is crucial for an understanding of a need for an organised and consistent leadership, henceforth, a peaceful nation.

Before I salute, Editor, the slave trade series is really a sad and harrowing tale.

Such historical documentation captures African losses and imposed status at the hands of the race that has imposed itself as superior to others.

Thank you for educative stories.