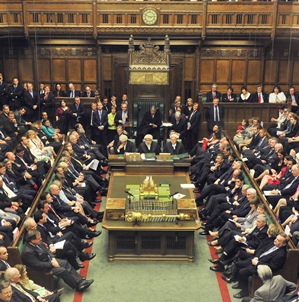 THE British Lower House, the House of Commons has given its government an October 13 ultimatum to announce its position regarding the European Union (EU) sanctions imposed against Zimbabwe.
The decision must be made before the Belgium meeting next month set to review the embargo imposed on Zimbabwe by the EU at the behest of Britain.
Britain’s position will be tabled when the 28-member bloc including Britain meet on November 1 in Belgium to review terms of the embargo.
However, there are indications that Britain will follow the lead set by the majority in the EU to lift illegal sanctions on Zimbabwe.
Earlier this year, the European Council unanimously agreed to completely remove the illegal sanctions imposed on Zimbabwe when they meet in Belgium.
The EU imposed illegal sanctions on Zimbabwe in 2002 at the instigation of the British government following the successful implementation of the Land Reform Programme which saw more than 400 000 black households own farmland which was previously owned by 4 000 whites.
The former coloniser managed to internationalise its bilateral dispute with Zimbabwe resulting in European countries imposing punitive measures against Zimbabwe and its leadership.
However, the EU feels it is losing out on lucrative deals as it cannot engage Zimbabwe.
Countries such as India are becoming leaders in diamond trade overtaking nations such as Belgium that have traditionally led in the trade.
The embargo has back-fired and the EU feels hard- done over an issue which it now appreciates is purely bilateral.
Since 2010, the EU member states such as Belgium, Germany, Spain, Italy and Greece have been opposing the continued imposition of the illegal sanctions while Britain, a powerful member of the grouping insists the sanctions should stay.
In recent months, Britain’s ‘close’ allies, Denmark, Netherlands, France and Switzerland joined the bandwagon indicating intentions to restore normal ties, while the European Investment Bank resumed lending to the private sector.
They complained that the bloc has been playing second fiddle to China and other Asian tigers in exploiting business opportunities in the country because of the illegal sanctions.
Belgium, which houses one of the world’s largest diamond trading centres in Antwerp, is lobbying for the unconditional removal of the embargo so that it can better access gems from the country.
Turkish firms are also queuing for local opportunities with three companies, including Canyon Coal, recently expressing interest in investing in, mining, construction and education.
Netherlands one of the biggest importers of agricultural products has shown keen interest in the country’s horticultural products while the whole bloc is eager to import the country’s quality leather.
In the 1990s, the country would export more than 20 000 tonnes of raw hides and skins from crocodiles, buffalo, hippo and other wildlife to Europe where they are sought after by fashion houses.
In view of all these developments, Britain feels helpless as her allies have decided to leave her in the fantastical wilderness of treating Zimbabwe as a pariah state.
The mega deals that Zimbabwe recently signed with China and Russia unsettled Britain and her allies.
There is no doubt that Britain is being spurred into action by the deals.
Last week at the 69th Session of the United Nations (UN) General Assembly in New York, President Robert Mugabe called for immediate and unconditional removal of the illegal sanctions.
He criticised Washington and the Western bloc of using sanctions to effect regime change in Zimbabwe.
“These evil sanctions violate the fundamental principles of the United Nations Charter and should be condemned by the international community,” President Mugabe said.
“Regime change is a diabolical illegal policy of interference in the domestic issues of my country.
“No good can come from undermining our economy, or depriving our citizens of the necessities of life.”
In 2008 Britain and the United States tried to persuade the UN Security Council to expand the US and European sanctions on President Mugabe and other officials by making them binding for all UN member states.
But Russia and China, backed by South Africa, used their veto to block it.
The punitive measures are estimated to have cost Harare over US$42 billion in potential revenue over the last 14 years, forcing many companies to close shop and relocate to other countries.
The illegal sanctions adversely affected the standards of living for the general populace.
As most companies closed shop, the country’s unemployment levels doubled resulting in large scale skilled labour migration.
The illegal sanctions also have had a devastating effect on the country’s social services.
Ordinary people have borne the brunt of the illegal measures.
The most affected sectors are health, education and water and sanitation.
Following the imposition of sanctions, Danish government and the Global fund suspended funds to Zimbabwe leading to a critical shortage of essential drugs including HIV and AIDS drugs and this had serious repercussions on the ordinary people.
In addition, the suspension of the Swedish International Development Agency of the Health Sector Support Programme for Water and Sanitation in 2000 resulted in the highest death rate ever recorded in the country due to Cholera in 2008 and 2009.
It will be therefore, naive for Britain to say these disastrous consequences are only affecting a few targeted individuals.
Pundits contend that it may be wise for Britain to swallow her pride and endorse the removal of sanctions on Harare.
She needs Zimbabwe more, not the other way round.