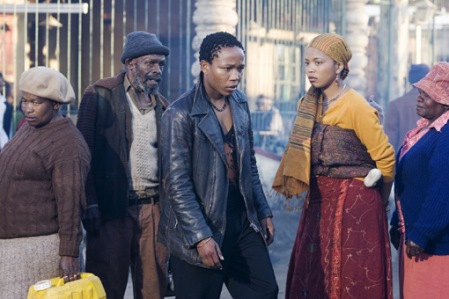 AFRICA is the second largest film producer in the world with the majority of them being produced by Nollywood, but the industry is the poorest in the world compared to Bollywood and Hollywood.
Ultimately, the goal is to create a self-sustaining film industry for Africa, which creates films that score big at the box office.
However, pundits say this goal will not be attained as long as film makers ‘specialise’ in imitating Hollywood productions.
The African film industry has remained stagnant threatening the future of the sector.
Africa must begin thinking outside the box and change its way of conducting business.
The continent must promote the growth of the sector by using the available resources to come up with productions that meet global standards.
Africa is known for beautiful scenery that have attracted many film directors and producers from all over the world to shoot their films on its shores.
It has also become an international hub for competitive production locations with many global film producers working on the continent due to favourable costs.
Instead of aping Hollywood, African and Zimbabwean film makers should explore new opportunities that can attract foreign and local investors in the sector.
Zimbabwe has vast film locations that are internationally competitive providing good landscapes for film producers.
These locations include the mighty Victoria Falls which is one of the Seven Wonders of the World, the Matopos Hills, Domboshava Hills, Nyanga among others.
Such places can help to grow the country’s film industry.
For instance, South Africa Cape Town Film Studios has attracted international film makers.
It’s the first custom-built Hollywood-style film complex of its kind in Africa.
Set in South Africa’s tourism capital, the studio offers easy access to a wide array of locations including sandy beaches, modern cities, forest and plains, vineyards, savannah, waterfalls, safari and desert.
Since opening in 2010, it has been the location for high profile movies and TV series which have made hefty profits, including 20th Century Fox’s Chronicle which is set in Seattle in the US but was shot primarily in Cape Town.
The film cost slightly more than US$10 million to make, but grossed nearly US$130 million in cinema ticket sales.
Figures from South Africa’s trade and industry department show that in its first two and a half years of existence, productions that used the studio employed 29 000 people and directly invested 1,4 billion rand.
This also means further development of the South African industry itself and an opportunity for local actors, directors and producers to exchange notes with visiting Hollywood magnates.
The impact of this has seen films like Gavin Hood’s gritty drama Tsotsi, about a young gangster in Soweto, near Johannesburg; win an Academy Award for best foreign language film in 2006.
Another successful production is Yesterday, a story of the struggles of an HIV-positive mother and U Carmen E Khayalitsha, a Xhosa-language film which won the Golden Bear award at the 2005 Berlin Film Festival, which has cemented South Africa’s reputation for creative, quality film making.
Building on this reputation, a string of successful big budget international productions have been filmed in South Africa that included the popular Blood Diamond with Leonardo DiCaprio.
Lord of War is another successful movie, starring Nicholas Cage as a global arms dealer, which showcases South Africa’s wealth of breath-taking locations, with Cape Town appearing as 57 different settings in the Middle East, Afghanistan, Bolivia, Sierra Leone and elsewhere.
Zimbabwe should therefore promote public and private partnership in the local film industry to build international standard studios to attract more foreign movie producers to come and do their work locally.
This will give an opportunity to grow the local film sector as more revenue will be generated in the industry.
Local film producer Trevor Chidzodzo said if the country attracts international film producers the local industry will also benefit through job creation.
“When global film makers come to shoot their movies here we benefit as line producers a situation that can help us to boost our revenue in improving our own productions,” said Chidzodzo.
“The move would also help local actors to get exposure at an international level as they can have easy access and opportunities to feature in some of these movies.”
He said Zimbabwe is one of the best countries in the world that have competitive acting locations.
“There has always been many international film producers who want to come and make their movies in Zimbabwe,” he said.
“There is need for government to put in place measures that will attract these film makers.”