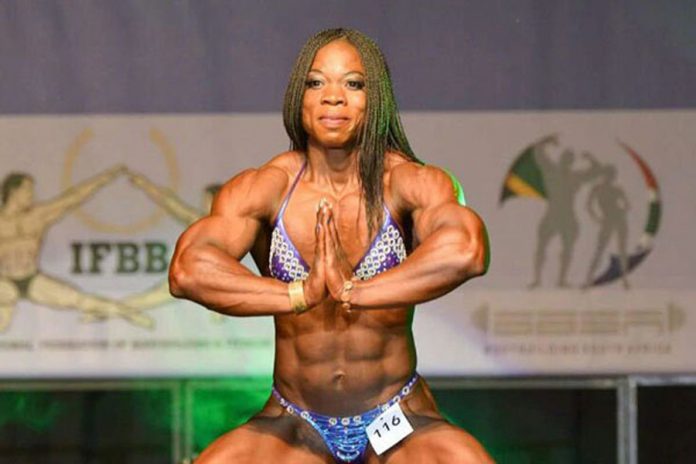 “I WILL greatly multiply thy sorrow and thy conception; in sorrow thou shalt bring forth children; and thy desire shall be to thy husband, and he shall rule over thee.” Genesis 3:16

The above verse has, since time immemorial, been used to abuse and exploit women in communities across the world, rendering them second class citizens.

Terms such as ‘fairer sex’ and ‘weaker sex’ have often been tagged on women, depicting them as people of no major significance or use in society apart from their cultural societally ascribed roles.

Women have been regarded as domestic beings whose role is only limited and confined to the duties around the home — that is, women produce children, they are mothers and wives, they cook, clean, wash and take care of men.

They are expected to take care of their male counterparts and are often excluded from high profile occupations and positions of power.

Women have not been clamouring to be at par with men, no!

All they want are their capabilities to be appreciated.

There is no arguing that, biologically, men and women are different. However, there has never been a definitive conclusion regarding advantages or disadvantages as a result of one’s sex.

While some argue that those differences are enough to explain the basic division of labour according to sex in all societies, cultures have been evolving and many societies have seen immense changes in the roles played by women in society beyond the confines and limitations of the home.

The world has warmed up to the idea that women can be better than men.

In politics, some of the world’s most developed and powerful nations are under the leadership of women.

One such example is Germany, under the leadership of Chancellor Angela Merkel, with Liberia also having had an opportunity to experience female leadership under Ellen Johnson Sirleaf.

This is an indication women can perform just as good as their male counterparts if given the opportunity.

It proves that gender is not a pre-determinant of one’s abilities.

Women, such as Oprah Winfrey, have proved formidable in the arts industry by also becoming the first black female billionaires.

Given an even playing field, women have the capabilities to perform better or even outshine their male counterparts.

Closer home, women have had their fair share of glory beyond the realm of the ‘normal’ and socially ascribed roles.

Some of these women are even plying their trade in foreign lands.

Such women include Danai Gurira, a Zimbabwean woman who has made a name for herself in the arts industry by featuring in international Box Office movies such as the Black Panther.

One of the most decorated female personalities in the history of sports is former Olympian and gold medallist, Minister of Youths, Sports, Arts and Recreation, Kirsty Coventry.

Born on September 16 1983, the 36-year-old former Olympian amassed success and glory in the swimming pool, a feat that only a few can ever achieve and many only dream of.

Coventry won medals in almost every Olympics that she took part in from 2000 to 2016.

She did not only make the country proud but all the women who still see her as a symbol of female excellence.

Her success not only proves some sections of society wrong on their understanding of women but also gives a new narrative to the debate on what women can or cannot do.

Society is slowly realising that success is not gender based but rather a matter of mindset, determination and desire.

After retiring from the pool, Coventry has since assumed the role of Sports Minister, becoming one of the youngest ministers in the Second Republic.

Her story is not the only success story that shows the capabilities of women.

Monalisa Sibanda is also another success story that deserves mention among the great women of this country.

She made history in 2005 when she became the country’s first professional boxer.

In 2019, she defeated Joyce Awino of Kenya in her own backyard to take the Women’s International Boxing Association title.

Like Coventry, Sibanda has proven many wrong in as far as the capabilities of women are concerned.

By the standards of the common man, boxing is predominantly a male sport as it demands aggression and power.

Women like Sibanda have proven that men and women can be at par and achieve the same amount of success or glory, even in areas that are predominantly male.

Zimbabwean Bodybuilder Regina Jonga won gold in the Women Extreme category of the WFF Bodybuilding competition in China. The victory saw the Mutoko-born female bodybuilder receiving a Pro Card, which makes her professional.

Sithethelelwe ‘Kwinji 15’ Sibanda is a name that is rarely bandied about compared to her male counterparts who ply the same trade.

It is not surprising that many may not even know who she is, yet so many people claim to be avid soccer lovers.

That’s right, her name is not bandied about because she is a woman.

However, she is one of the best players this country has ever seen and has also proven to be a fine soccer coach.

They say numbers don’t lie and the number of games the senior women’s team has won under the guidance of Sibanda is testament to how even those regarded as the weaker and fairer sex can be success stories.

Our own First Lady Amai Auxillia Mnangagwa set a good example to all women in Zimbabwe by attaining her first class licence.

The First Lady highlighted that there is no limit to what women can achieve.

Despite the primacy of the mother-housewife role, women are entering the labour market and other spheres of life in ever increasing numbers.

Women used to be employed mainly in unskilled and semi-skilled manual jobs and in intermediate and low grade white collar occupations such as receptionists and secretaries.

This has since changed as witnessed by the rising numbers of professional women in engineering, medical fields, construction and manufacturing sectors.

With the rise of women success stories, one can safely say the battle for emancipation of women has largely been won, save for a few societies that still do not acknowledge the existence of women as equal beings with men.

As the world commemorates the international women’s month, it also gives pride to realise that women have surpassed the societal benchmark set for them by society.