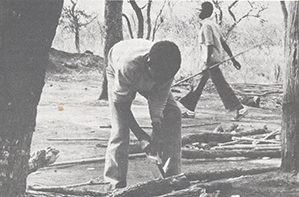 THE children who went to the liberation struggle and joined the forces in Mozambique and Zambia demonstrated a great force that is unimaginable.
The force of patriotism was strong enough to liberate Zimbabwe.
This same force burned in each fighter who put his/her life on the line.
The children suffered excruciatingly, but they never gave up the struggle.
They were unflinching in their dedication and commitment to the liberation of the country.
At Chimoio, they experienced the worst brutality imaginable.
Justice Chauke, a 14-year-old then, recounts the horrors of that fateful November 23 1977.
“I still remember, while it was early in the morning, we woke up, washed our faces and went to school.
While we were at school, learning, we saw one aeroplane pass through and it indicated while it was in the middle of the camp, then others came, helicopters, mirage and the camp was bombed.
We then ran away; I was with my friend who was injured on the hand.
Blood and others dead, my friends were dead.
We got to the front, saw paratroops being dropped.
One of the classrooms was bombed.
James, Ropa and Peter, they were all teenagers’ (the whole class was wiped out).”
It is difficult to imagine what this child went through, caught between the bombarding airplanes and ground troops, watching his friends die and still struggling to survive the holocaust.
The trauma is the deepest.
No child should ever go through this.
Hundreds of other children went through such an ordeal in the Chimoio massacre.
The children fought without fear of the enemy.
That is why despite the repeated brutal massacres, they did not cry to go home, but retained their morale and remained strong in their resolve to continue the struggle.
From Chimoio, these children were rehabilitated at Gondola, but on July 19 1978, the enemy followed them with the heaviest of arsenal. The children survived, thanks to our intelligence.
They had been moved to Pasichigare Camp, only seven days before the Rhodesian planned massacre to wipe them out.
After the Pasichigare attack, they were moved to Tete Province where Matenje Base, the headquarters of the ZANU Education Department, was established.
The children and the teachers built the barracks, classrooms and postos and we continued with the struggle.
The level of morale was amazing, given that these are children who had survived the Nyadzonia and Chimoio massacres and Pasichigare attack.
Despite having been so traumatised, they carried on with the struggle, fulfilling and playing their role as fighters, as a great force against occupation by bandit foreigners, until final victory.
This is a salutary lesson.
If everyone toiled for Zimbabwe with the same patriotic fervour that those children in the struggle had, then these problems would be solved.
To think of the thousands who graduate yearly from our universities and colleges, what a formidable force Zimbabwe would have, had they been educated so that they too in their hearts would burn with such love for Zimbabwe.
We have let this precious resource of Zimbabwe go unharnessed and we dare mourn that Zimbabwe is not workable?
Zimbabwe has provided us with millions of youngsters, as well it has provided us with resources to educate these youngsters, but we educate them to work for the highest bidder, not for their people; Zimbabwe is still waiting for the rain.
If children in the struggle could persevere and remain resolute about their mission under such harsh conditions, how can it be moral for people to give up on Zimbabwe in peace times as we live today?
To claim that Zimbabwe is a country in which no-one can live in peace and prosperity is to bury one’s head in the sand.
The problem is when people do not work for what is theirs.
To free our country, children, mothers, fathers, men and women all committed their force to this great task and succeeded.
The capitalist formula; ‘each man for himself and God for us all’ does not work in Zimbabwe because it is not the formula that liberated Zimbabwe.
The people of Zimbabwe are equal to the task of building a prosperous Zimbabwe for all, just as we were equal to our task of liberating our country from the British colonialists who had not only their superior military might, but also the military might of the Americans and their European relatives.
Indeed, the people are invincible as the children at Matenje Base enacted in their play.
When people do not work for their country, it does not matter how much they wail that things are not working out, things will not change.
If people had wailed that life was hell under Rhodesia and did nothing about it, nothing would have changed.
The lash would have cut deeper and deeper into our flesh.
Is it logical to think the struggle was fought so that others would just sit back and enjoy everything without lifting a finger?
The solution is there; to work with patriotic fervour to surmount whatever challenges face us as we did during the liberation struggle.
Zimbabwe has everything, but the people must put their hand to the plough.
When each has done his/her best, Zimbabwe will take off because then, Musikavanhu will listen.