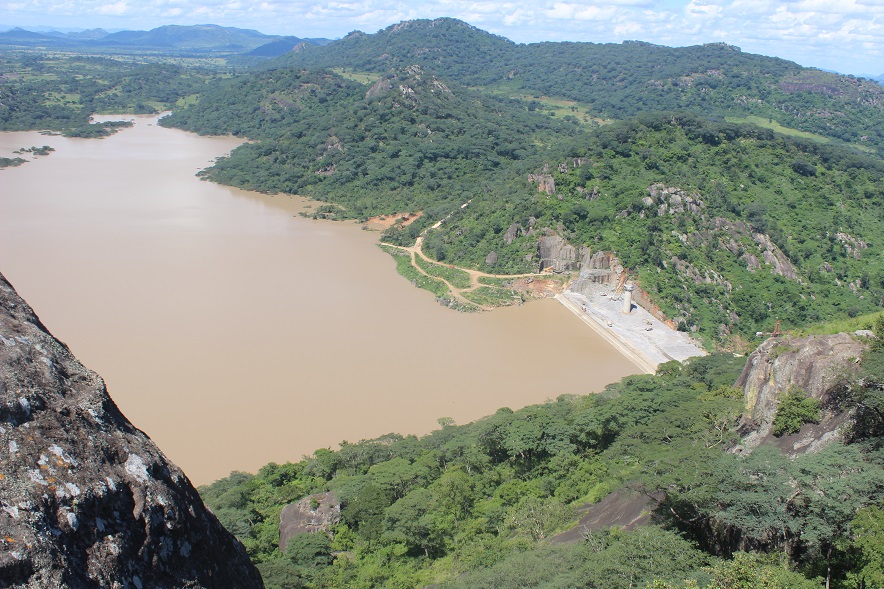 THERE has been a flimsy attempt to politicise the Tokwe-Mukorsi flood disaster through distortion of facts on what is really happening there and outright lies being peddled by those opposed to the gigantic project.
Tokwe and Mukorsi rivers and their tributaries constitute the dam’s catchment area and it was their rising water levels that destroyed hundreds of homesteads in the area not perceived Government ‘failure’ as some have been claiming at various platforms.
Earmarked to improve the livelihoods of people in the Lowveld, the Tokwe-Mukorsi Dam project in Chivi District, 120km south-west of Masvingo town, has in the past few days been used to settle old and tired political scores.
Several people especially those drawn from opposition politics latched on to the disaster and put it on the Government as if there was no effort to avert the tragedy.
When news broke out a few days ago that the Tokwe-Mukorsi Dam had flooded due to the heavy rains that pounded the usually arid Lowveld region there were reports that the dam wall had ‘collapsed’ in an attempt to tarnish the project and the constructors Salini Impregilio of Italy.
Some had even claimed that the dam was being constructed by a Chinese company.
It was the Italians who constructed the Kariba Dam and their expertise in dam construction has never been in doubt.
Even when the Kariba Dam was being constructed, a similar situation happened where people had to be relocated before the dam was completed.
As is with the Tokwe-Mukorsi case, there was fierce resistance from the people in question.
The same can be said of the Chiadzwa relocations.
There was resistance by residents who are now being relocated and there will be resistance every time projects with huge potential take place.
That members of the opposition parties, including MDC-T Bulawayo South legislator Eddie Cross and MDC former education minister David Coltart of MDC, who are key representatives of the Rhodesian establishment in the opposition quickly blamed the Government of what they said was ‘failure to accept advice from Italian engineers on the Tokwe-Mukorsi Dam crisis, which could have been averted’ speaks volumes on how they resent the project.
Coltart reportedly told VOA the Government should appropriately inform people in time if the dam would hold or not.
But the dam wall has not collapsed.
And contrary to Coltart’s aspersions, the engineers on site said the floods were as a result of large volumes of water that seeped through the dam wall as the area received huge rainfalls.
The province normally receives an average of 400mm of rainfall, but this year, it has doubled to over 800mm.
A risk analysis by a Zimbabwean insurance company revealed that the Tokwe-Mukorsi dam wall was unlikely to collapse.
“We carried out a risk management analysis and the dam wall is not collapsing. The dam wall was built through compacting rocks and these rocks have not been plastered,” Munyaradzi Kativhu, Champions Insurance operations director told a local weekly this week.
Investigations during a visit this week by The Patriot revealed that money was released to the residents in question, but some opted to stay despite the obvious dangers posed by residing in the vicinity of the dam.
Information gleaned from several sources during the visit revealed that Government had targeted to relocate a total of 1 247 families from within the vicinity of Tokwe-Mukorsi Dam before the start of the rainy season last year, but it emerged that about 895 families have so far been compensated at a cost of nearly US$4 million.
A cocktail of challenges ranging from lack of funds, resistance by some of the families in question to be relocated to the Nuanetsi Ranch in Mwenezi and squandering of the relocation money by some of the villagers have resulted in many people falling victim to the floods.
Others cited cultural reasons for their refusal to be relocated, but culture cannot stop development especially of that nature and potential.
Politically, this is one project that does not please many, Coltart and Cross included.
These people never imagined that the Government would implement such a project whose impact would be felt not only in the Masvingo province but throughout the country.
But some villagers said they felt they could be left out of the massive benefits to be accrued from the project on its completion.
“Chakaita kuti ndisada kubuda muno ndechokuti takahwa kuti chirongwa ichi chokuvaka dhamu iri chichaunza pundutso kuruzhinji rwedu, ndinohla kuti ndingazosara pachichaparugwa,” said Alexio Pamacheche of Gororo Village.
Others offered a different opinion altogether.
“Ini ndakapihwa mari yokuti tiinde kuMwenezi asi kuti ndibve pano ndichisiya makuva evabereki vangu zvakandigozhera,” said Charity Runengwe a victim of the floods.
Runengwe who is 60 said she has lived all her life in Nerusanga Village one of the worst affected areas.
She said despite the fact that she has to relocate, she hopes to return one day.
“Chondinetsa ikohino ndechokuti mvura iyi yava kuita kuti ndisiye makuva aya, asi shuviro netarisiro yangu ndeyekuti ndichadzoka zvakare kuno kune rukuvhute rwangu.”
What is clear is that the project, like many other developmental initiatives in Zimbabwe has miffed mainly the Rhodesian element.
Attempts to politicise the tragedy are sad and must be dismissed with the contempt they deserve.