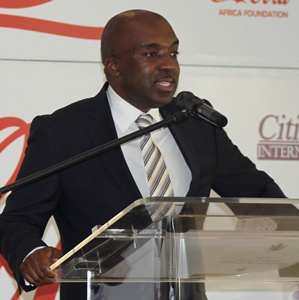 THERE are many controversies surrounding epidemics such as HIV and Cancer.
These controversies have been debates for medical intellectuals as to where these diseases come from and what should society’s response be towards them.
There have been tales of how microwaves and cellphones are the main cause of respective cancers.
Other schools of thought have refuted these allegations.
In 1988, Dr Allan Cantwell wrote “Many people think medical science is ‘pure’.
“But in reality, the study of medicine is saturated with politics, and what passes for ‘medical science’ is often a reflection of medical politics.”
According to the International Agency for Research on Cancer in 2010, the economic cost of the disease worldwide was estimated at US$1,16 trillion hurting the economies of rich countries and beyond the means of poor ones.
It is therefore fitting that the global theme for cancer commemorations this year is ‘Debunking Misconceptions and Myths about Cancer’.
One of the myths that is prominent in Zimbabwean society is that cancer is really for white people, while HIV is typical of black people.
This has resulted in people not going for regular checks and ignoring symptoms of cancer until they are untreatable.
The Deputy Minister of Health and Child Care, Paul Chimedza, in his address to mark the 2014 commemorations urged Zimbabweans to revisit their knowledge base in relation to cancer.
“Some of the misconceptions about cancer that need to be corrected are that some people believe there is nothing they can do about cancer when in actual fact it is curable and can be prevented through safe sex and healthy diet,” Dr Chimedza said.
This week the nation joined the rest of the world in commemorating the World Cancer Day, as the Government urged people to learn more about the disease which has 14 million new cases recorded every year globally.
According to the World Health Organisation (WHO) the number of people being diagnosed with cancer in 2013 leaped to more than 14 million, a marked rise from 12, 7 million cases in 2008.
The organisation went on to warn that cancer cases are expected to surge 57 percent worldwide in the next 20 years, an imminent ‘human disaster’ that will require a renewed focus on prevention to combat.
According to the International Agency for Research on Cancer Report, half of all cancers were preventable and could have been avoided if current medical knowledge was acted upon, a sentiment echoed by Dr Chimedza who said, “One third of all cancers if detected early can be cured and for those that cannot be cured.
“There is medication that can be administered to relieve pain and symptoms.
“Research has proved that cancer cannot be spread from one person to another and can be prevented through proper lifestyle.”
The disease could be tackled by addressing lifestyle factors, such as smoking, alcohol consumption, diet and exercise; adopting screening programmes; or, in the case of infection-triggered cancers such as cervical and liver cancers, through vaccines.
The figure is expected to reach 19 million by 2025 and 24 million by 2035.
Recent research has shown that there are over 200 different types of cancers, each with its own symptoms, methods of diagnosis and treatment.
Cancer starts when cells in one’s body start to reproduce out of control, forming new abnormal cells known as tumors.