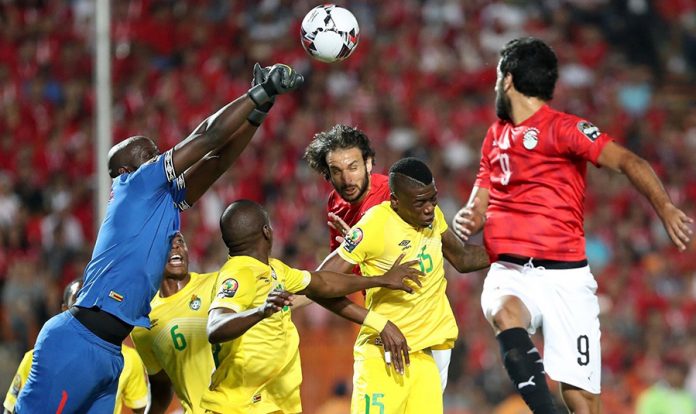 POSSIBLE scenarios, and maybe fate, will once again take centre stage when the country’s senior men national soccer team, the Warriors, take on the DRC in a crunch encounter on Sunday.

After blowing what was arguably their biggest chance to reignite their campaign following the heartbreaking 1-0 defeat at the hands of hosts Egypt last Friday, the Warriors’ disappointing 1-all draw against Uganda on Wednesday evening reduced their chances of progressing to the next stage.

Their fate is now out of their hands.

The possible scenarios look good though.

With the DRC out of the tournament, the Warriors need to win and hope that Egypt do them a favour by beating Uganda.

However, the Warriors will look back to the glut of chances they missed with skipper Knowledge Musona being the chief culprit.

After the biggest tournament in Africa, the 32nd edition of the Africa Cup of Nations (AFCON) got off to a captivating start in Egypt on Friday last week with Southern African teams struggling to make an impact in the first round of matches.

Although Egypt managed to beat Zimbabwe 1-0 in the 2019 AFCON opener through Mahmoud Trezeguet’s fine finish in the 40th minute, in a match that they should have had at least a point, the Warriors proved their mettle with some commendable displays that wooed the continent in their two encounters.

That said, the Warriors’ performance needs improvement, given that this is a tournament where fine margins determine the outcome.

Zimbabwe have to do much better than they did in the both matches where occasional flashes of brilliance and resilience were blighted by momentary lapses in concentration.

The onus lies with Zimbabwean coach Sunday ‘Mhofu’ Chidzambwa who, as widely expected, came under fire for his alleged ‘poor’ team selection and late substitutions when the strikers failed to live up to the billing.

The beleaguered coach had, in his starting line-up against Egypt, what looked like ‘tired’ horses.

He is now facing the same accusations after he included the ineffective China-based Nyasha Mushekwi who spent the whole evening chasing shadows in the encounter with Egypt.

In order to have a satisfactory result in the tournament, the Warriors need to be smart and efficient in front of goal.

After failing to hit the back of the net, the gaffer needs to tactically improve on the offensive side of play.

If Zimbabwe maintain their playing template, it stands to suffer in the upcoming encounter with the DRC on Sunday.

No doubt, Zimbabwe needs to work on their conversion rate going into the game against the DRC so that they get an outright win for maximum points in order to secure their spot in the round of 16.

The boys not only need confidence to boost their moral in their next assignment against the DRC: They must remember that the whole nation is banking on them.