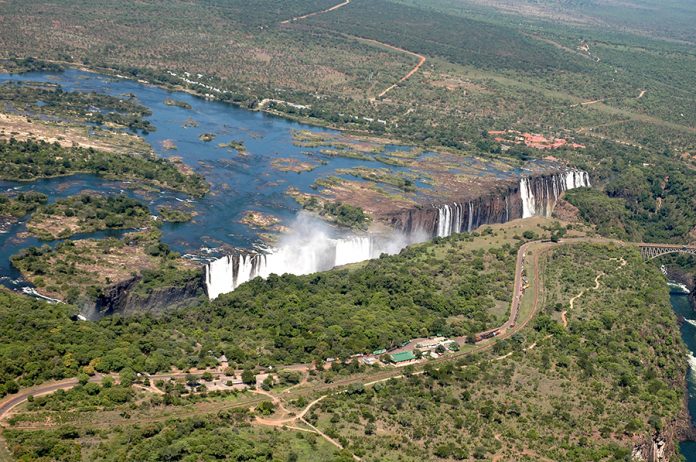 TOURISM is a most important but generally neglected source of foreign currency whose contribution to most countries’ Gross National Product (GNP) is quite significant.
In Zimbabwe, as is the case in most southern African states, tourism is represented by a Government ministry.
In some nations, it is the responsibility of boards under a ministry with a mandate over some other responsibility such as international trade.
Zimbabwe is a Southern African Development Community (SADC) member whose other 14 component states lie within the African continent’s southern-most geographical region.
The region is globally famous for its ‘tourism product’, a reference to a number of attractions comprising scenery, beaches, wildlife, historical sites, cultural events, accommodation facilities (hotels and lodges) and dining facilities as well as cultural foods and beverages.
The organisation, promotion, distribution and regulation of all these is what is called the ‘tourism industry’, a very important aspect of national economic and socio-cultural sectors.
Zimbabwe is endowed with a large variety of wildlife that includes animals and birds now extinct in some parts of the world.
Zimbabweans, in general, have no tradition of visiting tourist attractions except cultural occasions such as are held at religious shrines and sites where some important personalities or ancestors are buried.
The country’s sites can be divided into four historic periods; pre–historic, pre–colonial, colonial and post-colonial.
The pre-historic sites feature Bushmen (San) rock paintings believed to date as far back as 100 years AD when the first wave of the Bantu arrived in this region from the north-east and the north of Africa.
The paintings are found in kopjes and mountains in a number of districts, but particularly in the Matobo (Kezi) and the Bulilima (Plumtree) regions.
San rock paintings are of great academic interest to students of African history and social culture as well as to natural environmentalists because they depict images of some of the fauna of that distant period.
Educational institutions should undoubtedly find such paintings useful as teaching aids since they bring that remote past into today’s pupils’ and students’ vision pictorially.
Conservationists and natural environmentalists can also promote their campaigns by showing the ancient region’s abundant wildlife as depicted by the San’s 1900-year-old rock paintings compared to modern times where some of those animal species are extinct.
Local, social, cultural and political leaders can and should promote these old tourist attractions in various ways including conscientising local authorities, headmen and chiefs as well as by marketing them at home and abroad.
Pre-colonial attractions include stone structures such as Great Zimbabwe (Dzimbahwe), the Khami (Nkami) Ruins, the Nalatalie (Dlodlo) Ruins and several little known smaller ones.
Very few Zimbabweans have visited these sites whose walls are indeed one of the wonders of the world because they are without any mortar.
The constructors used a bond that balanced the rocks by maintaining a ram–rod vertical position achieved by modern builders by the use of spirit levels.
The stone walls are indeed a wonder to behold and can help Zimbabwe’s building industry as a model of perfect engineering. The type of rock used was well selected as it has withstood weathering forces for a number of centuries.
Smaller stone walls are found at a number of places, including the Luswingo Ruins near Tokwana School in the Nata Communal Land of the Bulilima District.
Virtually all these tourist attractions have not been effectively marketed throughout Zimbabwe, to say nothing about the entire SADC region.
Effective marketing of these tourist attractions can be done by the use of various print media such as leaflets, pamphlets, folders, brochures, newspapers and magazines.
The electronic media can also be used especially in developed countries and or regions where radio, television and the social media are the norm.
Cultural tour attractions are traditional events, some of which are religious in most of their content.
These events are held seasonally and some of them are attended strictly by invitation.
That means that researchers and media personnel have to be granted permission in advance for them to attend the occasions.
The same applies to schools that wish to be taken on guided tours of places such as shrines.
An adverse factor in the promotion of such tourist attractions is their inaccessibility, especially to modern means of transport such as motor vehicles because of poor roads.
All-weather roads need to be developed to facilitate accessibility to such attractions. In addition to accessibility, there must also be facilities such as restaurants, hotels or lodges where meals and refreshments are served.
Meals and refreshments should range from traditional dishes and beverages to cuisine of today’s global socio–cultural village. The choice is that of the tourist.
Most, if not all, Zimbabwean communities cannot afford to create either infra or superstructure for local tourism.
Local tour operators may not be aware that if their aim is to promote the social and cultural tourism aspect, they can apply to the local office of the United Nations Educational, Scientific and Cultural Organisation (UNESCO) for financial assistance.
Located in Harare, the UNESCO office can quite certainly entertain such applications, especially if they are supported by a relevant Government ministry or department.
The tourist attraction involved should be promoting either education or science such as the protection of some of the regional or national flora and/or fauna.
Tourist attractions, particularly shrines, need to be protected by some fence or some type of wall.
Some of them should be guarded, lest they are vandalised.
All that requires some money, particularly during the project’s early stage.
Relevant international organisations may be approached for assistance in this regard.
In our next instalment, we shall deal with tourist attractions created during and by the colonial system.
Saul Gwakuba Ndlovu is a retired, Bulawayo-based journalist. He can be contacted on cell 0734 328 136 or through email. sgwakuba@gmail.com