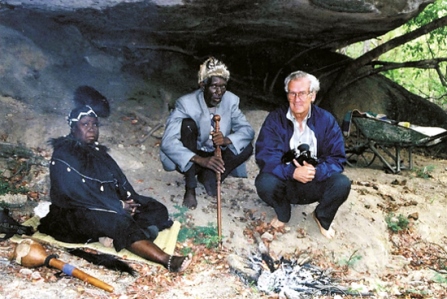 THE ‘Shava’ people continue to be actively involved in agriculture and in rain ceremonies whenever drought threatens.
The Soko group assumed the role of the spirit mediums or ‘priests’ responsible for linking the people to their ancestral spirits and the all way to Mwari/Musikavanhu, the Creator of all things.
When ‘Mwari’, God the creator wanted to pass a message to the people, word came through the spirit mediums of the Soko clan.
The ancestral spirits manifested themselves as lions (mhondoro).
The medium becomes possessed by the lion spirit (mhondoro) of the ancestor.
In oral tradition, the Soko are the dzinza who ate various herbal medicines to strengthen themselves for the role of being spirit mediums.
The spirit chooses whom it prefers.
Usually this will be a person, young or mature who has no ‘blood’ on their hands.
This is to say the person who may become a spirit medium has not committed murder or used evil magic to poison or harm other people.
The religious significance of this qualification to be a spirit medium clearly points to the sacredness or holiness of this task.
While Christian missionaries were quick to condemn spirit mediums as evil and pagan, it is clear they have the same if not a higher standing than those priests of Western Christianity.
For example, we have already seen that no blood or other symbol of blood-letting is tolerated by our spirit mediums of the ‘Mwari’ religion of the Shona and related groups.
The spirit mediums who are of the ‘Soko’ totem foretell coming events or reveal the truth about past events.
This is the divine power from Mwari, the Creator passed to them through their ancestral spirits.
Some of the mediums concentrate on matters to do with calamities such as droughts or disease pandemics.
To clearly distinguish and separate the spirit mediums from the n’angas, the former do not use herbal medicines; they only use tobacco snuff for all ceremonies or illnesses.
The tobacco snuff is used to present the requests for whatever problem.
In fact spirit mediums and n’angas do not mix.
Typically, let us look at how the spirit mediums operate.
When there is a problem, the affected people first go to consult a spirit medium, the mhondoro’.
The spirit usually comes to possess the medium at night.
The spirit will give a pronouncement on the matter in question, advising the aggrieved affected person (to) take certain steps to address the problem. Tobacco snuff may be dispensed with an instruction usually to go and pray hard under a particular tree, for the ancestral spirits and Mwari, God to intervene.
In the case of request for rainfall a member of the Mhofu totem or a ‘muzukuru’ born of a ‘Mhofu’ mother will lead the intercession.
The person must meet the criteria of having no ‘blood’ on his hands.
Only persons of the ‘Mhofu’ totem may act to intercede on behalf of the people in such circumstances.
Any other people will not be listened to.
He takes with him a lump of tobacco, ‘chambwa’ in a wooden plate.
On this mission, which can take several days, his only food is mbwirembwire, roasted maize ground into powder.
About 200-300 metres from the appointed shrine, he takes off all his clothes and shoes, to remain with only a loin cloth with no red colours.
He may throw over his shoulders a black or white cloth if the weather is chilly.
He then kneels at the shrine and announces his presence by clapping his hands. He then gives a detailed account of his prayer (request).
He may have to do this several times over a number of days.
At the end of each session, again he will clap his hands before standing up and retracing his steps.
He will need to report back at the mhondoro’s shrine.
When a request is brought, the mhondoro (ancestral spirit) will consult with his fellow spirits in their spirit world and pass the prayer or request to ‘Mwari’ the Creator.
With requests for rain the answer is usually quite swift.
Showers will be expected within hours, but often within minutes of the prayer being submitted.
Even if there has been a serious abomination in the land, the mhondoro may advise that certain ceremonies be conducted to cleanse the land before the request e.g. for rainfall can be entertained by Mwari, the Creator.
Most white farmers used to follow these traditional practices sending their workers with appropriate ‘gifts’ to the spirit mediums to request for rainfall. Surprisingly, many ‘new farmers’ are ignorant and even arrogant, refusing to follow these traditional religious practices, often to their own detriment.