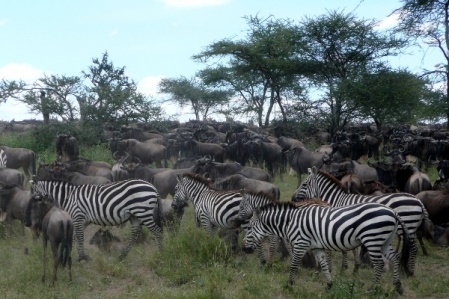 SOME of the totems of the Shona were acquired as a way of asserting authority e.g. “I am the lion,” (Shumba) a powerful predator of so and so, a defeated person; I am the elephant (Nzou Samanyanga) because I have proved more powerful than you (whoever has been overpowered), a boastful assertion of strength and so on.
Mutota of the royal house at Great Zimbabwe, was of the Moyo dzinza, changed totem from Moyo to Nzou Samanyanga after he defeated the Tavara in northern area of Zimbabwe.
Totems (mitupo) are said to serve two main purposes.
Primarily, totems were assigned to different members of the Shona people by their leaders to ensure environmental stewardship especially to take custody of different animal species.
One does not eat the animal that is one’s totem.
This way the different members of the community took custody of different animals.
This was a sound environmental stewardship practice.
The custom of not eating one’s totem is widely observed among the Shona people of Zimbabwe.
‘Vaera Mbizi’, those of the zebra totem look after zebras; they do not hunt or kill them.
‘Vaera Mhofu’ look after the eland and so on.
Although this theory appears to be plausible, it seems many more totems appeared among the Shona well after the initial assignment.
Oral history has many narratives on how different totem groups arose.
And many Shona groups have elaborate praise poems for their totems which reflect the background to adoption of the particular totem.
But this week we shall focus on the ‘Soko’ totem, the totem of many Shona spirit mediums (mhondoro) with a view to show how they link to the ancestral group that came from Guruuswa.
We have already established that the Great Ancestor of the Shona was most likely to be of the ‘Mhofu’ totem.
Most of the ‘mhondoro’ spirit mediums in Zimbabwe are ‘Soko’ by totem.
They are also called ‘Wafa wanaka’.
I have observed that the male spirit mediums marry first wives of the ‘Mhofu’ totem.
Female spirit mediums who will be ‘Soko’ by totem marry husbands of the ‘Mhofu’ totem.
The spirit medium who is custodian of the Njelele shrine at Matombo Hills is of the ‘Soko/Ncube’ totem.
The close relationship between the spirit mediums and the ‘Mhofu’ people is also evident in the practice where the ‘Mhofu’ are referred to as matunzvi/vazukuru by the ‘Soko’ spirit mediums.
The ‘dunzvi’ (pl. =matunzvi leads in all ceremonies including official opening of the new ‘dumba’ or house of a spirit medium.
No one who is not of the ‘Mhofu’ totem is allowed to handle, arrange or otherwise carry the ceremonial and other items belonging to the spirit medium.
And so what is the link between the ‘Soko’ spirit mediums of the Shona and their ‘matunzvi’ the ‘Mhofus’?
Legend has it that one of the ‘Mhofu’ ancestors coveted (kuchiva) his sister and took her as his wife.
To cover up this abomination and as a way of ‘cutting’ the relatedness (cheka ukama), he changed his totem from ‘Mhofu’ to ‘Soko’ but insisted that his sister (now wife) retain the ‘Mhofu’ totem.
He then made a pledge that all his male descendants who become spirit mediums (mhondoros) would marry ‘Mhofu’ wives, who are essentially their sisters.
The pledge has been honoured by all ‘Soko’ spirit mediums throughout the history of the Shona people to date.
In ordinary conversation, members of the ‘Soko Wafa Wanaka’ totem tacitly admit to the fact that they are one and the same with the ‘Mhofus’.
We shall look more closely into the issue of totems and their significance in Shona culture in another article.
First there is a strict rule among the Shona people and indeed other African groups that one never marries a person of the same totem as his own.
Such persons are as good as your mother’s son or daughter, too closely related to allow for marriage.
This rule prevented in-breeding and promoted hybrid vigour, very sound biological principles even by Western scientific standards.
Whenever two related people inadvertently got married, a special ritual or ceremony to break the relationship, ‘kucheka ukama’ must be conducted.
The lyrics of one traditional tune that relates to this practice go like this:
“Wakandinzwa naani!
Wakandinzwa nani kuti ndine mwanasikana akanaka?
Cheka ukama ho!
Cheka ukama imombe chena yababa vangu iyo yakanaka”
The ‘cheka ukama’ practice persists to the present day.
Among the Shona, young people are strongly encouraged to inquire as to know the totem of their date before the relationship establishes.
It is most embarrassing to discover that your partner is your close relative by totem when probably there is a pregnancy or even a baby born.
In the latter scenario, a separation of relationship ritual (‘cheka ukama’) must be effected.
By adopting different totems inter-marriages among people who previously considered each other as close relatives, became possible.
This was important in those early days when populations were small and finding a husband or wife could be a challenge.
Among Europeans, it is common for close cousins to marry each other.
Royal families of Europe are said to be quite closely related through these marriages to even first and second cousins, in an effort to maintain ‘royal’ blood.
This explains how King James I became king of both Scotland and England. This is how it happened.
When the Scottish throne became vacant the nearest closest person who deserved to ascend to the throne was James, who was already King of England. And so the United Kingdom of England and Scotland came into being.
The English invaded and annexed Northern Ireland which then also became part of the United Kingdom we know today.
We shall return to the totems of the Shona people in the next article as we try to explore their ancestral roots.