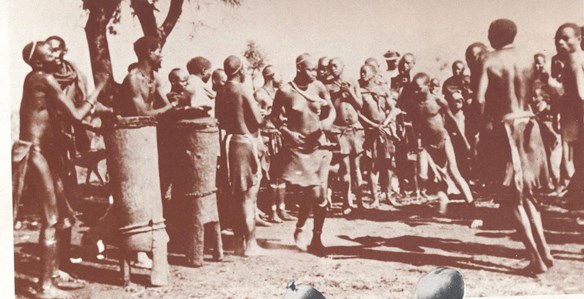 IN the previous article we showed that right from their ancestral roots, the Shona have remained deeply religious.
The fact is borne out by the setting up of one branch of their family, the ‘Soko clan’ as the high priests, masvikiro, the spirit mediums.
Just as the Jews identified the house of Levi as the high priests of their Jewish religion, so did the Shona with the Soko clan for their Mwari religion.
We have shown that the Shona and their related groups had deep religious roots.
They also had a clear spiritual identity based on belief in one Almighty God, Mwari with spirit mediums as the high priests.
Just like the Christians with their pastors, just like the Jews with their priests.
So how did we Africans, Zimbabweans included, come to be considered as ‘lost souls’ needing redemption and warranting an army of preachers, of men and women of the cloth to rescue us? How did we become lost souls when all along, we have had and continue to have our one and only Mwari, uMlimu, God, Musikavanhu/uMdali, the Creator?
Is the religious onslaught on Zimbabwe and Africa in general by Christian missionaries and their successor churches a genuine spiritual rescue mission?
Rescue from what?
Judging by the myriads flocking to the various new churches led by ‘prophets’ of various descriptions, there seems to be a crisis of spiritual identity.
Zimbabweans are now like lost sheep.
The ‘prophets’ are literally feasting on the flock!
Who are we spiritually?
In this article we want to grapple with the issue of spiritual identity.
We postulate that the greatest weakness among Zimbabweans is lack of spiritual identity.
This is why we have been exploring our roots.
Churchill is reported to have said that if we look deep into our past, we will see far into our future.
Who are we and where did we come from?
We have thrown some light on these matters.
Put differently, we are a very strong brand, somewhat tarnished by invaders, and needing rebranding.
We must draw on our inner strengths.
If one looks at the proliferation of churches today and how people are flocking to them, it is clear we have lost our religious moorings.
Going with that is loss of cultural identity.
It is not in dispute that our culture and our religion as a people are two sides of the same coin. When people are lost, they are no different from a drowning man who clutches at a straw hoping to stay alive.
Can you see the crowds at revival gatherings?
We have shown that the Shona and related groups have had a thriving religion.
They were and continue to be very spiritual people.
They believe in one God, Mwari the Creator of all living things.
The Shona people approached Mwari, their God, with their problems through their high priests, the ‘masvikiro’ or ancestral spirits.
It is believed in Shona religion as in other religions, that there are intermediaries between God and man.
These are the priests in the Jewish religion, the pastors and fathers in the Christian religion and our own ‘masvikiro’ or spirit mediums in Shona Mwari religion.
The strength of any people lies in their religion and culture.
All successful civilisations have a strong identity with their own God through a system of spiritual intermediaries linked all the way up to the Almighty God.
All religions are shrouded in mysticism that is in things and happenings that cannot be explained except by invoking a higher being, linked to the people through the spirit world.
Spirit mediums transcend the boundary between ordinary reality and spiritual things.
Chaminuka, the great Shona spirit which possessed Pasipamire, was a mystic, linking people with their Creator, bringing warnings of pending calamities, strengthening their resolve to defeat their enemies and preaching pacifism.
Professor Solomon Mutsvairo, author of our National Anthem, wrote a book titled, Chaminuka, Prophet of Zimbabwe.
Readers are encouraged to read this publication.
A people’s religion provides that thread linking them to their God.
The Chinese are strong culturally and now economically because they have maintained their religion and their cultural identity, with ‘Confucianism’ and ‘Taoism’ as the main binding elements.
The Indians have made tremendous advances scientifically and economically on the back of their Hinduism which permeates their culture and traditions giving them a clear spiritual identity.
The Japanese revere their emperor, Hirohito, their language and their culture/religion.
They have advanced to the pinnacle of economic and social advancement by maintaining their spiritual identity.
Even the English, for all their empire-building escapades, have stuck with their language, their currency, and their spiritual identity through the head of both the state and their religion, their monarch (the queen) head of the Anglican Church.
l To be continued