Home Old_Posts Traditional dress of the BaTonga…should it have defied time? 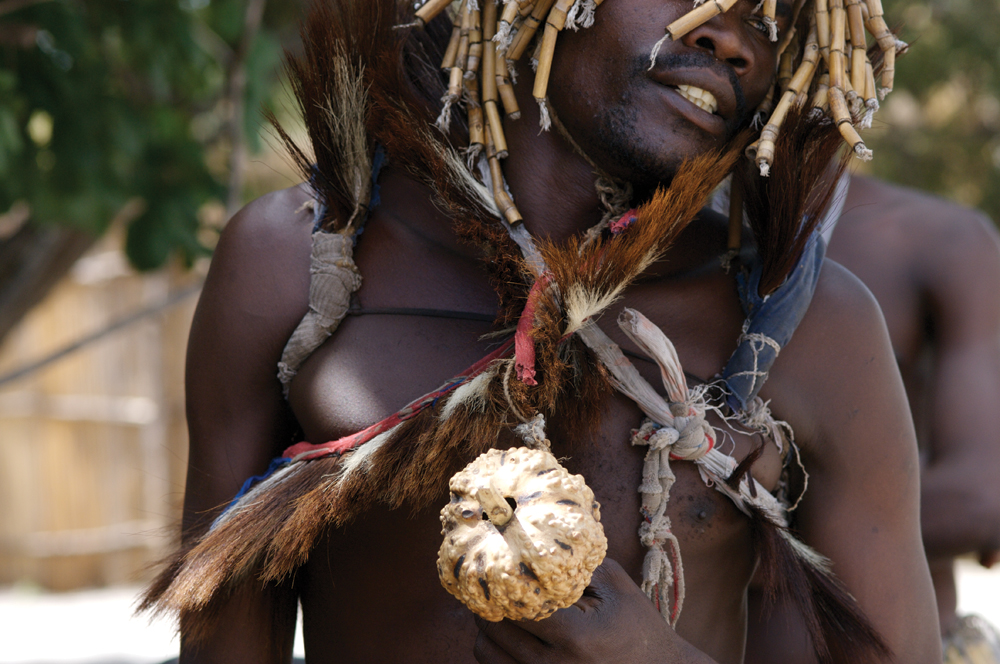 THE early verses of the book of Genesis in the Bible show how dressing to conceal nudity came about.

Adam in the Garden of Eden quickly stitched together leaves to cover his nudity when God called him after he had eaten the forbidden fruit; therefore, it became an accepted norm that all humans have some body cover or clothing to conceal nakedness.

Dressing has remained culturally specific despite the fact that the idea of nudity exists and is accepted, especially in some Western societies.

The traditional dress of the BaTonga was similar to those of other tribal societies and was indicative of a people living in a warm region of the Zambezi Valley.

Their dress did not cover the whole body, even during the relatively cold months of the year.

The BaTonga dress was similar to that of the Zambian Gwembe Tonga with whom they shared a common past before the construction of the Kariba Dam in the 1950s.

Dress was also used by the BaTonga to bring out social differences.

A closer look at the way the BaTonga dressed revealed how their community was structured.

Chiefs dressed in different attire that nobody else wore.

The duiker or leopard skins were reserved for chiefs, who also wore leather headgear decorated with ostrich, guinea fowl feathers and porcupine quills.

Decorated strips of leather from lion skin were worn on the arms as hand bangles.

The necklaces also came in the form of a leather strip with lion canines attached at the lower part.

The chiefs wore leather sandals made from elephant skins while nicely trimmed leather aprons were worn and complemented by an assortment of multi-colured beads.

The chiefs also carried decorated ceremonial walking sticks and knives as symbols of power. Their soldiers and advisers wore differently from ordinary men.

They had special leather aprons designed for them to befit their status.

Other people around the chiefs, who performed special tasks, such as traditional healers and matriarchs also dressed differently.

Elderly women covered their breasts and behinds with skirts made from cattle hide and had special sticks wedged in their nostrils. They also wore colourful beads around their waists, legs and arms.

The women wore beads on their heads, arms and waists, while sometimes they had sticks or bones inserted through their ears and noses for decoration.

Their hair was nicely plaited in different shapes or simply made into dreadlocks. Cowry shells and beads were worn on their heads.

The women wove special aprons and blouses made from baobab bark to cover their bosoms. They were also supposed to be appropriately dressed during traditional ceremonies and funerals.

Traditional healers, on the other hand, dressed differently from the rest of the people in the community as they were mediums of the spirits.

They wore leather aprons made from different animals, but they also had special dresses for divination purposes or performing spiritual rituals. Once they were through with their work, they reverted to their normal dressing.

During rituals, the traditional healers wore feather or leather hats made from rare bird and animal species.

Python skins weredraped on their shoulders during divination rituals, while their bodies were adorned with necklace charms and talismans made from bones of pangolins, moles, tortoises and snakes.

Special tree barks, which served as powerful herbs, were worn during these ceremonies.

Ordinary men dressed differently from the chiefs; although they wore leather aprons, these were from domestic animals such as cattle, sheep and goats.

They wore necklaces made from different types of bones but these were simple as compared to those worn by important people in their community.

The small bags or nhava were made from leather or baobab bark.

The men put, in the nhava, dried meat (biltong) that they ate during hunting escapades which often lasted for several weeks.

Dress among the BaTonga was also used to depict age differences.

Babies usually wore strings of coloured beads around their waists and an occasional bangle or talisman around the neck.

During this stage, there were no gender differences; both male and female babies wore the same type of dress.

As they grew older (about eight years), the children would put on flaps of tanned antelope skin that only covered the genitalia.

The little girls wore miniskirts way above their knees.

The skirts changed with the status of the girl.

At puberty, the girls still wore skirts that were above their knees but with lower hems than the young pre-puberty girls.

By tradition, the BaTonga girls had their four upper front teeth knocked out to beautify themselves.

This was done when the girls left childhood and were ready to get married.

If the teeth were not removed, no man would marry them.

Once the girls got married, they wore longer skirts that had hems below the knees.

They also covered their breasts and wore copper necklaces, bangles, talismans and an array of coloured beads encircling their waists, necks, arms and legs.

Prior to marriage, the matriarchs prepared special dresses for the young women. They also underwent some painful rites of passage such as having beautiful marks tattooed on the front side of their tender thighs.

With the use of razor-sharp knives, young women had sun-shaped marks which were engraved from the knee region upwards towards the hip.

Some had face marks on the cheeks or foreheads.

The tattoos were a sign that the young women had matured into womanhood.

It was quite common to see bare-breasted young girls; this was a sign of purity, but once tattooed, they started covering themselves in preparation for marriage.

Today, with modern conventional European dressing, most BaTonga now dress in trousers, shirts, hats, dresses, skirts and other modern fashion items, save for traditional healers, chiefs and matriarchs who occasionally revert to traditional dressing during special cultural ceremonies and other rituals such as rain-asking and funerals of chiefs.