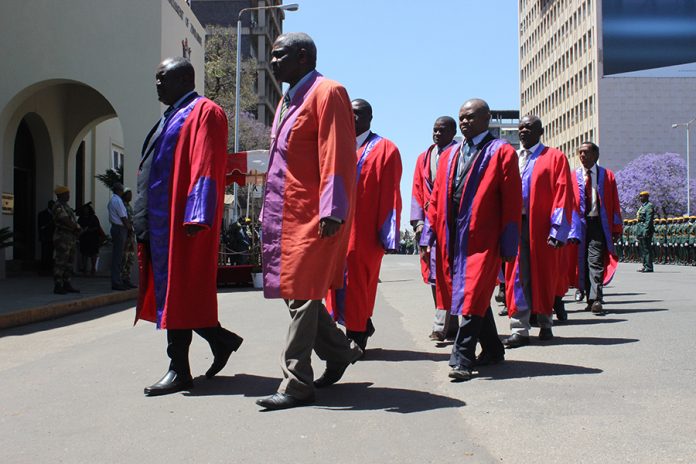 TRADITIONALLY, the power to regulate land and its resources was vested in traditional leaders/chiefs who decided when and how these resources were to be used.

These traditional leaders/chiefs derived their legitimacy from the ancestors and were seen, therefore, as a direct channel to the ancestors, possessed of certain powers with regard to the land.

They had the power to allocate the land and to regulate the use of common resources.

In certain circumstances, they also had the power to expropriate and confiscate that land.

When formulating the rules pertaining to access to land, a chief exercised his discretion for the good of the community in general.

Therefore, when a chief allotted land, he not only allocated land to families, but also devoted certain lands for grazing and agricultural use.

Such decisions were made with reference to the common values of each level of the community.

This allocation of land was traditionally gratis.

The uses to which land was put determined the rights and power attached to it.

For example, while dry grassland would be set aside for grazing of herd belonging to the members of a community, the more fertile land was reserved for individual cultivation.

While scarcity of land meant that a chief’s role in allocating land diminished, he still played an important role to confirm any transfer of land that took place in practice.

In doing so, he had a ‘paternal’ duty to ensure that land was distributed fairly between households.

In the 19th Century, the colonial powers tried to, and indeed succeeded, in breaking down the chiefs’ powers; replacing them with white magistrates dispensing ‘white laws’.

The lack of recognition of African indigenous law in any formal structures played a significant role in undermining the chiefs’ traditional powers.

Western colonial laws and structures depleted the chiefs’ power even further, often grouping people together who had no traditional historical ties with the Government appointed traditional leaders who would advance the Government’s interests and policies.

African indigenous systems of land tenure that were often managed by chiefs were replaced by colonial Government regulations that allowed for rent paid to the state only.

Thus, ‘Permission for Occupancy’ was granted by the State.

As far as the commonage was concerned, no individual could claim exclusive use of the land.

Access to commonage land was based on socially defined membership reinforced and managed within the group based on the reciprocal obligations of the members in the social hierarchy.

Those communal areas have de facto rights delegated to communities (including chiefs), under the oversight of rural district councils.

The large scale and small-scale commercial farmers occupy about 32 percent of the country’s land under individual land ownership which guarantees exclusive property rights as well as full control and responsibility over the land and infrastructure.

Statutory provisions, such as control over public watercourses and wildlife, may limit the exclusive control.

The Communal Areas Act vests powers in the President for its occupation and utilization and is applicable to 42 percent of Zimbabwe’s land where about 70 percent of the country’s population resides.

Rural district councils allocate land to qualified persons on behalf of the State.

The resettlement areas were established under a restrictive permit system, while following the year 2000, offer letters (substituted by land permits) and 99-year leases were proposed, with a 25-year concession proposed for wildlife conservancies.

Currently, regulations restrict multiple farm ownership and encourage wide distribution of land based on commitment to social justice and the distribution of national productive assets as enshrined in the cross-party agreed national Constitution

As Zimbabwe’s economy is agro-based and the majority of Zimbabweans are rurally-based and derive their livelihood from agriculture and related activities, land for agricultural development was key in poverty alleviation and the nation’s overall economic development, agrarian reform was therefore, closely allied around land reform.

In contemporary times, Agrarian Reform includes land consolidation, financial measures, training and agricultural extension services among other measures that include security of tenure, infrastructure and support services; Government support complementary to agriculture; and increased community participation of Government decisions in the rural areas.

Agriculture is the backbone of Zimbabwe’s economy and will continue to be so in the foreseeable future.

While most rain falls during summer months (November to March), some parts of the country, particularly in the Eastern Highlands, receive some rain during the winter months and this widens production possibilities. A considerable potential exists for the production of irrigated crops during dry months in areas where stored water supplies are available.

Dr Michelina Rudo Andreucci is a Zimbabwean-Italian researcher, industrial design consultant, lecturer and specialist hospitality interior decorator.  She is a published author in her field.  For comments e-mail: :linamanucci@gmail.com