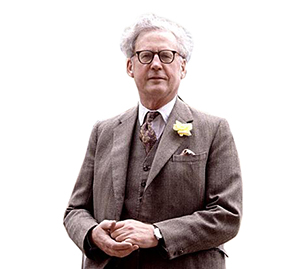 IN 1963, world famous European historian, Hugh Trevor-Roper, delivered a lecture which contained remarks that came to define the shape and form of an emerging discipline; African history.
Trevor-Roper said:
“It is fashionable to speak today as if European history were devalued; as if historians, in the past, have paid too much attention to it; and as if, nowadays, we should pay less.
Undergraduates, seduced, as always, by the changing breath of journalistic fashion, demand that they should be taught the history of black Africa.
Perhaps, in the future, there will be some African history to teach.
But at present there is none, or very little; there is only the history of the Europeans in Africa.
The rest is largely darkness, like the history of pre-European, pre-Columbian America. And darkness is not a subject for history.”
Trevor-Roper’s agitation was itself a defensive response to the pace and force exerted by a few pioneer African historians whose work had begun in the 1950s and had gained tremendous traction by the 1960s.
One of those pioneers to have ruffled the Trevor-Roper establishment, Professor emeritus Jan Vansina, died peacefully in Madison on Wednesday, February 8 2017.
Contrary to the widely held view then that prior to Europeanisation of the continent, Africa had no history, Vansina and a few of his colleagues led a determined campaign to prove that it was possible to study African history in the era prior to European contact and his development of rigorous historical methods for doing so played a major role in countering the then prevalent idea that cultures without texts had no history.
Vansina and company pioneered a multi-disciplinary approach to African historical studies that recognised the contributions of oral traditions, oral history, linguistics and archaeology to historical enquiry.
Five decades later historians take the approach for granted.
Through the influence of the new crop of historians like Jan Vansina, African archival institutions, in the late 1960s and 1970s, led with establishment of oral history units.
There was shared recognition that it was in the villages where living and dying repositories of African history resided.
These efforts have sadly not inspired growth in the discipline but instead stand as sign posts of neglected possibilities from our past.
Vansina remained a trailblazer in the field of African history and oral traditions for more than five decades.
As has been eulogised countless times this week, Vansina’s work on African history had no comparison in scale, depth, complexity, clarity and significance and will certainly remain so for many years to come.
Born in 1929 in Antwerp, Belgium, he trained as a medievalist before accepting a position in 1952 as an anthropologist in the Democratic Republic of the Congo, then a Belgian colony.
His 1957 PhD dissertation, The Historical Value of Oral Tradition: Application to Kuba History was widely received in a continent short on celebrated history but with huge oral tradition potential.
Coming in the year Kwame Nkrumah took Ghana to uhuru these nascent developments in African historiography came to also represent the independence of African history from European history.
Along with other scholars like Kenneth Dike, Jacob Ajayi, Roland Oliver, John D. Fage and later our own Stan Mudenge, Vansina was at the lead of research efforts that culminated in the publication of the UNESCO History of Africa (1964-1999), a seminal work that is still an acceptable base line in African historical studies to this day.
Despite supervising over 50 dissertations, there are many on the continent, myself included, who feel that the clear blot on his illustrious career is in the failure to help nurture African historians of matching global appeal.
At global level, African history has remained under European leadership of younger European Vansinas.
That has sadly meant the history of Africa has only shifted from history of Europeans in Africa to history by European Africanists.
Research into history requires resources and in a world where capital is white, it is not surprising to see it following white historians.
Every day I see brilliant young dons doing a shift for better resourced counterparts in places like London, Stockholm, California and Vancouver.
I see whole black professors being reduced to research assistants.
I am sure that is not what Vansina and company hoped for in the 1950s/60s but then they also did little to prevent it.
And African governments are not innocent either of the charge.
With the exception of the SADC Hashim Mbita project, we have seen very little by way of regional or continental initiatives on African history.
The African Union archives are in a sorry state.
African history research is predominantly Anglo-American financed.
Sadly, it is an environment that both favours and soils the Vansinas.