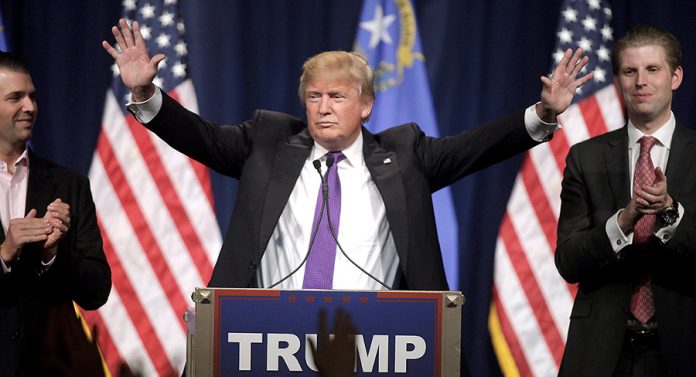 IN a recent interview with CNN, facebook founder, Mark Zukerberg said: “If you told me in 2004, when I was getting started with facebook, that a big part of my responsibility was going to be help protect the integrity of elections against the interference of by other governments, you know I would not have believed that that was something I would have to work on 14 years later.”
Last week, British Channel News began its exposé on Cambridge Analytica (CA), the controversial political consulting firm that has been in the news over allegations that it worked for the Donald Trump campaign in 2016 and illegally used user data from facebook accounts in the process.
In one of the clips of the undercover recordings, Alexander Nix, CA’s chief executive officer was shown boasting setting up honey traps and bribery stings on behalf of the firm’s clients in elections around the world.
Nix is shown saying that he met Trump ‘many times’ and boasting the firm’s role in the 2016 campaign.
Nix describes the work that CA did for the Trump campaign.
“We did all the research, all the data, all the analytics, all the targeting,” he said.
“We ran all the digital campaign, the television campaign and our data informed all the strategy.”
Another CA executive, Mark Taylor, the firm’s chief data officer, said: “Donald Trump lost the popular vote by three million votes, but won the Electoral College vote.
That’s down to the data and the research.
If you did your rallies in the right locations, you moved more people out in those key swing states on election day, that’s how he won the election.”
The CA executives also appear to suggest that the firm co-ordinated its activities with political groups who were outside the Trump campaign, such as super pacs, which, if true, may have violated campaign laws.
Mark Turnbull, the managing director of CA’s political division, claimed credit for a ‘Crooked Hillary’ ad put out by a pro-Trump super PAC called ‘Make America Number 1’.
“We made hundreds of different kinds of creative, and we put it online,” Turnbull said, adding that the company sometimes used ‘proxy organisations’ to disguise its role.
So what is Cambridge Analytica?
Two weeks before the US presidential election, a British businessman with a fondness for Savile Row suits and polo made an extraordinary boast to a reporter from the Washington Post.
Nix said his company had developed a psychological model for identifying voters that could ‘determine the personality of every single adult in the US.’
He seemed to imply, through the power of so-called ‘big data and psychographics’, his company was going to help Trump win the election. Well, most people did not take him seriously as most thought that Clinton was going to win the election.
That was until Trump was announced as the winner.
Three days after Trump became President-elect of the US, CA issued a press release, modestly entitled, ‘The Data Gurus Who Anticipated the Election Result’.
The question on everyone’s mind was: “What had happened?” and Nix answered, “Creative-led blanket advertising is being replaced by data-driven individualised advertising.”
It was until a whistleblower, Christopher Wylie, came out and revealed just how CA had helped Trump win the 2016 election.
Wylie claimed CA had been involved in harvesting the personal information of some 50 million facebook users without proper authorisation.
He explained that this was done under the direction of Steve Bannon, who was CA’s vice-president between June 2014 and August 2016, with Nix as CEO.
Wylie claimed his data mining helped the firm discover how young, conservatively-minded whites responded positively to certain phrases, like ‘drain the swamp’, or ‘deep state’.
The same groups, CA found, also liked the idea of a big wall to keep out immigrants.
It is reported that CA made overtures to the Trump campaign in 2015, but was turned down. It then worked for the campaign of Trump’s Republican rivals Ben Carson and Ted Cruz. But after Trump became the presumptive nominee, the data firm again made contact.
Paul Manafort, Trump’s campaign chief, was sceptical, but hired CA, in part as a friendly gesture to the Mercer family, heavyweight Republican donors who had helped fund the company’s launch a few years earlier.
Steve Bannon went on to become Trump’s chief strategist and, in many peoples eyes, the controlling intelligence behind Trump’s brute force and ignorance.
Five of CA’s staff were assigned to work with the campaign’s digital director, Brad Parscale, at his Texas-based firm. Parscale and Jared Kushner, Trump’s son-in-law, emphasised using social media — particularly facebook — to better target voters and pressed its importance on Trump.
According to federal filings, as of September 2016, the Trump campaign paid CA US$5 million.
The facebook link
But the more important part of this story is how CA got its data from facebook.
And according to a former CA employee, the firm got it through researcher Aleksandr Kogan, a Russian-American who worked at the University of Cambridge.
Kogan built a facebook app that was a quiz. It not only collected data from people who took the quiz, but exposed a loophole in facebook that allowed it to collect data from the facebook friends of the quiz-takers as well.
Facebook prohibited the selling of data collected with this method, but CA sold the data anyway.
Kogan is also the founder and director of Global Science Research.
He is an associate professor at St Petersburg State University, and has received funding through grants from the Russian Government to research facebook users’ emotional state.
As Zimbabwe heads for a crucial election this year, and the buzz on the use of social media which is predominantly used by the youth – whom some are suggesting will be the deciding factor as they make up 60 percent of registered voters – one wonders if any of the political parties would employ CA for its dirty work.