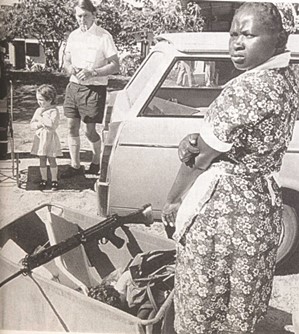 THE local media recently quoted MDC-T leader Tsvangirai as saying: “When I was a worker in the mine in 1975, I was being paid $450, but those were equal to pounds.
“Takanwa doro tikange ticharutsa nemari iyi, but of course, those were the old days.
“Handichanwi zvangu, but we recall those days with nostalgia.”
While some have defended Tsvangirai’s strange ‘nostalgia’ as justified comparison of two economies: a thriving Rhodesian economy and a tattered Zimbabwean economy, it is also pertinent to note that it is historical context that should ultimately vindicate his harsh judgment.
Tsvangirai belongs to the generation that went to the liberation struggle.
His age-group would be the late General Mujuru and Air Chief Marshal Tungamirai who led the armed liberation struggle he allegedly deserted.
The common narrative of his contemporaries is one of dropping out of school because their black parents had been impoverished beyond the capacity to educate them.
A similar narrative has been used by certain media to explain Tsvangirai’s alleged abandonment of school at around 16 or 17 years of age in order to help look after his siblings.
If Tsvangirai was born in 1952, then it means that his parents would have been first-hand victims of the 1952 Land Husbandry Act that destocked Tribal Trust Lands to stock European farms with livestock stolen from black people.
The institutionalised robbery was a critical part of the foundation of the racially exclusive economy which he is nostalgic about.
Chitepo equated the agenda behind the 1952 Land Husbandry Act and the 1931 Land Apportionment Act before it to a “homicidal or genocidal extermination of a people.”
It was an arrangement deliberately not meant for black people to survive outside racist servitude.
The question Chitepo proceeded to ask was: “Because they (black people) can’t survive, what must they do?
“They must sell themselves in slavery to white capitalists and imperialists.
“They must try to live.”
By his own unintended testimony, Tsvangirai himself eventually got drained into the mine where he now curiously boasts of having been earning $450 in 1975.
In Rhodesia such a figure would have been a ‘mega outrage’ and certainly a pipe-dream for a black labourer.
It is also the same year, President Robert Mugabe and Edgar Tekere left for Mozambique to contest the foundation of a racially exclusive economy upon the colonial exploitation of black people.
They had been released from over a decade long detention in December 1974.
Outside the prison walls, Tsvangirai aidhakwa kunge acharutsa, not educating himself and all indications are that the lack of vision has dogged him to this day.
And more interestingly, 1975 was also the same year David Coltart joined the racist Rhodesian ‘security’ forces to partake in the genocide that was being used to defend the system that had ‘drained’ or ‘funnelled’ Tsvangirai into the Rhodesian mines to ‘exploit’ him!
“Pay him next to nothing, because he had no alternative.
“He had to try to live.”
That Tsvangirai earned $450 which in those days would have been equivalent to British pounds is hard to believe.
But even so, it doesn’t contextually tie up in racist Rhodesia, and especially for a black man who had allegedly abandoned school to help look after siblings.
During the time Tsvangirai is claiming to have been earning $450, Reid Daly who was commander of the notorious Rhodesian Selous Scouts Regiment claims, in his book, PAMWECHETE (page 56), says “The only Special Force unit which had existed until that time in the Rhodesian Army was the Special Air Service Squadron… It was an all-white, all-volunteer unit and because of specialist training  … and because they were asked to perform tasks with a greater risk factor than an ordinary soldier, they were paid $1-20 per day more than the ordinary regular soldier.
“This was called a special unit allowance.”
When Daly proposed the same allowance for Selous Scouts, who had the grossest responsibility for the ongoing genocide, he says: “There was no objection in principle, except Army Headquarters suggested a lower sum to be paid to the African soldiers, as their pay scales were lower than European pay scales anyway.”
Daly eventually got his way and African Selous Scouts “became entitled to the same special unit allowance.”
And he says: “This was a concession of great importance to me, for it showed the African that his worth and abilities as a Special Force soldier were recognised to be equal to that of a European … (and) more importantly, from a practical point of view, it had the effect of nearly doubling an African soldier’s pay.”
Daly’s statement gives us an idea of what the African soldier’s pay was in 1975. The special unit allowance amounted to $36 per month, and if “it had the effect of nearly doubling an African soldier’s pay” it means that the African soldier was getting an average of $30 per month at the time Tsvangirai is claiming to have been getting $450.
And during the same time, those who care to remember will remember the radio advert that was used to recruit Africans into the Rhodesian Army.
The words were: “Varume pakati pevamwe varume … vanotambira mari inonzi mari!”
And in 1975, ‘mari inonzi mari’ for them was $30.
As already mentioned, 1975 is the same year David Coltart joined the racist Rhodesian ‘security’ forces to defend an exclusive white economy founded on the slavery of black people.
It is on record that his commencing salary as a 17-year-old cadet was $1 704-00 per annum which translated to $142-00 per month.
After attaining 18 years of age he attested as a regular with a commencing salary of $2 787-00 per annum, which translated to $232-00 per month.
Now, this is where the outrage lies.
The difference between Coltart and his black comrades-in-arms was over $200 per month!
The racially informed difference is clear testimony that the Rhodesian economy was not structured to serve black people, but rather to hog-tie them for exploitation by Europeans.