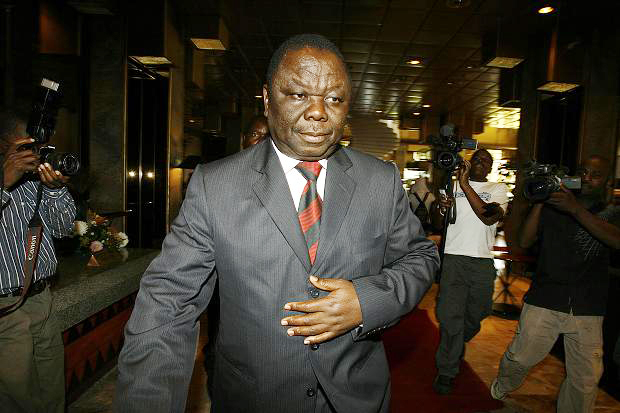 LAST week there were two major developments in the UK within the Zimbabwean Diaspora, that warrant commenting on.
The Restore Zimbabwe Stakeholders conference held on October 24 in London, which was chaired by Ephraim Tapa and attended by a few Zimbabweans and a British Labour MP made some recommendations that include “civil disobedience – not paying rates, taxes, refuse to use services that support the Mugabe regime, a political and economic blockade, and signing a petition declaring that the elections were not free and fair” ((https://www.zimbabwesituation.com/news/restore-zimbabwe-conference-london/).
Morgan Tsvangirai also visited the UK where he avoided addressing a public meeting with ordinary Zimbabweans who wanted to ask him many questions. Most of them feel let down by a leader who would have become the country’s President if he had not lost the elections.
I was told that some Zimbabweans in Manchester had planned to stage a demonstration against Mr Tsvangirai, while others wanted to take a bagful of condoms to him to encourage him to practise safer sex.
These could be the reasons why he avoided meeting ordinary Zimbabweans.
However, I had the opportunity to get some inside information from Restore Zimbabwe and an MDC-T office bearer who attended the Croydon indoor meeting.
Both insiders declined to be named.
I also spoke with Duran Rapozo, a Zimbabwean Diasporan with some expert knowledge on international relations.
A former member of RHOR said, “Tapa is a chancer.
“Some of the things that he is doing zvino displayer chibharanzi and desperation.
“In the past akambotaura kuti kuZimbabwe vanhu vari kudyanana!
“That is hogwash.
“What Zimbabwe needs at the moment is development and promoting issues of national interest.
“We have had enough of this fighting!
“People may have differences politically, but when it comes to national issues we need to work together.
“This is one thing that I have observed, and admire, about UK politics.
“They can argue politically as New Labour, Conservatives and Lib Dems, but when it comes to issues of national interest they unite.
“I will not be part of those signing this so-called petition denouncing elections.
“I am not going to be part of those encouraging sabotage.
“I urge other Zimbabweans here not to sign that petition.
“We did not vote in the election so who are we to denounce what people in Zimbabwe chose?
“A ZANU PF activist in the UK feels that people who want to continue campaigning for sanctions “are not concerned about people at home.
“I cannot believe that they want the EU to continue sanctioning Zimbabwe just because they want to extend their stay in the UK.
“Mwari nemidzimu vachapindira.
“ZANU PF is going to win elections in 2018.”
Commenting on the same issue, Mr Rapozo feels that “Tapa should not claim to have support from the US and needs to be clear when he says he ‘received a message from the US supporting the quest for a common platform for the Diaspora’.
“He should have made it clear that he is talking about Zimbabweans in the US, or the US government.
“It’s not up for Tapa to tell the people in Zimbabwe that the elections were not free and fair especially when the Southern African Development Community and African Union declared them free and fair.
“Tapa has worked with many people in the past.
“How many of those vaakamboseenza navo vaachinavo?”
On Morgan Tsvangirai’s recent UK trip, Mr Rapozo says: “Many people are not happy.
“They had mobilised to go and ask him what happened in the elections that led to his defeat.
“They had many questions to ask him regarding his flip-flopping, and why he is still hanging on to power as an MDC-T leader after such a massive defeat.
“It is time for Tendai Biti and Chamisa to challenge Tsvangirai and take over the reigns.
“Now he is blaming a lack of inspection of the voter’s roll before the elections for his defeat, Tsvangirai should not have agreed to participate in that election if he knew that he had not had access to the voter’s roll.”
An insider in the MDC-T who attended the indoor meeting chaired by Morgan Tsvangirai in Croydon said he is disillusioned with the MDC-T leader, who he said came late for the meeting so as to avoid being ‘grilled’ by the attendees. The insider, who has been in the MDC since its formation and helped to establish the MDC in the UK, says that nepotism is killing the MDC-T.
He blames Tsvangirai for surrounding himself with bootlickers.
“He wants people like Tonderai Samanyanga around him because they want favours from him,” he said.
“He is kicking out anyone of influence.
“Only Bennett had the guts to tell him the truth.
“Vamwe vose vanongobvunda-bvunda because vanodya naye.
“They will challenge him when the donor money dries up.
“Morgan Tsvangirai is arrogant and stubborn.
“He said the election was rigged two years ago by the Chinese and the Israelis yet he went ahead and participated!
“Tsvangirai anofunga kuti paakatsika hapana anogona kumubvisa although kune rumwe rutivi ari kuti if anyone challenges him in 2016 he will go.
“I will hang around and if he doesn’t quit in 2016 then I will leave the MDC-T for good.”
About Tsvangirai’s failure to address ordinary Zimbabweans, the insider said “I think he should have met ordinary Zimbabweans and addressed their issues.
“Ko dai akaita President weZimbabwe aiita sei?
“Handiti aiita President wemunhu wese nevari muno muDiaspora?”