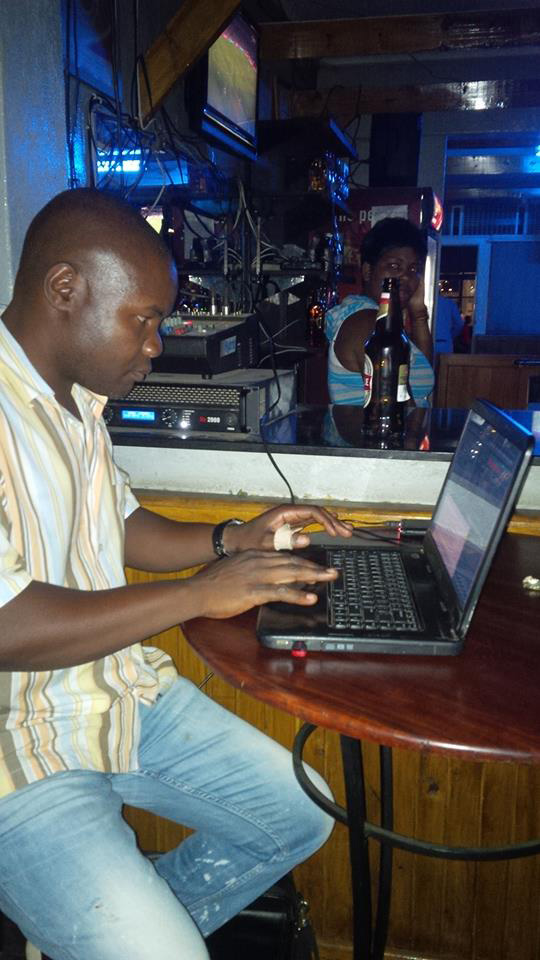 LIKE wine, Oliver Mtukudzi keeps getting better with age; a cliché the statement might be, but there is no better one to describe this granddad of Zimbabwean music!
Wikipedia will tell you that Mtukudzi, born September 22 1952 in Highfield, Harare, is a Zimbabwean musician, businessman, philanthropist, human rights activist and UNICEF Goodwill Ambassador for Southern Africa and considered Zimbabwe’s most renowned and internationally recognised cultural icon of all time.
Wikipedia is not off the mark like most outsiders often are on matters Zimbabwean, especially those from the West.
The unassuming superstar has released his 67th album Hany’Ga (concern).
And the soothing seven-track album is truly a Tuku product.
Depth, quality, experience and superb artistry are part of this offering.
At 65, the ‘old’ man is not letting up.
Most refreshing is the evidence of passion, care, concern and respect for the craft; something missing in some of today’s young musicians.
Music critic and renowned disc jockey Grastan Chipangula, popularly known as Mashasha, commenting on the latest album, said the lanky musician continued to define music in the country.
“Decade after decade, he has been delivering with no signs of fatigue; his name is practically synonymous with Zimbabwean music. To-date, he has produced more than 50 albums, over a 100 songs which are still considered among the most beautifully arranged pieces of all time,” said Mashasha.
“He is one of the country’s most important social commentators for his music has beeen, and continues to be, relevant, has educated and has brought to the fore important wide ranging issues. The music is as galvanising and uniting today as it was some 40 years ago when it urged on freedom fighters fighting for the country’s independence.”
Colonialists failed to comprehend Tuku’s music which represented part of the edgier side of the fight against imperialism serving as a symbol of a rising against oppression.
“Mtukudzi is a cultural icon who has brought a swag to local music that many artistes still can’t touch. One of the country’s greatest, Tuku tells complex and emotional stories through intricate rhymes and he does it effortlessly,” said Mashasha. Hany’Ga is a must listen.
It is a complete universe .
Going through the album and listening to songs such as ‘Matope’, ‘Bopoto’ and ‘Shiringinya’, one is enriched.
As the last song is played on the album, it becomes clear that in more than 40 years of recording, Samanyanga, as the lanky musician is affectionately called by the legion of his fans, has never drifted into irrelevancy.
“He is an intense and spiritual figure who has not allowed himself to be pigeon-holed by any single style of expression.
Through his exquisite guitar playing skills and leadership, he has constantly sought new ways to present his music, yet remaining true to his African roots,” said another music critic Goden Nyambuya.
“The husky voice that has grown to be loved not only in the country and continent but overseas continues to deliver music full of imagery, songs such as ‘Bopoto’ are pregnant with imagery which impacts listeners more strongly than the corny messages which we have become accustomed to,” he said.
Conscious of how ‘tiny’ he is in the universe, Tuku, in the fourth track ‘Inyasha’, reminds people of the grace from above which allows humanity to thrive.
Songs on the album such as ‘Mahara’ exhorts people to action. Subliminally, on a medium tempo, he delivers the message that nothing is for free.
Most impressive is the consistence shown by the artiste who came to the fore in the 1970s, cutting his milk teeth with Thomas Mapfumo’s Wagon Wheels Band.
And the KORA award-winner has been generous with talent; collaborating with various local and regional artistes who include Sulumani Chimbetu, ExQ, Fungisayi Zvakavapano-Mashavave and South African-based artistes Steve Dyer and Ringo Madhlingozi.
From the days of the hit song ‘Dzandimomotera’ he has never looked back or slackened on the guitar.
Tuku’s ability to compose songs fused with traditional and modern-day instruments has earned him international acclaim.
Tuku’s contribution in nurturing talent has earned him various accolades from local and international institutions.
His arts academy at Pakare Paye in Norton has become one of the country’s leading centres of talent development.
A man of peace, Tuku on the track ‘Wanza Sori’ encourages people not to be militant but quick to apologise in cases of misunderstandings.
The Highfield-born musician has never liked to be called a legend or a superstar, but time and time, release after release, he continues to prove that he is the stuff of legend.
The music maestro still has more to offer.