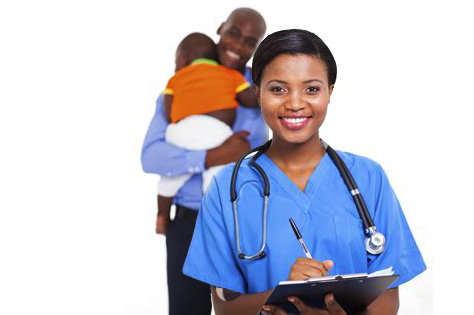 MOST married couples, the world over, develop a shared understanding of who does what in their relationship.

It is a sometimes unspoken recognition of an inevitable division of labour and responsibilities.

The current commonly agreed ‘politically correct’ plan for marriage is an equal sharing of chores and other duties; but this plan is not followed now, any more than it has been throughout history.

For instance, sometimes the male is charged with taking care of the eggs. This leads to a narrative that there are roles which are embedded in our natural ecosystem and reversing them may create contradictions.

Most societies tend to have gender-specific roles, and it becomes a burden to the one forced to adjust to a role which is ‘naturally’ not his/hers.

Although there is division of labour in human affairs between the sexes, there are changing societal expectations reflected in somewhat different gender roles, at different times and depending on which side of the equator one is.

Looking back in time, in Zimbabwe in particular, men were employed out of the home, while women tended to the household.

The Zimbabwean situation has always dictated that men be adventurous breadwinners, while women manage the home.

That meant not only housekeeping, but taking primary responsibility for child upbringing.

However, when people emigrate to the Diaspora, the tables are turned.

Most women work and contribute as much as the men, if not more.

Inevitably, household responsibilities must be shared.

But they are not shared equally.

The Zimbabwean man’s reading of expectations in a marriage is that men still fix things and take care of the automobiles.

Women still have the primary responsibility for the proper maintenance of the home and the welfare of the children.

If both parents work, for instance, it is more often the mother who takes time off to take a sick child to the doctor — unless the father’s schedule is much more flexible.

Most women — although not all — do the cooking and cleaning.

Most men — but not all — do the repairs.

This arrangement is so deep-rooted in the Zimbabwean male psyche to an extent any change of the role creates contradictions.

The problem now manifests when the woman gets a well-paying job.

In the UK, it becomes easy for a woman to get a job ahead of the man.

Most women are in the care industry and earning more than their husbands.

Some have gone into nursing, which pays handsomely in the UK.

Unfortunately, in some instances when the monetary power has tilted towards the woman, the man is subjected to humiliating treatment.

One case that comes to mind is that of baba Simba who became famous after a social media video went viral.

Baba Simba was going on about how shocked he was when his wife declared that she would go out to see her friends and even sleep there, without tending to her household obligations.

It was reported baba Simba’s wife declared that she would drink wine and any other intoxicating beverages without restrictions.

In her demands, she stated she would do it because her husband used to do the same back in Zimbabwe when he was earning more.

Generally, when a woman in the UK is the breadwinner, and being a nurse adds more stripes on her shoulder, trouble might soon start to brew in the home.

It is also noteworthy that most nurses practising in the UK benefitted from adult entry where their ordinary levels did not count.

Some of these nurses never dreamt of being nurses in their lives and the shock of such windfall makes them financial bullies.

However, practising nursing in the UK should not define a person, but at times it brings out the the worst in people.

People, particularly women, object to these seemingly glib caricatures of the various roles women and men play in marriage — and we are not saying that this state of affairs is necessarily the way things should be — but these generalisations are still a description of how things actually are; with exceptions, of course.

Women tend to be in charge of decorating the house and making other purchases for the home; choosing drapes, carpets and, of course, making sure they are clean and cared for properly.

Where a couple lives is still more likely to depend on where the husband works, rather than where the woman works. The man is likely to be better paid. If the woman gets a penny more, the man is forced to move nearer the wife’s workplace.

Many marriages have seen their end because men are shocked with the reality they face in this case.

If someone tosses a ball around with the kids, it is likely to be their father. If the kids need to be driven to activities, it is usually the mother who does the driving. She is also likely to be the one buying clothes for them.

Social arrangements, such as dinner with friends, are likely to be managed by the wife.

Wives are more likely to initiate discussions about planned vacations. All sorts of little tasks fall to one or other of a couple almost by chance and habit.

The husband might take out the garbage, do the barbecue and carry packages into the house.

The wife might dress the children, make arrangements with the handyman and call family members.

However, there are other tasks which seem to be up for grabs.

Financial matters: Not long ago, it seemed husbands were more likely to be in charge of the family finances.

Now with the changes in salaries and availability of more jobs to women than to men, either spouse may end up managing the bank account, paying the mortgage and, in general, dealing with a budget —although, often enough, no one is dealing with the budget.

It is common now for husbands and wives to have separate checking accounts. Somewhat less common is the practice of some couples of keeping their funds separate.

John Mkaya, aka baba Simba, was shocked when the wife refused to cook; she comes home when she wants and may stay away for days. She does not cook anymore and openly tells the husband that she is a nurse and if the husband is fed up, he must leave the house. This comes as a shock, especially when the man is fresh from Zimbabwe.

Peter Mabhaira from Leicester narrated his sad story: “My wife is a nurse and earns more than me. She tells me that she can play with her workmates anytime. Some of them will come home and walk

right into my house grinning and mumbling their salutations to me as if I am the hired help.

“After a few minutes, she too walks out hand-in-hand with a guy. Only to shout on her way out: ‘Iwe ubikire vana takumboenda out na Clyde’.”

He wiped tears as he gazed up in the sky as if he has just discovered heaven.

The situation is just bad.

This culture is strange and completely new. She knows the husband cannot touch her or else the law would deal with him.

Paul Chitengu had a more painful story. His wife refuses him his conjugal rights. She always complains she is tired and cannot be bothered. Sometimes she complaints that sex tires her and the husband must not try it. He sleeps in the same bed but will not touch her for he can be reported for rape.

George Matara from Luton stated that his wife demanded that he exercise his rights with a condom. He was told in no uncertain terms there should always be a condom in the house — or no sex. It is a curse sometimes to be married to a woman who earns more than you.

However, there are some nurses who are very responsible, very human and respectful to their families.

Mathew Chikodzonga said he does cook for his children and he is happy to do so.

His wife asks with respect and will also ask for permission to hang out with her friends.

“The behaviour of my wife makes me respect her, so I trust her more,” said Chikodzonga.

“It is usually the case that one spouse says ‘we need this’, about a particular expenditure while the other says, ‘we can’t afford it’.  Usually, throughout a marriage, each spouse is likely to take the same position.

“These roles are not gender-specific,” said Dr Maphosa from Birmingham City.

“Women become difficult only if the men start to be unreasonable.”

In the UK, it is mostly women who go to church. In some instances, men take a lead but women get quickly convicted by the word to the extent of fanaticism.”

“In child rearing no one parent, by virtue of being the mother or the father, has the last word, especially in disciplinary matters,” observed Dr Mpofu from Leeds.

“Sometimes parents do not come to an understanding about such issues, and ugly confrontations ensue, upsetting the children. Parents who have different attitudes about education are likely to disagree on how much studying a child should do.

“Children can learn to exploit these differences and become manipulative, which is not in their long-range interest.”

Pastor Denias Chihwai, who runs a family life programme in the UK stated: “There used to be relatively clear-cut attitudes about sex.

“The man’s wishes were what counted. No one believes that anymore; but there is still an expectation in our culture, that the husband should take the lead in initiating sex.

“But not all the time.  Husbands and wives are not likely to start off automatically in agreement about exactly how much sex they would prefer to have.

“These differences can be readily compromised if there is good-will; and the same is true for sexual matters. However, it is true that often one of a couple (and sometimes both) is unhappy with their sexual adjustment.

“Usually, the discontent centres on having too little sex; and the person who wants to have more sex is just as likely to be the wife as the husband.

“Some couples seem to adjust to having very little sex, while others do not. The level of dissatisfaction often mirrors other dissatisfactions in the marriage.”

There was a time when husbands were in charge. In some areas of the world, that is still plainly the case. In fact, in some places, like Zimbabwe, women are not only cast into a submissive role, but are treated as the second-in-command.

In most families in the UK, the highly paid partner claims to be in charge. In most cases it is the man who is relegated to second position.

Looking at many families, it is difficult usually to say one spouse or other is really in charge. Gender roles are shifting and complicated, as described above. One person can be the final word in one sort of issue, like finances, and have little to say about other matters, such as dealing with the children. Still, there are couples whose friends would agree that one person is clearly ‘the boss’.

The individual and more or less arbitrary division of labour in a marriage is not likely to undermine its success. As is always the case, the success of a marriage will depend primarily on mutual respect and affection.

The most publicised case of mai and baba Simba is a very unfortunate case and is not what most Zimbabweans in the UK are doing.