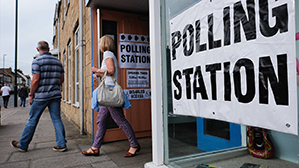 GOODBYE United Kingdom (UK) we may get United Ireland (UI) instead.
Goodbye Great Britain, we may get Scotland in EU instead.
Welcome to Britain of England-Wales, if they care for that vocabulary.
Welcome to new-born England, June 23 being the Day of Independence.
On June 23, a slight majority of British voters decided to leave the European Union (EU), Brexit is the coined word for it, in a nationwide referendum.
Immigration was by far the best issue for the ‘Leave’ campaign.
The Brexit referendum was voted mainly based on racism, intolerant attitudes and Britons’ animosity towards immigrants.
There is certainly no denying there has been an enormous surge in the number of migrants arriving in the UK in the past few decades.
In 2015, 630 000 migrants from the EU, Middle-East and Africa went to the UK.
This year, the UK ushered in an additional 333 000.
While relatively few of these migrants actually made it to Britain, the idea of a foreign invasion was all over British media.
Sometimes, these new EU immigrants were willing to undercut their local competitors, leading to the widespread tabloid stereotype of the ‘Polish plumber’ stealing Britons’ work.
They argue this ‘swarm of migrants’ take jobs from native British citizens, that immigration drives down wages for everyone and immigrants steal school places from their children.
Hence the Brexit.
But Britons did not anticipate Brexit could be the beginning of the disintegration of the United Kingdom.
Great Britain and Northern Ireland comprise four countries namely England, Scotland, Wales and Northern Ireland.
The creation of the UK goes back to 1801 when there was a unification between the Kingdom of Great Britain and the Kingdom of Ireland, creating the United Kingdom of Great Britain and Ireland.
Britain has a population of 63 million, with England contributing the highest at 53 million, followed by Scotland with a population of 5,3 million, Northern Ireland with 1,8 million and Wales with three million people.
Overall, 52 percent of voters want to leave the EU and 48 percent to stay.
Greater London, Scotland and Northern Ireland all voted to remain in the EU.
The majority of England, along with much of Wales, voted to exit.
Although the cover of British passports bears the words ‘European Union’ and ‘United Kingdom of Great Britain and Northern Ireland’, the kingdom does not look so united any more.
A very strong ‘Remain’ vote in Scotland has reignited speculation of another independence referendum there while, within hours of the result, officials in Northern Ireland, where voters also backed Remain, called for unification with the Republic of Ireland.
Northern Ireland’s deputy leader Martin McGuinness on Friday last week called for a vote to unite the two sides of the Irish border.
Roman Catholics in British-ruled Northern Ireland have long sought to reunite with Ireland.
Under the EU, the border issue was diminished.
However, the British government has now forfeited its mandate to represent the north of Ireland in relation to the EU.
Ireland was split into two separate jurisdictions in 1921; Southern Ireland and Northern Ireland.
Southern Ireland left the United Kingdom under the Irish Free State Constitution Act of 1922.
As for the Scots, they voted two years ago to remain in the UK, though a key argument at the time was a desire to stay in the EU.
“There will no longer be Great Britain, at best you will have Little Britain,” said Richard Haas, United States Special Envoy to Northern Ireland.
“This is Dissolution Day.
“This will light the fuse for Scotland, a second referendum to leave the UK.
“They will opt for Europe over the UK.
“I also worry about then what happens in Northern Ireland.”
Gilbraltra, a British Overseas Territory on the south coast of Spain, is in talks with Scotland about a plan to keep parts of the UK in the EU.
One possibility under discussion is for Gibraltar and Scotland, which both voted to remain in the EU, to maintain the UK’s membership of the bloc.
Northern Ireland could also potentially be included in the discussions.
The UK is literally a nation in ‘Brits’ and pieces.
Britain is no longer what it was.
The English language is better known in its American and Hinglish versions.
Many would say the French croissant and American muffin have long overtaken the sandwich.
No wonder the British are worried about their daily bread.
More so Britain may be celebrating its splendid isolation but can young Britons return to a diet of only Yorkshire pudding after having tasted Europe-style nouvelle cuisine?
It may become dreary to be just a nation in an interdependent world.
Britain is finally grappling with reality.
Following the referendum results, the pound sterling suffered its worst fall since Black Wednesday in 1992 when currency speculators, led by George Soros, caused a collapse in the value of the currency.
As of late yesterday, the pound was down against all major currencies, and off 10 percent against the US dollar to its lowest level in more than three decades.
In addition to the disintegration of UK, Brexit will open the floodgates for other anti-European forces within the Union.
Soon after the referendum’s outcome was announced, France’s National Front issued a call for ‘Frexit’, while Dutch populist Geert Wilders promoted ‘Nexit’.
Wilders declared the result a precedent for other countries to exit the EU, arguing: “We want to be in charge of our own country, our own money, our own borders and our own immigration policy.
“If I become Prime Minister, there will be a referendum in the Netherlands on leaving the EU as well.”
That view, amid a rising tide of nationalism and anti-immigration sentiment in EU periphery nations such as Greece, Spain, Portugal and parts of the former Eastern bloc, will in no time take Europe down the path of disintegration.
Could this be the end of the ‘great’ Britain Empire?