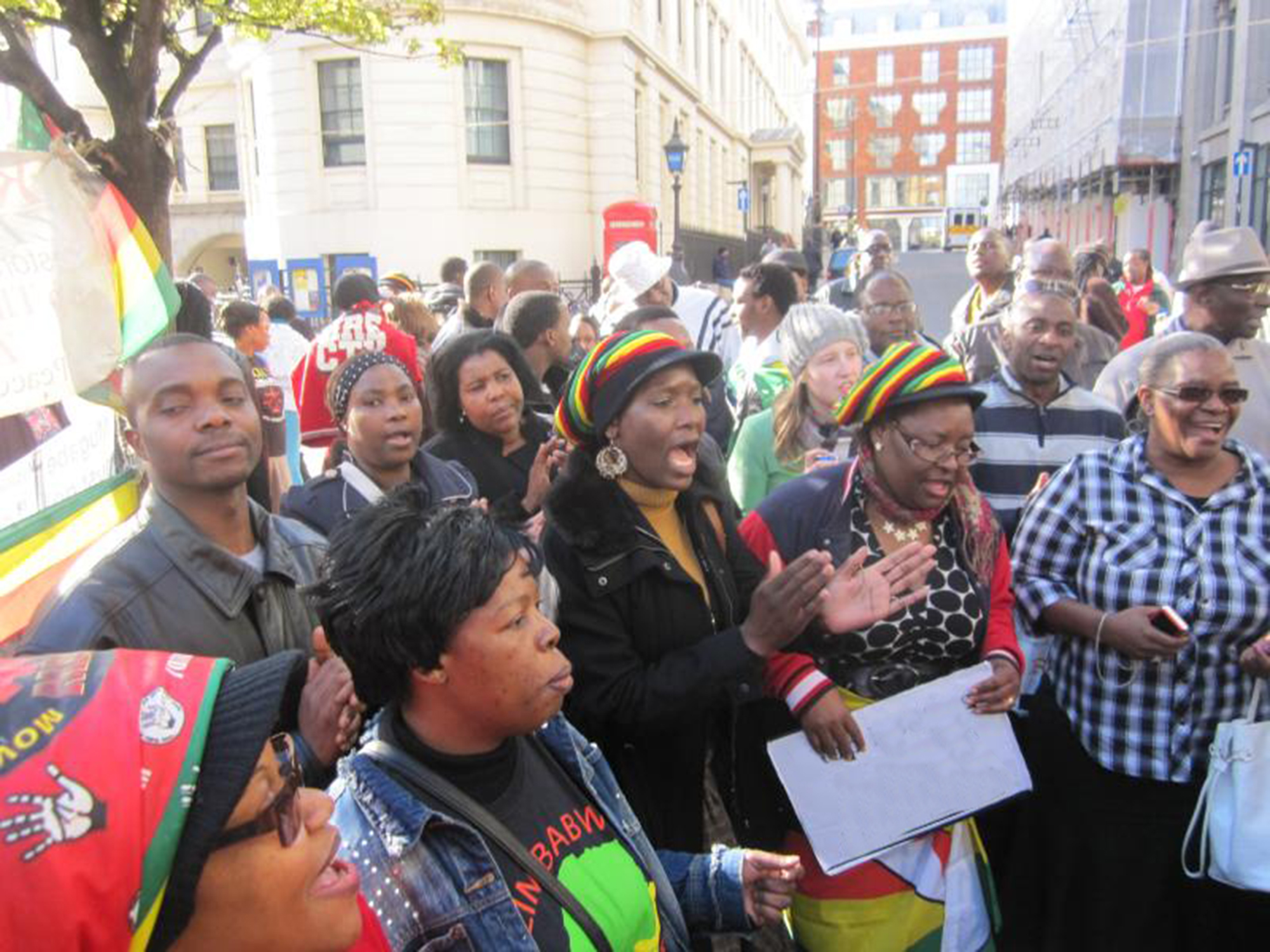 WHEN I was young we used to sing a song urging a rock-lizard to dig a hole to seek shelter from the impending rains.
“Chidhanana chera mwena, nekuti mvura ichawanda!”
These lyrics have never been as meaningful to me, and to many people in the Diaspora, as they are today.
We found false solace in the UK (Diaspora) and some of us forgot that “mvura yakawanda ichauya!
“Hatina kuvaka kana kutenga dzimba kumusha!”
And the UK immigration officials have resumed deporting Zimbabweans back home.
In 2008, the then Home Secretary, David Blunkett said he was suspending deporting Zimbabweans: “Deportations of asylum seekers to Zimbabwe are to cease until after the country’s general election in March.” (The Mail online). Now the UK government has to deal with bread and butter issues affecting ordinary Britons and the deportations have been resumed.
Last week, the British immigration authorities successfully deported a 55-year-old granny from the UK to Zimbabwe.
However, some political activists wasted no time to politicise this deportation. An online newspaper, NewsdzeZimbabwe, quotes one Zimbabwean activist as saying, “As of Friday, we have lost contact with Evenia.
“We understood she was flying from Heathrow to Nairobi and then on to Harare.
“But we have not heard anything.
“All flights are monitored by the security forces and they would have been waiting for her at the airport when her plane landed.”
However, British MPs no longer believe these absurd lies.
Zimbabwean asylum seekers have been abused for political expediency by those advocating a regime change in Zimbabwe.
Many female asylum seekers have been used as sexual objects by some activists in the UK in return for letters to support their asylum applications.
An MDC-T activist in Middleborough told me that he was horrified when some of his colleagues told him to choose “any woman to sleep with” from a group of female asylum seekers.
“Takavatenderedza vese,” he was told.
“Havanetse if you buy them KFC.
“Kana uchida wekugara naye achikubikira, you can also get one.”
There is also the issue of HIV and AIDS which is very high among our own Diasporan community.
Failed female asylum seekers are also exploited for labour.
They are made to work in people’s (Zimbabweans) homes for a pittance.
In Coventry I met a 56-year-old female asylum seeker who ‘worked’ for an abusive Zimbabwean couple.
Her domestic chores included cooking, washing, ironing and taking children to and from school, in return for food, accommodation and £30 per week.
She has since left the family and now works for another family in Birmingham where she said she is being treated with some respect.
On May 12 2012 an online newspaper, The ZimDiaspora, in their article ‘Zimbabwean lawyers exploiting asylum seekers in UK’, wrote about how some Zimbabwean lawyers are exploiting asylum seekers by charging exorbitant legal fees, as much as “£2 300 for cases legally pegged by the British Government at £450,” the paper reported.
Tendai, a Zimbabwean social worker in Manchester who works with destitutes, says the situation is very pathetic for failed asylum seekers from Zimbabwe who are waiting for deportation.
His organisation, which is supported by the British Red Cross, provides accommodation to 22 destitute asylum seekers.
He says “Most of them can’t go home because they have nothing in Zimbabwe. “I recently helped a 37-year-old Zimbabwean woman who is HIV positive and pregnant.
“She is a destitute and there is little that one can do to help them other than to just provide them with food and accommodation.”
He hopes the lady in question would be given Discretionary Leave to Remain (DLR), which is usually three years, because she is now under the Department of Social Services (DSS) support and not the immigration’s National Asylum Support Service (NASS) support.
Tendai helps Zimbabwean men who are now alcoholic out of desperation because they cannot work because they do not have papers and they are waiting to be deported.
“There is a lot of pressure in the Diaspora.
“I help women who have turned to alcohol because of the pressures in this country.”
In Tendai’s view “many people don’t want to go home because they realise that vakatambisa nguva muno pasina progress yakaitwa kumba.
“Others have broken marriages.
“Vakadzi kana varume vavakasiya kumusha have moved on.
“So it is difficult to return home with nothing.
“Muno macho mabasa hamuna.
“The immigration laws have been tightened up.
“Kana kutsvaga imba yekugara chaiko they are now asking for immigration papers.
“It’s tight!”
It is estimated that about 4 million people migrated to the UK since New Labour came into power.
Migration watch chairperson, Sir Andrew Green says “four million immigrants in 13 years is an astonishing figure – the highest in our history, including the Norman Conquest in 1066.” (Sky News July 11 2013).
It is also estimated that there are about 600 000 European Union immigrants now living in the UK, most of whom are unemployed and living on social security benefits.
The MDC-T’s call for the UK government to stop deportations will be ignored. It is now up to individuals to make hay while the sun is still shining.
For as long as immigration is a thorny issue here, we will continue to be deported.
Last month, UK newspapers reported the case of Edward Kuwateedza, a 54- year-old homeless Zimbabwean who died in London.
The people he drank with at the pub ran an appeal to raise money for his cremation so that his remains (ashes) would be sent to Zimbabwe.
It’s time the Diaspora community take heed of the lyrics of “chidhanana chera mwena mvura ichauya.”