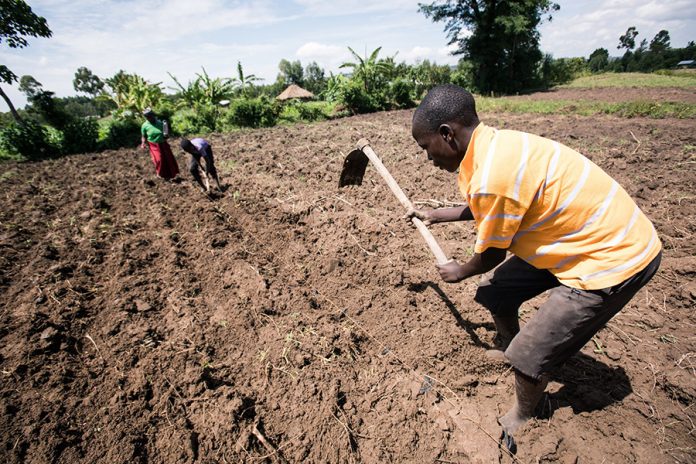 ZIMBABWEANS were caught unawares by tropical Cyclone Idai in early 2019, which ravaged most parts of Manicaland, lashing bordering Mozambique and Malawi while leaving a trail of disaster that killed hundreds of people with thousands left homeless.

In the dawning of 2020, equally strange weather patterns persist over Zimbabwean skies.

Masses of ink-grey clouds loom then drift as if to tease the land. Then, when one least expects it, the rains are upon us; sometimes stealthily and at other times urgently.

These are usually heavy rains, accompanied by violent, angry dins of thunder that boom and reverberate in dark skies, lit by flashes of livid lightning, then a slight drizzle and the rains peter off.

At time, as dusk descends on the soil of our ancestors, it rains again — steadily, then pauses and stops in the early evening.

Sometime, close to midnight and throughout the early hours of the morning, gushes of rain pummel the land in promise of a good harvest.

At daybreak however, the sun rises hot and livid, as if it had not rained at all.

Cattle, irate from flies, mites and ticks, flick their tails incessantly, toss their heads and twitch their ears.

With the lull in the rainfall, some farmers are currently re-sowing their maize crop that had been submerged and ruined by heavy rains that fell in mid-January 2020. Overwhelmed by rain-induced, tick-borne diseases, the MaShona cattle are losing their disease-resistance status.

These are some manifestations of climate change and global warming in our otherwise bountiful land that citizens, in particular governments and farmers, ought to take heed of.

El Niño in 2019, brought havoc, swept houses and drowned many humans and animals on our borders where the hurricane overflowed into Zimbabwe from Mozambique, at high speed with heavy torrents that pummeled the land.

Zimbabweans were part of the 15 million people in southern Africa threatened by the El Niño-induced famine.

These are the signs of the times.

Climate change has dawned upon us.

As a result, in what would be an unprecedented catastrophe for agriculture, farm incomes in Zimbabwe are expected to decline by as much as 38 percent by 2050, as temperatures soar 3,4 percent, according to a new study by Science Direct.

The study shows the extent of damage that climate change will have on rain-fed agriculture in four sub-Saharan African countries including South Africa, Cameroon and Ethiopia, where higher temperatures are predicted to cause annual rainfall to decline by 1,1 percent.

The study further predicts agriculture commodities prices to rise three to seven percent by mid-century across the four economies due to increased food scarcity.

In Zimbabwe, maize output is seen declining by 37,7 percent.

The output of sorghum and maize in the other three countries is expected to decline by between six and 30 percent.

In Zimbabwe, as elsewhere, seasons have altered from the traditional rainfall patterns and periods of October through to March. Floods follow droughts and vice-versa. These are surely signs of a new weather phenomenon in Zimbabwe and the sub-region as a whole.

So, what is this climate change?

Not long ago, few envisaged that humans could affect the planet’s climate as a whole.

However, in 1899, Thomas Chrowder Chamberlin, a scientist, developed, at length, the idea that changes in climate could result from changes in the concentration of atmospheric carbon dioxide.

But, by the end of the 19th Century, scientific opinion had turned decisively against any belief in a human influence on climate and dismissed Chamberlain’s theories.

Today, every astute and concerned scientist is aware of the climate change phenomenon.

Was Chamberlain’s hypothesis right after all?

Zimbabwean farmers, agronomists, veterinarians, meteorologists and agricultural scholars need to know that since the 1990s, global scientific research on climate change has encompassed multiple humanitarian and scientific disciplines and has expanded considerably; the entire world is living in the face of climate-change and Zimbabwe is equally affected.

Research during this period (1990s), has been summarised in the Assessment Reports by the Inter-governmental Panel on Climate Change in the US, almost a decade-and-a-half later.

According to an article published in May 29 2014, by the Panel on Advancing the Science of Climate Change, at the National Research Council, I attended in Washington DC in 2010, ‘Advancing the Science of Climate Change’: “…there is a strong, credible body of evidence, based on multiple lines of research, documenting that climate is changing and that these changes are in large part caused by human activities. While much remains to be learned, the core phenomenon, scientific questions, and hypotheses have been examined thoroughly and have stood firm in the face of serious scientific debate and careful evaluation of alternative explanations. Some scientific conclusions or theories have been so thoroughly examined, tested and supported by so many independent observations and results, that their likelihood of subsequently being found to be wrong is vanishingly small.

Such conclusions and theories are then regarded as settled facts. This is the case for the conclusions that the earth system is warming and that much of this warming is due to human activities”.

Similarly, a decade before, at a global climate convention hosted by The United Nations Framework Convention on Climate Change in March 1994, it was decided that: “Climate change means a change of climate which is attributed directly or indirectly to human activity that alters the composition of the global atmosphere and which is in addition to natural climate variability observed over comparable time periods.”

In 1985, a joint UNEP/WMO/ICSU Conference on the Assessment of the Role of Carbon Dioxide and other Greenhouse Gases in Climate Variations and Associated Impacts concluded “…that greenhouse gases are expected to cause significant warming in the next century and that some warming is inevitable.

What impact has this global meteorological and environmental phenomenon had on the sub-region of Africa and, in particular, on agriculture and agronomy in Zimbabwe?

Zimbabwean farmers need to be cognisant that climate change in Zimbabwe can cause a change in the type, distribution and coverage of vegetation which may occur, given a change in the climate. Some changes in climate could have the effect of inducing increased precipitation and warmth, resulting in improved plant growth and the subsequent sequestration of airborne carbon dioxide.

A gradual increase in warmth in a region will lead to earlier flowering and fruiting times, driving a change in the timing of life cycles of dependent organisms.

As a result of the chronology of the farming seasons continuously altering, local farmers need to be aware of the ever changing sowing and harvesting seasons and may have to plant later than the conventional normal Zimbabwean farming season.

In Zimbabwe’s Iron-Age history and archaeological and climatology studies, particularly some accounts of the mystery of the collapse and consequent vanishing of the Great Zimbabwe Dynasties, climate change is cited as one of the factors that could have affected the civilisation of Great Zimbabwe — MaDzimbahwe.

Though this hypothesis is still subject to further scientific research, traditional rain ceremonies (mukwerera) are proof that weather abnormalities are nothing new.

The recent changing and staggering of sowing and harvest seasons for farmers in Zimbabwe is testimony to the effects of climate change and has to be taken seriously and noted for posterity.

Dr Tony Monda is currently researching Agronomy, Farming and Veterinary epidemiology in Zimbabwe. He is a writer, lecturer and a specialist Post-Colonial Scholar, Zimbabwean Socio-Economic analyst and researcher. He holds a PhD in Art Theory and Philosophy and a DBA (Doctorate in Business Administration) and Post-Colonial Heritage Studies. E-mail tonym.MONDA@gmail.com