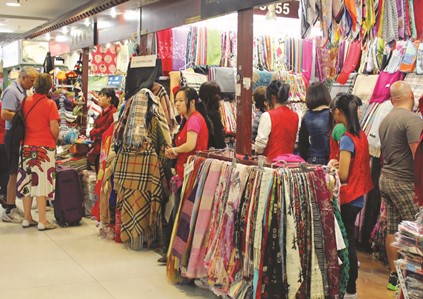 CHINA in an effort to inspire and let developing countries draw lessons from its experiences that have led to its becoming an economic powerhouse has opened up its doors.
Over the past years the Chinese government has organised exchange programmes for nationalities drawn mainly from African countries.
One such programme is the Seminar for Media Practitioners which I was privileged to participate in last month.
The 21-day-long seminar which was attended by media practitioners drawn from both the private and public media was organised by the Ministry of Industry and Commerce.
The 20 media practitioners were hosted by the Chinese Academy of Governance whose main mandate is to train senior civil service officials.
Being one of the most topical issues in the media nowadays, the chance to be in China gave me a new perspective of the country.
Arriving in Beijing, the capital city of China one is greeted by the bright lights and towering buildings.
Unlike, Zimbabwe which has vast tracts of land, China in order to accommodate its huge population of 1,4 billion is building upwards due to lack of space.
Beijing has a population of 21 million, eight million more than that of Zimbabwe.
It is these towering buildings built in unique shapes and sizes that are a marvel to see.
The inquisitive, but friendly faces of the Chinese people welcome the visitors whenever one meets them be it in the supermarket, subway, hotels or markets.
With most Chinese people not conversant in English communication proved to be a challenge, but the smiling faces always reassured us that they were happy to see foreigners in their country.
For some it is the first time to see a black person and the fascination is evident by the constant pleas to have photographs taken with black people.
Some were fascinated by the hair, skin colour and even body structures.
During the first week of arrival in Beijing, the skies in the morning were covered by a thick fog which was attributed to pollution resulting from the effects of the massive development in the country.
After a week the skies cleared and the beautiful view of the city could now be seen.
During the seminar, various lectures were conducted educating the media practitioners on the Chinese culture, political structures, history and foreign policy.
As part of making the media practitioners appreciate the Chinese culture, Chinese traditional dishes were served at all meals.
Having heard of stories back home about how the Chinese eat even dogs and snakes, most were skeptical about the food at first.
It was after being assured that dog meat is not eaten in most parts of China and that the familiar chicken, duck, beef and pork were to be served.
Trying out the shrimps, crabs, tofu and dumplings was indeed an experience and these foods later became a hit among the Zimbabweans.
During the exchange programme, places of interest were visited including the Tiananmen Square, The Forbidden City and the Great Wall.
What struck me most was how the Chinese people attach value and importance in visiting their own places of interest.
To them learning more about their history is important and integral for the development of their country.
Zimbabweans can learn a thing a two from the Chinese when it comes to upholding history and culture.
Domestic tourism accounts for 10 percent of the country’s Gross Domestic Product (GDP).
During the stay in China we visited other provinces; Hangzhou and Shanghai the commercial capital of China.
The trip to Hangzhou was memorable as it was by bullet train and it was the first time for most of the media practitioners from Zimbabwe.
Hangzhou is where the tallest building in the country with 102 floors is situated.
Another building with 120 floors is under construction in the same province.
Life in Shanghai which has a population of 25 million is fast.
Another highlight of the seminar was the experience at the markets where the bargaining technique is used to purchase goods.
Some have described it as a heartless way of doing business with other applauding the Chinese for being entrepreneurs who seize every opportunity presented to them.
One has to be a good bargainer if they want to buy the goods at a reasonable price if not one can buy for instance a pair of jeans four times its price.
The Chinese experience was indeed an eye-opener.
Despite the negative stories being peddled by Western countries that feel threatened by the rise of China as an economic powerhouse those cannot take away the fact that the rise of China will continue.